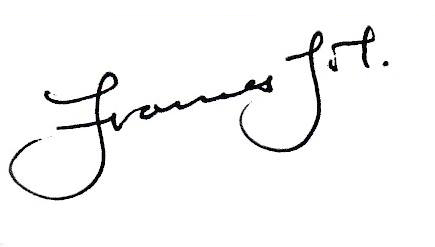 We are often told it is more blessed to give than to receive. And Hong Kong people certainly live up to the saying. Hong Kongers are generous donors and enthusiastic volunteers. Last year, the city ranked in the top 20 countries and regions in the World Giving Index, with around 63 per cent of the population donating to charities. It is also undeniable that charities play a vital role in our society, contributing to a vibrant civil society and advancing Hong Kong’s social and democratic development.

But behind this glowing picture are grey areas –– questions left unanswered, challenges left unrecognised and problems left unsolved. In this issue of Varsity, Periscope examines the seemingly clear-cut topic of charity by looking at different aspects of Hong Kong’s third sector.

We start by looking at how charities are regulated in Hong Kong. Under the existing charity regulatory system, the legitimacy of many charitable organisations is ambiguous and this makes it easier for fraud, scams or abuse to take place. The introduction of tighter rules can help prevent fraud, provide confidence for donors and create legal mechanisms to ensure funds are not used for personal gain. But the flip side of increased control, is the spectre of bureaucratic and even political interference and administrative requirements that would create great challenges for the operation and survival of small scale charitable organisations. To what extent would regulation affect the independence and autonomy of the sector?

Despite the absence of charity laws and regulations, Hong Kong’s charitable organisations, also called non-governmental organisations (NGOs), are relatively developed, especially compared to the Mainland. The concept of NGOs is still fairly new  in China and Chinese NGOs face numerous challenges, ranging from problems with registration and funding, to a lack of manpower and skills. As a part of China and sharing aspects of language and culture, Hong Kong is in a unique position to offer assistance and act as a reference for the development of Chinese NGOs. In our second story, Varsity explores Hong Kong’s current and future role in the development of Chinese NGOs and civil society.

Charity is also a growing concern of the private sector as the concept of corporate social responsibility (CSR) becomes more prominent. CSR programmes are well received by those who regard CSR as a meaningful attempt by businesses to contribute to society’s wellbeing rather than just fulfilling economic and legal obligations. Critics, however, say the idea of CSR is just a business model, a risk management device and a public relations tactic for advertisement and image building. How do businesses make sense of the idea of CSR, when the altruistic rationale of charity fundamentally contradicts their profit-seeking goals?

Through looking at charities, non-profit organisations and the charitable activities of businesses, we hope to explore some of the hidden problems and challenges faced by the so-called “third sector”. Charities and NGOs are a vital part of our civil society –– a well-developed third sector can provide a balance to government and business and help Hong Kong develop as a vibrant and diverse society.

Now I proudly present the March issue –– produced through the concerted efforts and unremitting hard work of Varsity’s advisors, editors and reporters. I sincerely hope you find this issue an enjoyable and inspiring read.