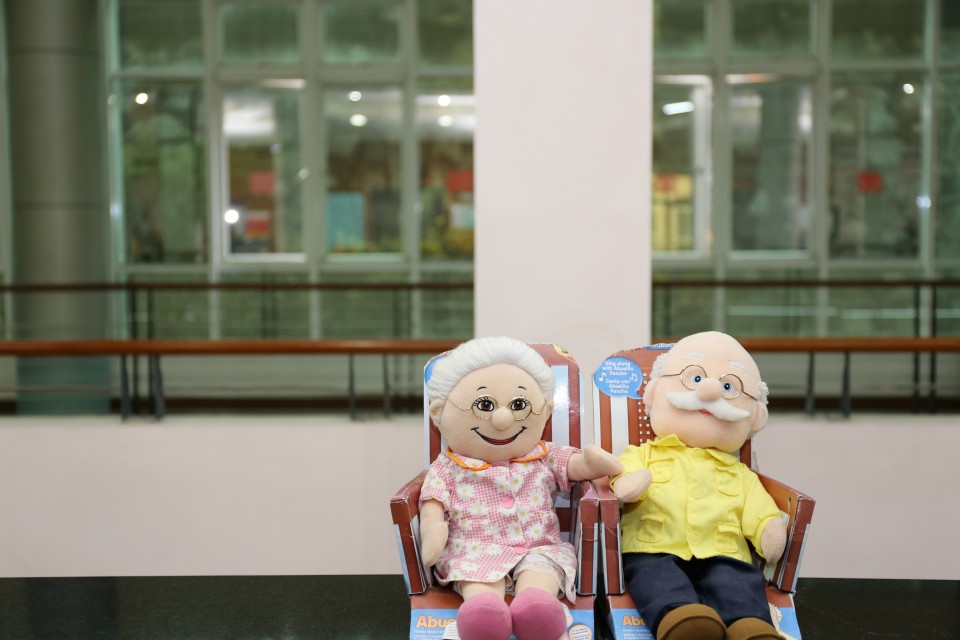 by Total Lam and Brian Wong

Uncle Cheung sits bundled up in a thick jacket and wears a knitted wool hat. It is a cold wintry day in Zhaoqing, Guangdong but the 83-year-old Hong Kong retiree is comfortable in his surroundings. “I tried out staying here for a month first. I was satisfied with the accommodation, food and services. So then, I chose to live here,” he says of the Hong Kong Jockey Club Helping Hand Zhaoqing Home for the Elderly.

Cheung is originally from Guangdong and came back with his wife two years ago. Their daughter had emigrated to the United States and the couple had no other family in Hong Kong, but they have a son who lives nearby in Zhaoqing.

What Cheung likes about the centre is the space and the facilities. Whereas elderly homes are crowded in Hong Kong, here there are spacious corridors, huge television rooms, landscaped gardens, exercise equipment, a fishpond and vegetable patches.

He can also receive acupuncture to alleviate recurrent pain in his lower back in one of the two rehabilitation rooms at the centre. Massage and traditional Chinese tuina therapy are offered too.

Cheung is one of only 25 Hong Kong elderly people out of the 103 residents at the home, which opened its doors in 2001 with the aim of providing accommodation and services to elderly people from Hong Kong as its priority. The Hong Kong Jockey Club also has another centre in Shenzhen, the Society for Rehabilitation Yee Hong Heights, providing similar services.

The centres were built to help alleviate pressure on the demand for places in government-subsidised nursing and care homes in Hong Kong. Figures from the Social Welfare Department show that close to 30,000 elderly people were on the waiting list for such places at the end of January this year. They can expect to wait for an average of 35 months for a place in a nursing home and 20 months for a care-and-attention home.

In this year’s Policy Address, the government stated it plans to purchase 300 to 400 residential care places in the Zhaoqing and Shenzhen homes for those on the Central Waiting List for subsidised residential care in Hong Kong. This follows the implementation last October of the Guangdong Scheme for Hong Kong residents aged 65 or above living in Guangdong. Under the scheme they will keep receiving their Old Age Allowance without having to return to Hong Kong every year.

The government insists the policies are aimed at providing the elderly with more choice and are not an attempt to “outsource” Hong Kong’s increasing elderly population.

So far, more than 9,000 people are benefitting from the arrangement. Legislator Chan Yuen-han, of the Hong Kong Federation of Trade Unions, says the federation’s mainland service centres have received many enquiries from elderly Hong Kong people in recent months.

Chan says many of the elderly who retire in Guangdong do so because that is where they originally came from and they do not have many relatives in Hong Kong. “Goods and food are cheap. Living spaces are bigger than in Hong Kong, and most importantly, relatives are here [in the Mainland],” says Chan.

She says there are also groups of friends without prior social networks in the Mainland who retire there together. Some may have bought property in the Mainland when prices were lower. However, as they grow older and their health deteriorates, depleting finances and the cost and quality of medical care become concerns. The appreciation of the renminbi adds to their woes and some choose to return to Hong Kong.