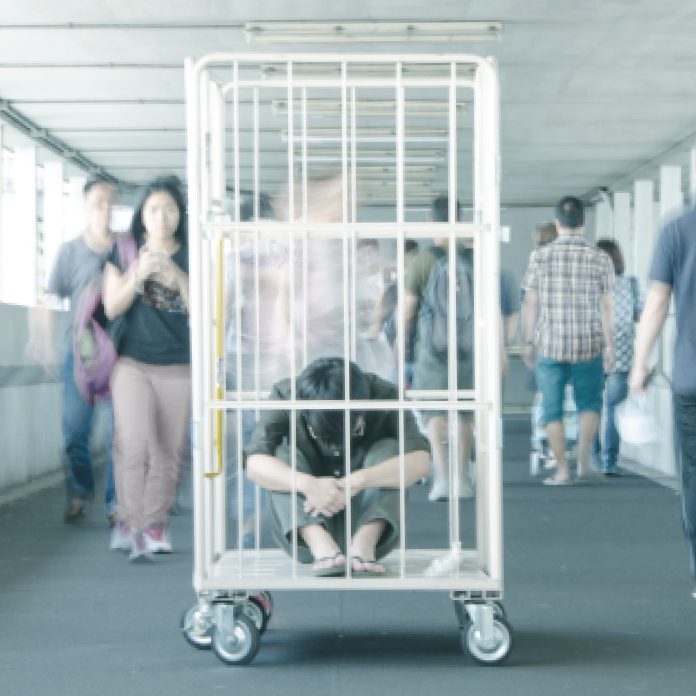 Few of us pay much attention to prisons and prisoners. But this year has seen a number of prominent figures put behind bars. Former Chief Executive Donald Tsang Yam-kuen was imprisoned for misconduct in public office in February. In August, student activist Joshua Wong Chi-fung, disqualified lawmaker Nathan Law Kwun-chung and former student leader Alex Chow Yong-kang were sentenced to jail for storming “Civic Square” outside the government headquarters, an event that precipitated 2014’s Occupy Movement. Shortly before that, 13 activists who stormed the Legislative Council in 2014 to protest northeast New Territories development plans were also imprisoned.

The public is curious about what life must be like in jail for all these familiar faces who keep appearing in news photos in prison uniforms. But out of the spotlight, other prisoners live through experiences that few know or care about.

Prisoners are usually labelled as difficult, damaged or even dangerous individuals. Once they are convicted and the cell doors are closed, they are mostly forgotten by the media and the public. Prison life seems distant for most of us – both because we do not see ourselves being imprisoned, and also due to the lack of transparency about the daily lives of inmates. Those doing time are often seen as merely “paying their price” and garner little sympathy.

But behind the bars, there are untold stories and voices unheard. We hear from former prisoners who say their basic rights were violated, we listen to their tales of physical and emotional suffering. But most of all, we hear about how they felt helpless within prison walls, separated from the outside world.

Periscope looks at the problems faced by female prisoners in Hong Kong. Women who have spent time in jail say their basic physiological needs were not met while imprisoned mothers lament the lack of sufficient resources and facilities for the young babies and children living in prisons with them. In Hong Kong, women make up nearly 21 per cent of the prison population, the highest percentage in the world. We talk to lawyers and activists in order to understand why this is the case.

We also talk to Hong Kong people who have been detained or jailed in the Mainland. The Mainland has a very different criminal justice and prison system to Hong Kong, which makes Hong Kong people detained or jailed there feel especially helpless. Detainees and their family members find it hard to get adequate information. Those who spoke to us say the Hong Kong government is of extremely limited help, particularly with legal assistance.

And we hear the stories of juvenile inmates in Hong Kong. Former juvenile offenders have recently stepped forward to share their experiences of being abused and humiliated during their imprisonment. Given their young age, their fear of having their time in custody lengthened and the emotional scars from their treatment, few of them dare to resist. Much of their sense of powerlessness arises from the shortcomings in the current complaint system. Varsity talks to former juvenile prisoners, social workers, legislative councillors and advocates who speak out about how the system fails to protect young inmates’ rights.

In this issue, we also look into the question of whether men can be raped, we learn about how more Koreans are coming to study in Hong Kong’s universities, and we explore the prohibitions on play in Hong Kong’s playgrounds. We hope you enjoy the read!