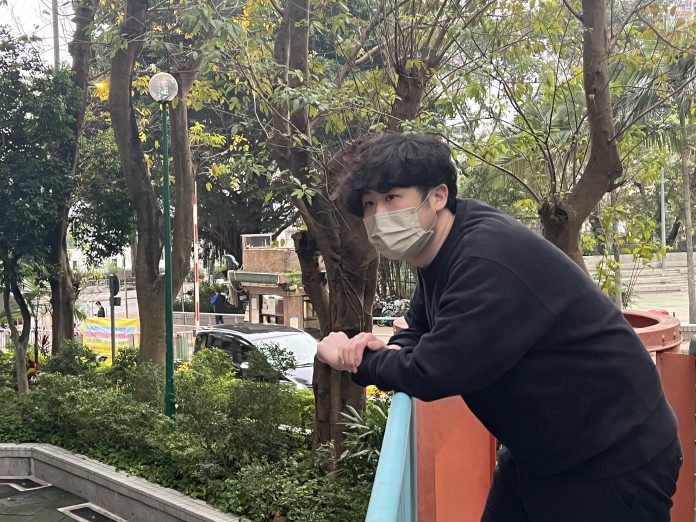 When most think that having a degree is a must for a successful career, Casper Leung Cheuk-lam proves otherwise. He is now a director of popular variety shows and an editor of an award-winning film.

The 31-year-old director has so far produced five variety shows for a YouTube channel Trial and Error (試當真) which has 431,000 subscribers with a total hit rate of 75 million views.

The most viewed production was an episode inspired by the popular South Korean TV series Squid Game. It was launched in 2021 and gained 1.6 million views in four months.

Leung started working as a video editor in an advertising company when he was 19 after earning from his higher diploma in multimedia and digital entertainment at the Hong Kong Institute of Vocational Education in 2008.

After working at the advertising company for three years, he resigned and worked as a freelance video editor for about eight years.

“My income was unstable when I was a freelancer. I thought of quitting the industry and finding a job with a stable income. But I knew I was only good at editing. This made me feel frustrated and lost,” Leung says.

Leung did not give up and his life took a turn when he met the founder of Trial and Error, Neo Yau Hawk-sau in 2016. Yau invited him to join the team to produce variety shows when he started the channel in October 2020.

“I consider myself as the lucky one. There are many people who are more talented than me but are not given an opportunity to be a director,” Leung says.

“Neo told me that Hong Kong needs a variety show right now. The audience can meet more new faces in the industry and it allows local productions to grow. Unlike films or dramas, variety shows can let people understand the true personality of the actors,” he adds.

Leung felt frustrated and worried when he produced his very first variety show for the channel in March 2021.

“When I know that I am in charge of variety shows, I know that it has to be interactive and ingenious. I don’t want to do a show that it is set in a studio where artists just sit around and play games like the Super Trio series (獎門人系列) in the past,” Leung says.

The witty director has always enjoyed designing games since he was young.

“My brother and I used to redesign rules for some board game cards or chess pieces. I have always loved to design games since I was young,” Leung says.

“I think variety show to me is not just a game show. It is more like a film with a story structure. I have to develop a plot with a climax and some twists in my productions,” he adds.

“I think variety show to me is not just a game show. It is more like a film with a story structure.”

But the director confesses that variety shows are not his main interest. His ultimate goal is to direct a film.

“To be honest, I barely watch variety shows. But producing variety shows gives me the opportunity to do social experiments and a chance to learn more about humanity.” Leung says.

His experience as a variety show director has taught and shaped him to become a better director.

“Variety shows are complicated productions in which I have to allocate duties to different departments and communicate with them. This work nature and experiences have helped me to learn more about a director’s duties,” he says.

Leung remains hopeful about the future of Hong Kong entertainment industry, despite a sharp fall in the city’s film production.

“In this unprecedented age of the internet, no one can predict which video will go viral. All we can do is to create quality productions and nature will take its course,” Leung says.

“A serious working attitude is what I value most. If everyone in the industry works hard and does the best he can. I believe the industry will thrive again,” he adds.