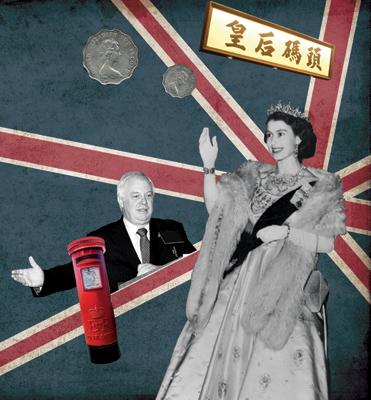 The Hong Kongers who hanker for the colonial era

His ringtone is “God Save the Queen”, the wallpaper on his mobile phone is the flag of colonial Hong Kong and he has deliberately cultivated an English accent. There is no doubt that Kay Ng Hong-ning is an Anglophile.

He is also a 19-year-old first-year student at HKU SPACE who was just five years old when Hong Kong was handed over to the People’s Republic of China in 1997 – too young to remember much about the colonial days.

While Ng may seem a bit extreme, he is not the only Hong Konger to feel nostalgic about the colonial days. The flag of the colony is now spotted in almost every street protest in the territory. Just search for “British Hong Kong” on the internet and you will find Facebook groups such as “I am a British Hongkonger” which has almost 100,000 followers.

It is perhaps easier to understand why certain middle-aged Hongkongers would reminisce about the old days but what about those who were infants when Hong Kong was still under British rule?

Ng feels he was brought up in a “British cultural environment”, citing examples of the British legacy like British-style street names and the city’s common law system.

He said this backdrop inspired him to find out more about colonial Hong Kong and his research later developed into an intense interest in the city’s former colonial master. He has read all kinds of books about Britain; books on its history, its culture and its political system, plus travel guidebooks and even cook books.

But this obsession did not come from his parents who were never associated with the colonial establishment or instilled such fascination for Britain in him.

He does, however, recall that when he was a child, his grandmother once told him about the celebrations for Queen Elizabeth II’s coronation in 1953. She said there were festive decorations everywhere in Hong Kong. She also told him many considered it an honour to have a glimpse of the queen during her visit to the territory in 1975.