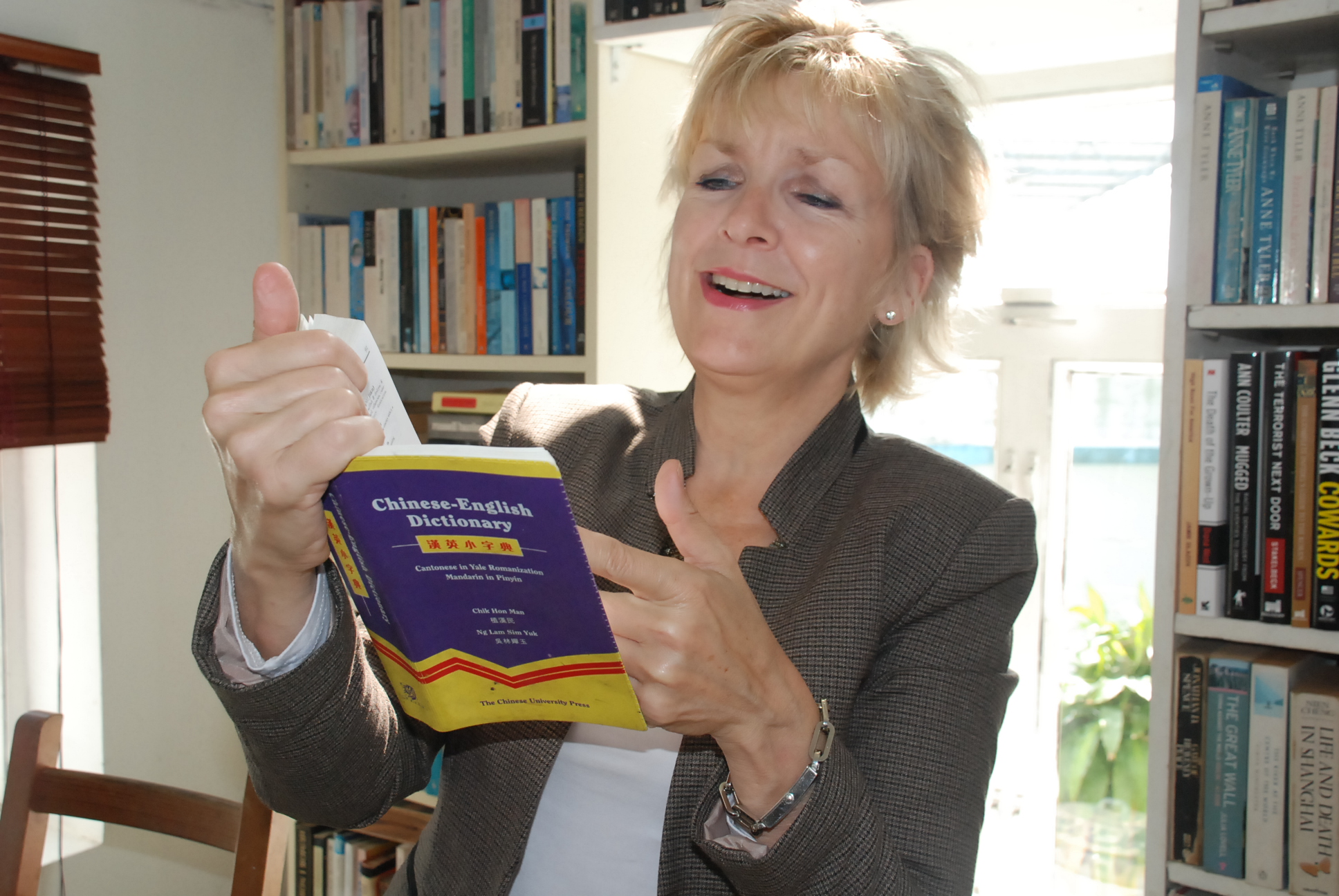 Dressed in a police officer’s uniform and brandishing a baton, Mister Public Security Bureau rushes to different restaurants in Hong Kong and demands that people replace traditional characters on the menu with simplified ones. This is a scene from one of Cecilie Gamst Berg’s YouTube videos. Gamst Berg is a Norwegian who has been teaching Cantonese in Hong Kong for 16 years and the videos are a part of her unusual take on Cantonese learning.

Gamst Berg’s passion for the Cantonese language and Hong Kong culture propels her to teach Cantonese through different channels. Until 2011, she was one of the hosts of an RTHK radio programme called Naked Cantonese, which ran for four years. But she was not satisfied with just that. She wanted to have her own TV programme. After being rejected by several producers, she turned to YouTube and began broadcasting her own videos on her channel.

Her eccentric videos are full of crazy characters, costumes and cheap props. They feature colourful stories that teach people Cantonese, as well as Gamst Berg talking about her adventures in China. Like her Cantonese classes, they are full of fun scenarios. They revolve around adult themes such as drinking and brothels and reflect her belief that language learning is all about imagination and creativity.

Gamst Berg appears in all them, assuming the improbable personas of characters such as the language police officer (the aforementioned Mr Public Security) and the beer-bellied local “bloke” Ah Mok. “I invented all of them, except one, which is my favourite – Aluminium Man,” she says.

In person, Gamst Berg provides private tutoring in places like Hong Kong diners and restaurants and holds parties for students at her village house in Pui O, which she has named the “Happy Jellyfish People’s Democratic Language Bureau”. She also calls herself a Cantonese fundamentalist because the word “fundamentalist” combines fun and mentalist, a fun, crazy and creative person just like her.

Her teaching career began in a private school where she taught English. But friends and colleagues were more interested in knowing how she learnt Cantonese and demanded that she teach them. This soon became a full time job with a good income. She now has 35 to 40 regular students, most of whom are foreigners.