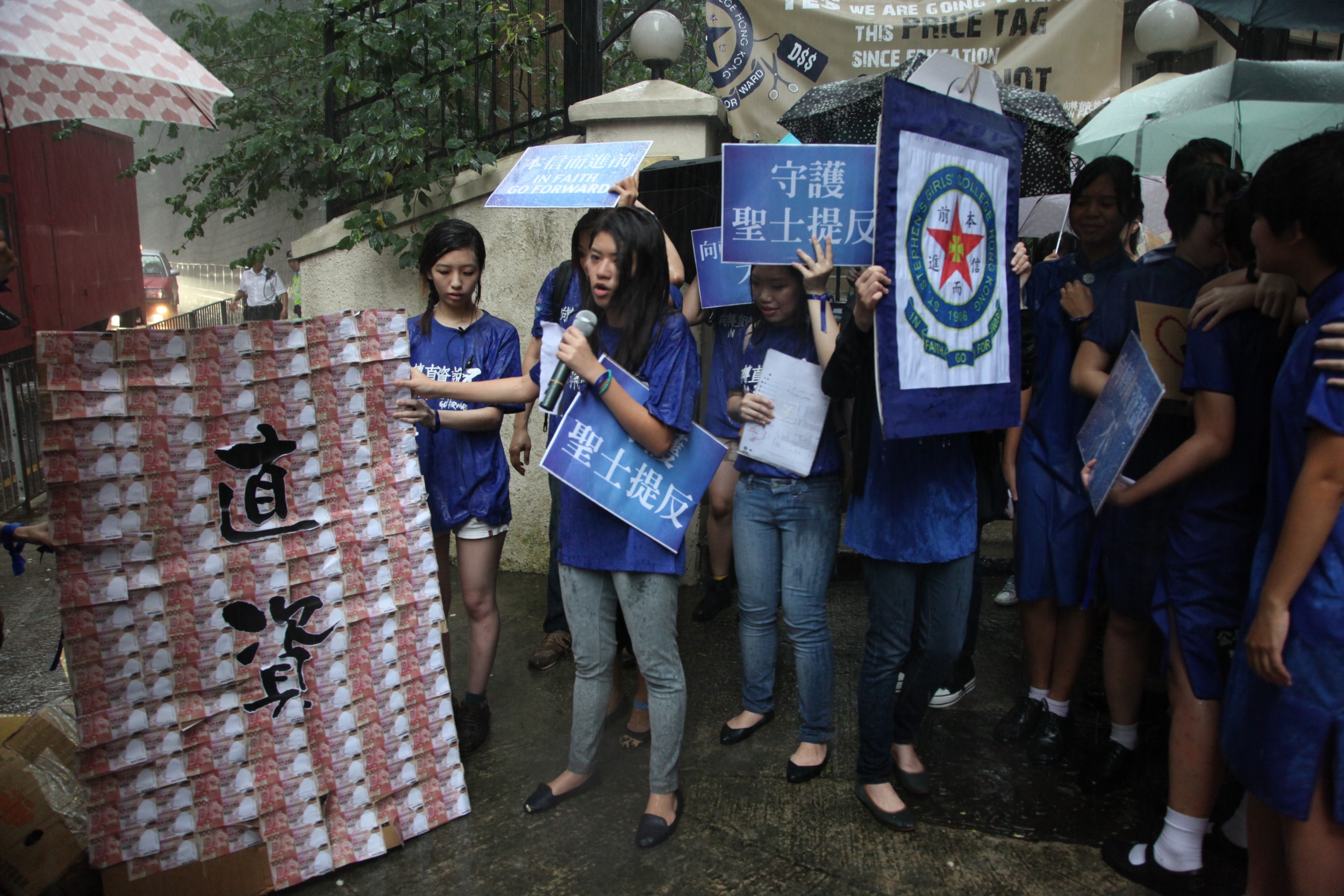 By Joyce Cheng and Sharon Lee

The heavens opened and the rain mingled with the tears rolling down the cheeks of a row of young women in drenched blue cheong sams. Undeterred by the amber rainstorm warning, old girls, students and parents of students of St Stephen’s Girls’ College (SSGC) marched around the historic school’s Mid-Levels campus.

They held up signs and sang the school song to protest against the decision to join the Direct Subsidy Scheme (DSS), which would allow the school to start collecting fees and cherry pick students from outside its geographical school net.

Standing at the front was Joy Liu Shuk-wah, a third-year student at the Chinese University of Hong Kong and an old girl of St Stephen’s. “St Stephen’s across the generations, let us continue our walk, shall we?” proclaimed Liu as the others followed.

The march on July 7 proved to be a turning point in the campaign to stop the school from becoming more selective and illustrated the increasing importance of alumni in influencing school policies.

The alumni movement began to take shape in the campaign against the introduction of a mandatory Moral and National Education (MNE) curriculum last year. In August 2012, the Parents Concern Group on National Education launched a letter campaign encouraging Hong Kongers to write to their respective primary and secondary schools as students, alumni or parents. Of the 5,000 letters that were sent out, 60 per cent were from alumni.

Alumni concern groups sprang up on social media networks and then formed in person to monitor whether and how their schools planned to implement the curriculum, and to oppose such moves.

These groups were very different from the traditional alumni associations found at most schools. These usually offer lifelong membership to any graduates of a school and charge either an annual subscription fee or one-off payment. Association committees organise regular gatherings and activities for members, and are mostly seen as social clubs.