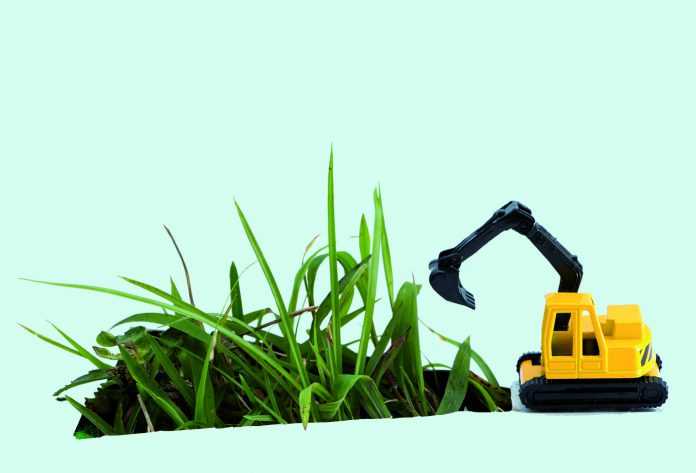 Hong Kong experienced its hottest summer last year since Hong Kong Observatory records began in 1884. This January was the wettest since records began and in late January, we were hit by the lowest temperatures since 1955. So it should come as no surprise that the Director of the Hong Kong Observatory Shun Chi-ming maintains that “the trend of more extreme weather under the influence of climate change is obvious”.

Yet, while 195 nations agreed to work to keep the global temperature rise below 2 degrees Celsius from 2020 at the Paris Climate Summit last year, the Hong Kong government reiterates its commitment to achieving a 50-60 per cent carbon intensity reduction target that only goes as far as 2020.

As clichéd as it may sound, it seems the city is an international business centre that values economic development and production of goods and services more than the environment. There appears to be no let-up in development – more big infrastructure projects such as the third runway for Hong Kong International Airport’s Third Runway are on the way, as well as proposed property projects located at green belt zones.

To evaluate the environmental consequences of these government-initiated or private large-scale development plans, the Environmental Impact Assessment (EIA) Ordinance was introduced in 1997 to mandate developers to produce EIA reports.

But many green groups and environmentalists tell Varsity that they doubt the accuracy and independence of EIA reports. Some question the methodology of the research and others suggest the system is vulnerable to potential collusion between developers and the consulting firms they hire to produce the reports. The extent to which the EIA can prevent or mitigate harm done to the environment is debatable.

So far opposition to these large infrastructure projects has failed to stop them. The Legislative Council’s Financial Committee approved an extra HK$19.6 billion funding to the polluting and expensive Guangzhou-Shenzhen-Hong Kong Express Rail Link project last month, despite strong protests from lawmakers.

It is not clear whether pro-green politicians can make a difference. Yet some environmentalists still want to enter politics through election to the district councils and the Legislative Council to advance green policies. They tell us about their difficulties in doing so and also why they think Hong Kong does not have a political green party.

Ultimately, whether or not Hong Kong can have a green party and electable green politicians depends on the voters themselves. Just how environmentally aware are Hongkongers, and how willing are they to put green issues first? Despite many years of environmental education carried out by green NGOs and even the government, a Varsity survey finds many people unable or unwilling to transform their environmental awareness into action.

For example, while 90 per cent of respondents know about the Food Wise Hong Kong campaign, more than half of them say they are not motivated to reduce food waste. Perhaps we need to introduce legislation, fiscal deterrents or economic incentives to encourage people to change their behaviour.

Scholar Edward Yiu Chong-yim says something more radical is needed, that we need to change how we conceive of “environmental protection” completely by cutting down on consumption.

Varsity looked at Hong Kong’s ‘Green Awakening’ in Issue 115, when we found more individuals pledging to live a simpler life closer to nature, and organic farming and ecotourism were new trends. That was six years ago but Hong Kong’s green development does not seem to have progressed much.

We hope to raise fresh questions through the stories in this issue, and hope that you enjoy reading them, as much as we have producing them.