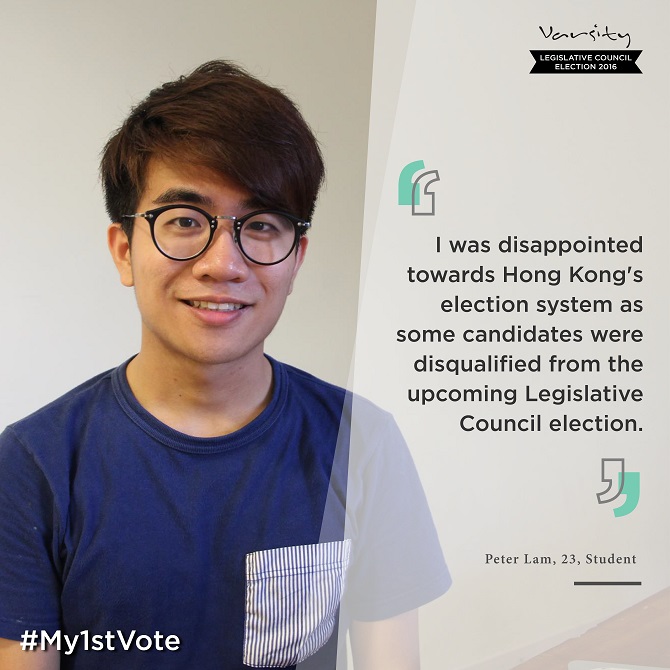 The disqualification of six candidates for their pro-independence stance has been criticized by both the pan-democrat and localist camps.

Peter Lam, a 23 year-old student says it has strengthened his resolve to vote for a localist candidate in Sunday’s election.

“I was disappointed by Hong Kong’s electoral system after some candidates were disqualified from the upcoming Legislative Council election.  This makes me want to vote for localist candidates, or candidates who holds the same spirit, to fight for our rights and voice our opinions,” he says.