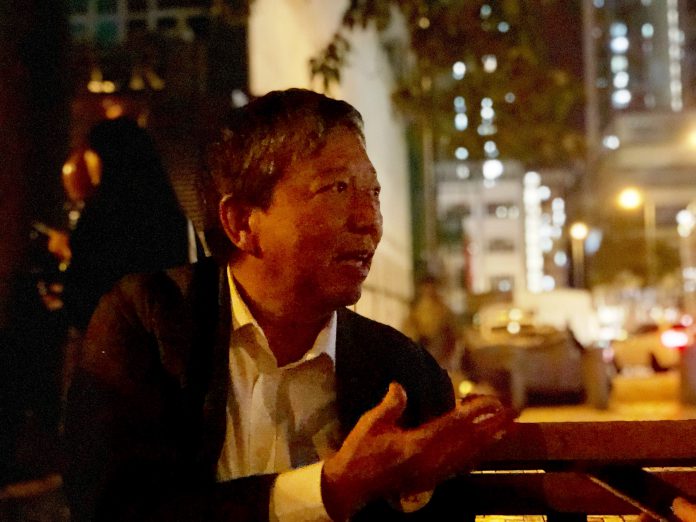 Labour Party’s Lee Cheuk-yan is running for the Kowloon West Legislative Council By-election as the “Plan B” for fellow party member Lau Siu-lai, who was barred from the by-election earlier. He says this seat is crucial for the pan-democrats to regain veto power in the Legislative Council.

Lau Siu-lai was one of the six lawmakers ousted from the Legislative Council in an oath-taking saga two years ago. Though she set out to win back her seat through this by-election, her candidacy was disqualified because of her advocacy of Hong Kong self-determination.

Lee criticises the government’s act as it has deprived Lau of her basic political rights. “This is actually a violation of both International Covenant on Civil and Political Rights and the Basic Law, because supposedly we should have the right to stand for election,” he says.

The 61-year-old trade union leader describes this election as “very unfair”, which he believes is manipulated by the government as they can arbitrarily screen out candidates they dislike.

Serving as Lau’s back-up candidate, Lee is widely supported by the pan-democratic camp. This crucial seat in the Kowloon West Constituency will determine whether the pan-democrats can regain their veto power in the Legislative Council, after Edward Yiu Chung-yim’s defeat in March’s by-election.

“One seat means one more voice for pan-democracy and one more vote,” he says. “So [there is] more voice…in monitoring this government and protecting the rights of Hong Kong people against the Communist Party’s invasion.”

However, Lee faces an uphill battle as he is not only competing against pro-Beijing candidate Rebecca Chan Hoi-yan, but also veteran democrat Frederick Fung Kin-kee, who has parted ways with the pan-democratic camp.

“He [Fung] does not include himself as part of pro-democracy camp now,” Lee says. Fung previously protested against the decision to make Lee a back-up candidate for Lau Siu-lai without a primary election, but Lee fights back.

“In terms of political moral, Lau Siu-lai should have the right to choose the Plan B,” he says. He thinks it is more important for the camp to remain united to concentrate votes and minimise internal competition. “If you want to win, you should agree on a candidate and try to focus and push that candidate, instead of wasting time and energy on primary election.”

However, Lee admits that Fung’s joining brings about a “vote-splitting” effect that cannot be ignored, considering that Fung has been working in the Kowloon West district for more than a decade. “The only way out for me is to get as many votes as possible from those who have not voted before, to counteract the effect of Fung,” he says.

Moreover, he believes his biggest rival in the by-election is “political apathy”, which makes people unwilling to vote. “We want people who love Hong Kong, [those who] are concerned about the future of Hong Kong — the next generation — to come out to vote,” he says.

To improve the voting turnout rates, particularly amongst young people, Lee holds numerous street campaigns to explain his ideology and political agenda to the public. He opposes the “Lantau Tomorrow Vision” reclamation plan and also calls for the government to transform large brownfield sites such as the Fanling golf course into residential areas.

“We are in a disadvantageous position, but we believe that we can win the hearts of people,” says Lee.

“We are in a disadvantageous position, but we believe that we can win the hearts of people” 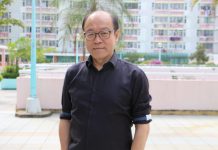 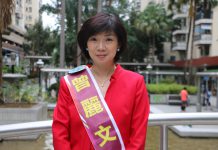 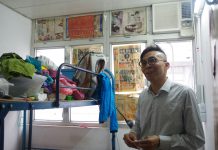