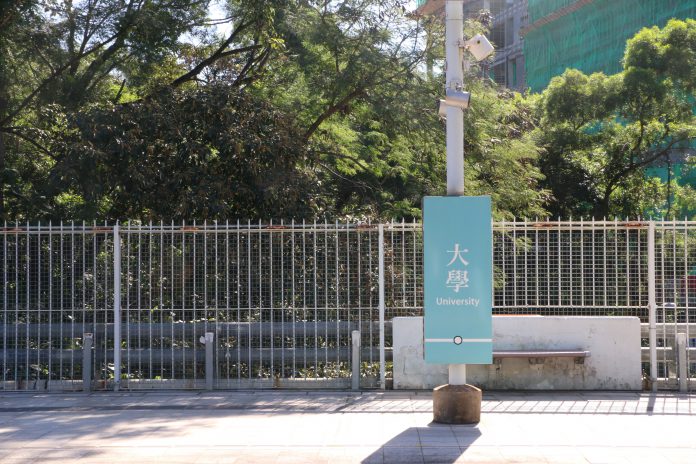 On August 6, 2018, Gabriel Leung Cheuk-wai, the Dean of Medicine in the University of Hong Kong (HKU), held a press conference announcing the admission results of the 2018/19 academic year.

This year the number of students admitted to the Bachelor of Medicine and Surgery programme under the Joint University Programmes Admission System (JUPAS) dropped drastically to 49 per cent, significantly lower than the usual 75 per cent. The figures have sparked public debate over the fairness and transparency of the current university admission system.

The government currently provides about 15,000 publicly funded first-year degree places for local students every year through the eight University Grants Committee (UGC) funded universities. That means about 18 per cent of the students trying for admission will be admitted. This year, 13,134 publicly-funded places were granted to JUPAS applicants, leaving a small percentage for the non-JUPAS students to fill in. The overall figures may show no cause for alarm, but the admission data of some prestigious degree programmes present a different picture.

Admission figures show that an increasing number of students in prestigious degree programmes, such as medicine, international business and law, are from the non-JUPAS stream. The University of Hong Kong (HKU)’s Li Ka Shing Faculty of Medicine, for example, admitted 114 students through JUPAS and 121 non-JUPAS applicants. The faculty once pledged to maintain the ratio of JUPAS and non-JUPAS at 75 to 25, but the ratio now is reduced to nearly 50 / 50.

“The JUPAS admission rate of HKU’s Faculty of Medicine is particularly alarming. The university in 2013 promised that at least 75 per cent of the school places at the faculty would be reserved for students from the JUPAS stream, for the sake of promoting social mobility. But the results show that the admission rate of JUPAS students was far below that standard. We are very concerned about the increasing number of non-JUPAS students being admitted to other prestigious programmes too,” Ip said in a press statement.

In early September, the Education Bureau issued a statement in response to media enquiries pointing out that “the share of students who gained admission to UGC-funded places intake via JUPAS route stood at about 83 per cent in the past three years without much fluctuation. Among local students admitted via non-JUPAS routes, over half are sub-degree or degree holders. For the remainder, less than half hold non-local qualifications when applying for admission. The statistics prove that candidates of the Hong Kong Diploma of Secondary Education Examination (HKDSE) have all along been the major source of local students for UGC-funded undergraduate programmes.” The press release also stated that “UGC-funded universities are allowed to enjoy autonomy in the selection of students” and “each university has its admission policy and criteria based on the principles of fairness and merit-based selection”.

The Chinese University of Hong Kong, in a press statement also issued in early September, said the university selected the most deserving students among numerous applications, irrespective of the academic qualifications held by local applicants. The university said it did not impose any fixed ratio regarding the admission of JUPAS and Non-JUPAS students to individual programmes, and flexibility was allowed in admission to cater different departments’ and schools’ needs and concerns.

However, Ip, who is also an education scholar, argues that when students are taking different curriculums and examinations, standard criteria are needed to make a fair evaluation of different grading systems applied by different examinations.

“Hong Kong students perform well in IB examinations and their percentage of getting H7 could be up to 24.4 per cent, which is far higher than DSE. I am worried that students are not competing on a level playing field, and the situation is less favourable to most DSE students,” he says.

Fung Wai-wah, president of the Hong Kong Professional Teachers’ Union, believes the ratio of JUPAS and Non-JUPAS students admitted to prestigious undergraduate programmes indicates that the current system is not fair to local students applying to universities with DSE examination results. “Whether students take IB or DSE, they are all elites. The problem is why universities admit more from the Non-JUPAS stream than JUPAS.” he says. But the Education Bureau, in a press statement issued on September 4, argued that international score comparison systems (such as the Universities and Colleges Admissions Service) show that elite students taking the HKDSE perform just as well as those taking other international examinations (such as the International Baccalaureate and the General Certificate of Education A Level). “The Education Bureau is of the view that there is no evidence showing that it is easier for local students taking international examination to be admitted to the UGC-funded undergraduate programmes,” the statement read.

Despite the government’s view, Fung points out that only well-off families can afford to send children to schools which provide IB curriculums, as IB curriculums are only available at Direct Subsidy Scheme (DSS) schools, private schools, and international schools which charge expensive tuitions fees. “The majority of students, especially those from grassroots families, have no other way of improving their chances of being admitted to universities,” he says.

Matthew Chow Tsun-ho, a former IB student at Diocesan Boys’ School (DBS), who is now taking a double degree in social science and government and laws at Hong Kong University, says: “The only reason why I think IB students can have a higher chance of entering universities is that if you pay 100 per cent effort to study IB curriculum, you can secure at least 70-80 per cent of the return. If you accidentally slip during DSE, you can lose everything.” He explains that IB curriculum puts more emphasis on course assessment, unlike DSE, which relies on examination results only. Chow shares Fung’s view that only students from well-off families can afford to study at schools that offer IB curriculums due to expensive tuition fees. The monthly tuition fee at DBS is HK$6,000 a month, he says.

Another IB graduate, Cherrie Chung Yuen-chee, 18, is a first-year student in the Bachelor of Medicine and Surgery (MBChB) programme at the Chinese University of Hong Kong (CUHK). Explaining why she chose to continue her medical studies in Hong Kong, she says: ‘It is because I want to practise medicine in Hong Kong instead of overseas. If I study medicine abroad, I will have to pass the qualifying examination in order to practise in Hong Kong. The examination has a very low passing rate,’ Chung says. Fung believes that the rising admission rate of non-JUPAS students is unfair for DSE candidates, mainly due to the large difference in the number of applicants between the two systems. “There are nearly 50,000 DSE candidates every year, with 20,000 candidates obtaining the minimum entry qualification. These 20,000 candidates have to fight for half of the seats, while there are only a few thousand people competing for the other half. This makes it easier for non-JUPAS candidates to enter these popular subjects as compared to JUPAS students,” he says.

For example, they are free to set their own tuition fees and their own IB curriculum.

Wong says: “Even though equal consideration is given to both JUPAS and non-JUPAS students, IB is not accessible to all students. IB seems to be easier, but grassroots families cannot afford it.’

Hui Hon-wing, a lecturer at the Department of Educational Policy and Leadership at the Education University of Hong Kong (EduHK), echoes Wong’s view that the DSS system is enforcing the uneven distribution of resources among low-income and well-off students. He states that the whole system “encourages some aided schools with good academic performance to become DSS schools that offer IB curriculums. It is true that this can lower the financial burden of the school, but if we place this issue in a social context, it means that students from grassroots families will have a much lower chance to enter these schools.”