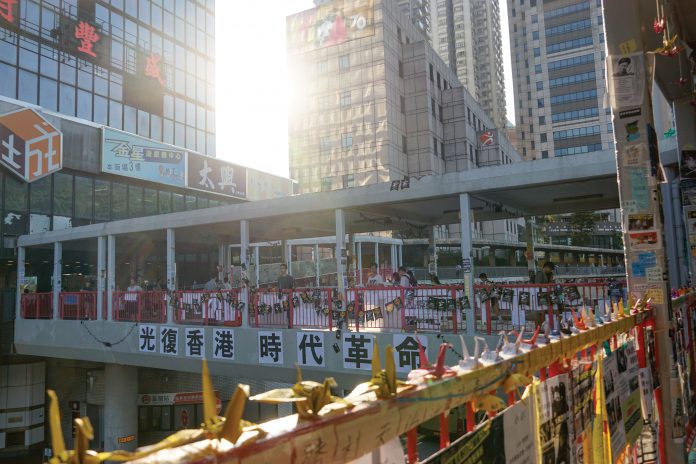 Hong Kong has been plagued by ongoing “leaderless and be water” protests as protesters plan every rally with a fluid and decentralized organizational structure through the help of modern communication technologies.

The latest wave of protests stemmed from as far as February when the government proposed an amendment to the Fugitive Offenders Ordinance, regarding special arrangements for the transfer of fugitives.  Human rights groups and other organizations voiced concerns that fugitives extradited to China would suffer from arbitrary detention and unfair trial under China’s judicial system.

The extradition bill set off a chain of anti-government protests, also known as the Anti-Extradition Law Amendment Bill (Anti-ELAB) Movement, with over one million people who took to the street peacefully on June 9. But the protests took a grim turn in mid-June, when police began to use rubber bullets and tear gas on protesters. Suppressed tensions and distrust, enshrouded after the 2014 Umbrella Movement, resurfaced in the form of flash-mob style protests.

Once again, the city has spiralled into widespread protests, albeit in a different form. In this issue, Varsity looks into the impact of information dissemination and privacy data awareness in the Anti-ELAB Movement.

Local protesters utilise communication and forum applications, such as LIHKG and Telegram, to organise protests and communicate with each other. We speak with organisers, protesters, and experts about how protest coordination is developing in this uncertain political landscape.

Simultaneous to the fast organisation on various online platforms, information is spread to the international community through news reports and social media activism. Activists are also using creative ways to illustrate the situation in Hong Kong. We talk to international activists about discussion abroad and the conflicts that accompany them.

Awareness and concerns with privacy increased following the rapid dissemination of information. Many protesters use extra SIM cards and are often seen in black attire and sanitary masks, even at peaceful protests. We take a look at how protesters protect their identities, the root of their distrust, and the extent of data protection from privacy laws.

Varsity’s reporters and editors worked hard with devotion on this issue. While the government announced on September 4 it would formally withdraw the extradition bill, the fight continues all around us. We may often find ourselves met with suppression, hopelessness, confusion and division. However, even with the conflicts this division brings, we see that each individual cares for this city greatly, in their own way.

We hope this issue may reflect on how our lives have changed, shed light on the developments the protests have gone through, and bring about healthy discussion regarding our city’s future.