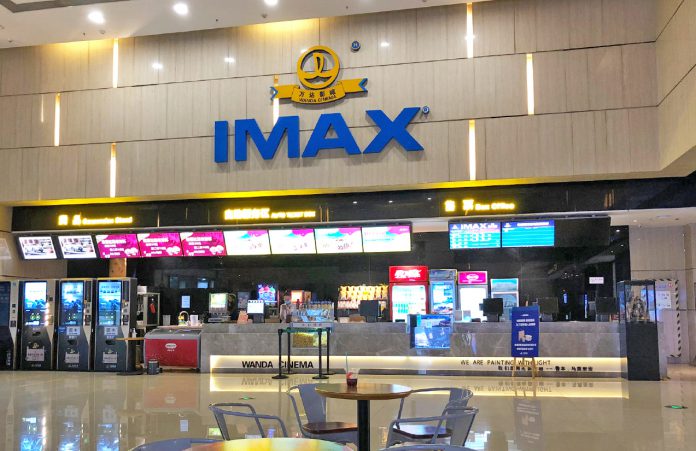 Cinemas in China are facing hardship caused by COVID-19.

By Alice Wang in Shandong

Movie lover Shi Xueyan is happy that he can watch films at movie theatres again without worrying about COVID-19.

“Everyone can buy tickets online in advance with one’s real name. Audiences all wear masks and seats are not fully used. Cinema staffs check everyone’s body temperature at the entrance and disinfect theatres regularly,” he says.

Movie theatres reopened on July 20 as COVID-19 restrictions were lifted in China. Old movies were put on screen to warm up the market and discounted tickets were offered for promotion. A First Farewell was the first movie put on screen after temporary closure which began on January 24 and a record of RMB ¥1.5 million in box-office was reported on the first screening day.

Peter*, manager of a cinema chain in China, says profits from re-screening old movies is very limited because only very few cinema fans like watching old movies at movie theatres.

“Many consumers think it is a waste of money to see a re-run film as they can watch these online. They are interested in the latest blockbuster movies such as Mulan. So, film source is the most important,” Peter says.

Apart from film source, government regulation also hurt cinema business. Cinemas only sold tickets for no more than 30 per cent of theatre’s seats from July 20 to August 14.

“The box office of Chinese cinemas performed better after the release of a Chinese war movie, The Eight Hundred on August 21. But cinemas still cannot make ends meet because of government regulation,” Peter says.

Cinemas now are allowed to sell 75 per cent seats in each movie house. “Before the outbreak of COVID-19, more than 70 films were shown in one day at one cinema, but now the number is cut by half. Cinemas also cannot make money by renting out cinema venues as many companies have cancelled business activities. Many theatres are losing money, as their income cannot cover rents and other expenses,” Peter says.

Professor Anthony Fung Ying-him, professor at the School of Journalism and Communication at The Chinese University of Hong Kong, points out Chinese cinemas need to diversify movie sources, rather than relying too much on Hollywood movies from America to attract audiences.

“Hollywood movies such as Marvel’s The Avengers contribute a lot to Chinese box-office. But the reduction of imported blockbusters caused by the tense Sino-US relations will affect operation of movie theatres in China,” Fung says.

According to news reports by People’s Daily, a state-owned publication, revenue from box-office in the year of 2019 reached RMB ¥64.266 billion. But the figure dropped to zero from January 24 to July 20 in 2020 as all of the 12,000 cinemas in China were forced to close due to the pandemic. China Film Association finds that 40 per cent of them are facing bankruptcy.

But Fung believes online media platforms cannot replace movie theatres. “Televisions have not replaced radios and cinemas. Also, cinemas are not only a venue to watch movies but also a social platform, especially for third and fourth-tier cities in China. Cinemas will not disappear,” Fung says.

Peter also shares Fung’s view. He believes cinema is irreplaceable. “We have faith in cinemas although we are facing various kinds of challenges. Only cinemas can create a unique share of space for audience to appreciate movies and exchange views,” Peter says.

Movie lover Jeff * also thinks the experience of watching movies is different from watching movies online at home. “When you sit inside a movie theatre, the sights, smells and atmosphere enrich the whole experience. I do not just pay for watching a film, I also pay for the atmosphere a cinema creates,” he says.

*Names changed at requests of interviewees