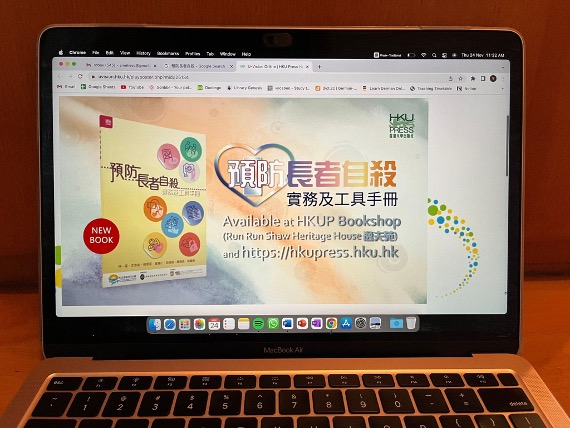 Mary Ma* was left behind in Hong Kong when her only child emigrated to the United Kingdom with her family in January 2022.

“I have no family in Hong Kong now and no one to spend time with,” Ma says.

Feeling betrayed and worthless after they left, Ma laid in bed all day and cried multiple times almost every day after her daughter left with her family.

Ma even thought of committing suicide at one point. She lost more than seven kilograms from February to May 2022.

“Even my very own daughter does not care about me. What matters if I am gone?” she says.

When Ma went to Shatin Hospital for a medical check-up, she confided her thoughts to an occupational therapist whom she was seeing for medical reasons in May 2022. She was then referred to a clinical psychologist and was diagnosed with depression. She then started having counselling sessions and was put on medication.

Since then, Ma has stopped feeling as sad about her family’s emigration and learned to use her phone to talk to them remotely.

“I still think about committing suicide occasionally, but my thoughts will move on instead of lingering,” she says.

“Even my very own daughter does not care about me. What matters if I am gone?”

In the first half of 2022, there were on average 11,000 calls per month to the suicide prevention hotline of Suicide Prevention Services. Three years ago, there were 1,114 calls.

“The elderly feel lonely when their children emigrate, especially if their spouses had passed away,” says Clarence Tsang Chin-kwok, SBHK’s Executive Director.

“Once their children leave, they will rarely have the opportunity to see their family again. They relied on their children to take care of them but now that they are gone, the future is gloomy,” he says.

Tsang advises people to mentally prepare their elderly relatives before emigrating. “Arrange for someone to take care of them so that they will not feel as lonely. Teach them how to use online meeting applications so that they can keep in touch while abroad,” he says.

“The elderly feel lonely when their children emigrate, especially if their spouses had passed away.”

Apart from the emigration wave, the COVID-19 pandemic has also made many seniors feel depressed. Leung Kam-lan, 76, is one of the elderly who was clinically diagnosed with depression as the pandemic continues.

“My children told me to stay home as they learned from the news that many elderly have died from the virus. It was dangerous to go out in 2021,” Leung, a mother of three, says.

Before the pandemic, Leung met her friends at Chinese restaurants every day. She loves playing mahjong with them, but she cannot do so during the pandemic.

Leung adapted badly to social isolation and spiralled into depression for months before finally seeking for psychiatric help in the latter half of 2021. The intense solitude had made it difficult for her to stay positive.

“Every day I wake up and find myself surrounded by four blank walls,” the senior says. She lives with her youngest son, but he only comes home late at night.

“I could not even go out to the wet market and I missed my friends so much. It was hard because of the boredom. I remember thinking, ‘what is the point of living?’” she says.

“I could not even go out to the wet market and I missed my friends so much. It was hard because of the boredom. I remember thinking, ‘what is the point of living?’”

In early 2021, she began to visit Shatin Hospital regularly for a variety of illnesses, including gout and extreme fatigue, a symptom of depression. She has suffered from other illnesses such as arthritis and the after-effects of a stroke for years.

“I was tired and could not walk. I only managed to leave home for medical appointments. They were the highlights of my days because I got to talk to nurses and other patients,” she says.

Starting from August 2021, Leung met a clinical psychologist to treat her depression at the hospital regularly. Healthcare professionals advised her to call friends in times of loneliness, as well as to take up baking as a hobby.

Things began to turn around for Leung after she took the Sinovac vaccine in December 2021. After months of isolation, she can finally meet her friends physically.

“I can go out safely now as long as I wear a mask and bring my alcohol sanitizer,” Leung says.

How Can Elderlies Cope With Depressive Thoughts?

The pandemic has been particularly detrimental to the elderly’s mental health, according to Professor Lin Shen from City University’s Department of Social and Behavioural Sciences.

“Under the pandemic, social circles become smaller. The elderly may not necessarily have smartphones or possess digital literacy to contact friends. Because of this, they are especially at risk of suffering from loneliness,” Lin says.

“They may also suffer from chronic illness like heart disease and asthma, which makes them physically vulnerable. To them, the COVID-19 virus is life-threatening and the high infection rates make them feel hopeless. Some mentally unwell elderly will not reach out for help because mental illness is heavily stigmatized in the Chinese society,” he adds.

Lin advises the elderly to build social circles with at least three people so that they have trusted friends to confide with.

“As social distancing measures are easing, the elderly should also make use of community centres and social events to meet people and develop hobbies. Social participation encourages human connection,” he says.

He recommends doing outdoor activities, such as dancing and exercising together in public parks.

If you know an elderly who is feeling unhappy or suicidal, please reach out to social workers or call SBHK for consultation services at 2319 1177.

*Name changed at the request of the interviewee. 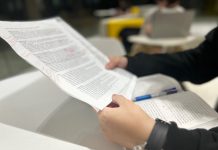