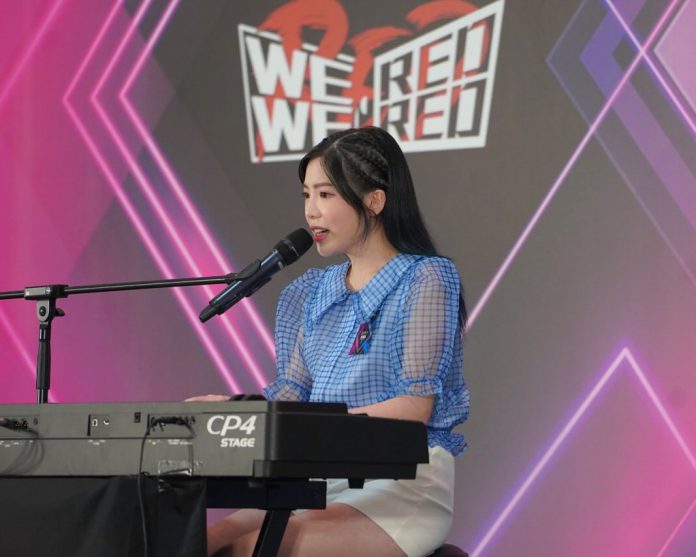 Chiu Siu-ting pursues her dream of becoming both a doctor and a singer.

The 21-year-old University of Hong Kong student spends 70 per cent of her time studying and the rest 30 per cent on singing-related activities. And she has 43,200 subscribers on her YouTube channel and 41,500 followers on Instagram.

Her YouTube channel “Pam Chiu” has more than 2.1 million views for the 34 videos she has created since four years ago. Other than singing covers of popular songs, she has produced 20 videos regarding tips and skills to thrive in the Hong Kong Diploma of Secondary Education.

On Instagram, she has shared hundreds of songs she covered in Cantonese, Putonghua, English and Korean since 2015.

“My phone is always on “Do Not Disturb” mode, even if notifications pop up, I just ignore it,” Chiu says.

Her schedule is different every week.“Sometimes I spend three days doing shootings and four days on school work. I have to do online classes while I am on my way to do shooting at a site,”  the Year Four student adds.

The part-time TV artist says she has to practice dancing for shows at the Television Broadcast Limited (TVB) sometimes.

Chiu believes self-discipline is the key to managing her time. “Make sure you have completed your work before having fun,” she says.

She loves social gatherings with her secondary school friends but seldom sees them. “Even when I have time, I have to spend it on studying rather than meeting my friends,” she says.

“I believe a little progress each day adds up to big results. I am glad to be gifted with the ability to sing and study but a lot of effort is needed to gain achievements,” she says.

This year, she joined STARS Academy 2, a talent competition hosted by TVB, and made it to the top five.

“I struggled for a long time before submitting the registration form. I was very unsure till the very last moment. I feared I would not be able to manage my time if I joined the competition. I thought of giving up singing. My family told me to sign up for the contest when I was struggling,” she says.

In a bid to keep up with her studies while joining the competition, Chiu started revising part of her lectures even before the semester began.

“My study has always been my top priority and I seldom skip classes even if I have shootings after the competition. Sometimes, I feel insecure when my classmates devote all their time to their studies, while I spend time on singing-related work,” she says.

Chiu will become a doctor after graduation in two years. She hopes to sing as long as she can manage her time well. “Being a doctor and singer is not contradictory, it is common for people to have a slash career nowadays. I hope I can have my own song instead of just covering others’ songs in the future,” Chiu says.