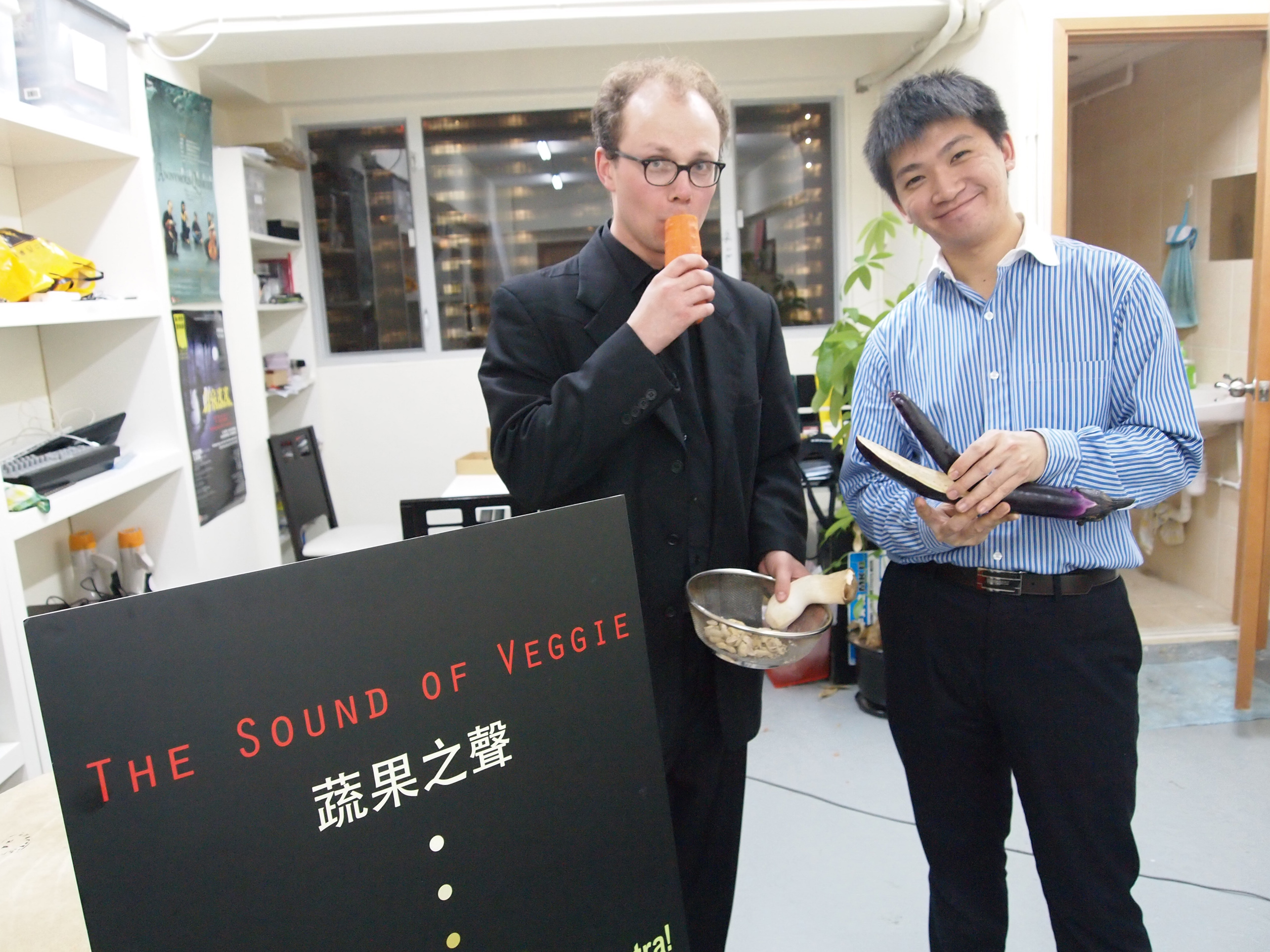 William Lane drills vertically through a carrot, starting from its tip. Then, after boring three 2mm-holes into it, he puts the carrot to his mouth. Not to eat it – but to blow it.

What comes out of the ‘refined’ carrot is a sound resembling that of a clarinet. “The only difference between a carrot and a clarinet is that a carrot only lasts for two days, before it moulds,” says Lane, artistic director of Hong Kong New Music Ensemble (HKNME) and a professional violist.

The carrot clarinet is only one among the many musical instruments made from fruit and vegetables that the Orchestra plays. Watermelon drums, eggplant clappers, and peanut maracas all featured in the Orchestra’s debut concert at k-11 art mall in Tsim Sha Tsui last September. Since then, the Orchestra has staged four more public performances.

The idea of exploring various dimensions of sound using fruits and vegetables originates from the Vienna Vegetable Orchestra founded in 1998.

“They (the Vienna Vegetable Orchestra) have been setting an example for making strange sounds, from whatever they can find,” says Lane, “and they would add electronics and cut the vegetables on stage, which is part of the performance, it is quite exciting.”

Lane gets his inspiration from constant experimentation and YouTube fruit music enthusiasts. For instance, there is a Japanese Youtuber heita3, who avidly showcases how to make music from a wide selection of fruits and vegetables.

One of the most interesting sounds Lane has come across is made by scraping celery. “You can scrape that [celery] very slowly, then put a microphone really close, then you would get this ssssss [hissing] sound. Like scratching a disc,” explains Lane.