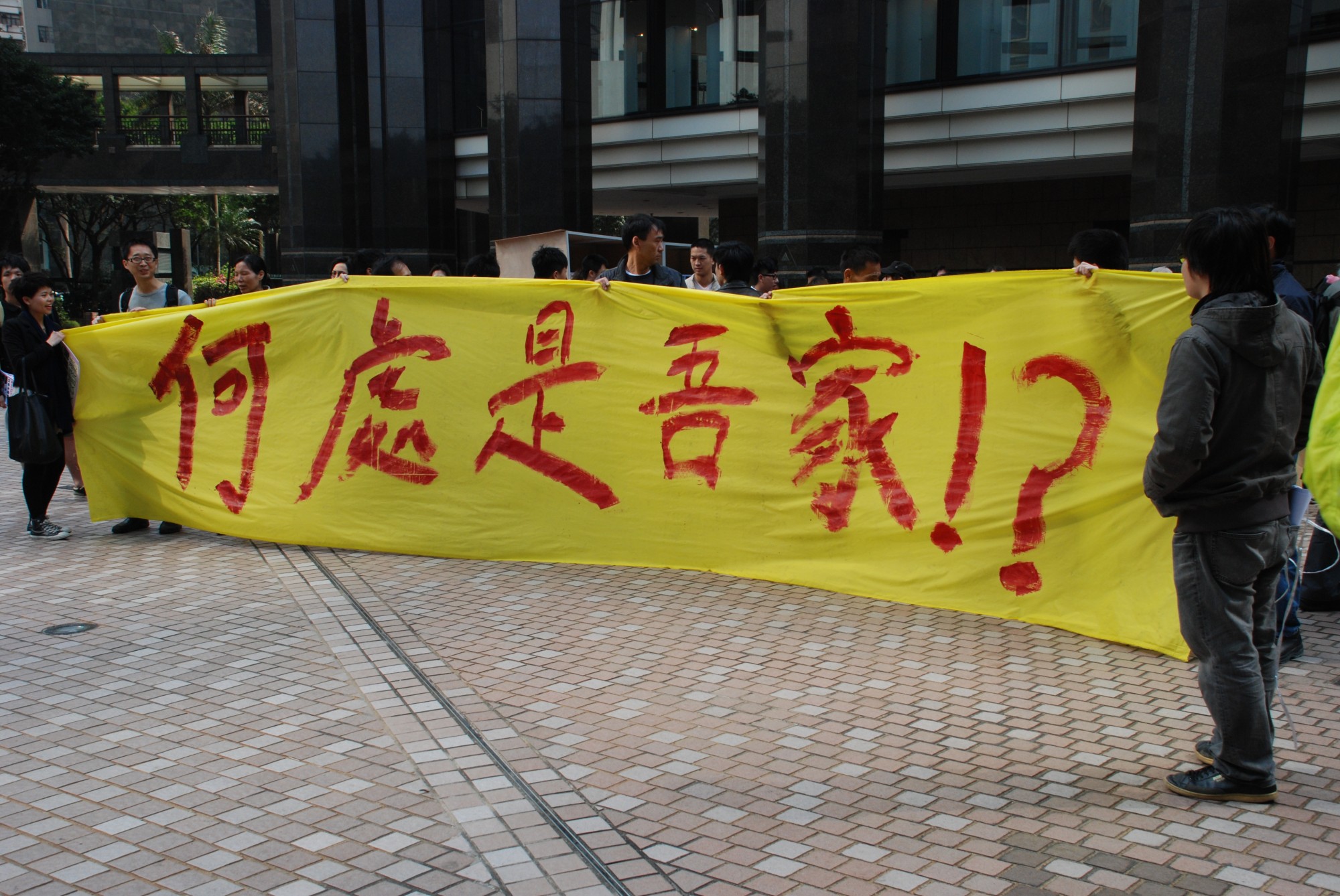 In a home of around 300 square feet with mouldy ceiling, dimmed lights and hanging electric wires, lives a family of four. They have to tolerate persistent noise from traffic every day. They also have to face fire risk, hygiene problems and unstable electricity supply, as well as the threat of eviction. They live in a subdivided unit in an industrial building.

Leung Fat-wei, a 46-year old construction worker and sole breadwinner of the family, received a closure order from his landlord recently. He is now nervous and panicked, placing his last hope on his application for public housing. He has been waiting since 2009.

Increasing public concern over safety issues has driven the Government to begin abolishing such illegal units. In light of the Government’s crackdown, some landlords are worried they may face prosecution for constructing illegal structures and renting them out. As a result, some of them try to sell up and evict their tenants as soon as possible.

But the tenants are asking to be resettled before the clearance of their homes.

“Can you imagine 2000 people become homeless because of this action?” asks Foo Wai-lok, Assistant to legislator Raymond Wong Yuk-man. He initiated a one month protest with evicted tenants in late-January this year to tell the Government about the problems they are facing and to raise public concern.

Anthony Wong Kin-wai, chief research officer in Policy and Research and Advocacy in the Hong Kong Council of Social Service believes that the fundamental problem lies in the inadequate supply of affordable housing.

Wong says the queue for public housing keeps growing but the government has done nothing to clear it. He criticizes the Government for keeping members of low-income groups waiting for years.

In fact, many grass-roots families are unable to see when they will live in public housings. Subdivided units in industrial buildings are perhaps the best they can afford. Facing the eviction from the Buildings Department or the landlords, these people live with helplessness and great uncertainty, not knowing where they can go.