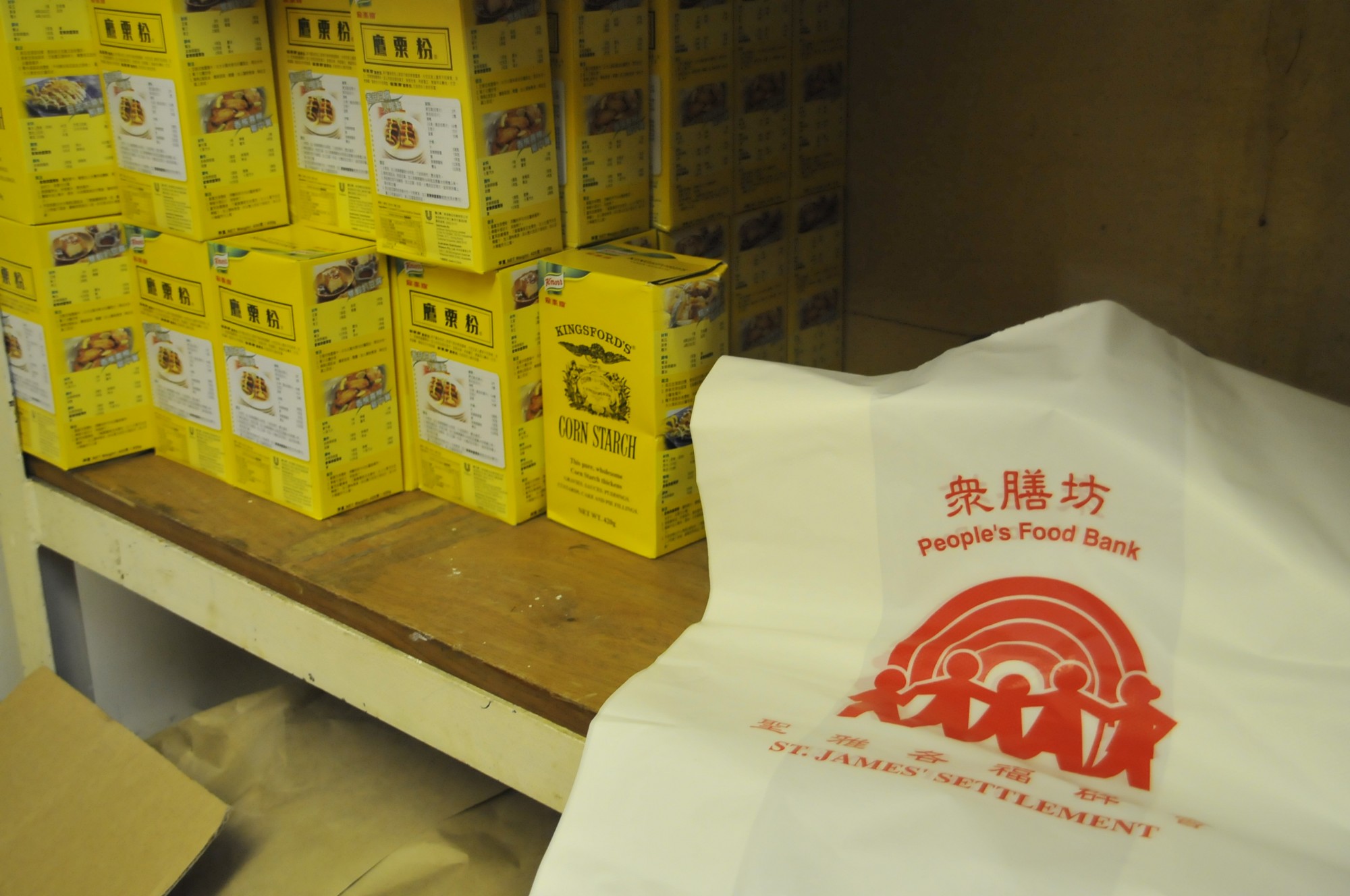 It is 3 p.m. on a Wednesday afternoon. James Lung Wai-mun, manager of the Yau Tsim Mong Food Bank, opens the doors of a room inside a Nepalese temple, welcoming a line of silver-haired elderly people. It is lunch time for those who receive food assistance from this private food bank in Hong Kong.

“We make friends with [the users],” Lung says. “We don’t have an examination process [for selecting food bank applicants]. Once they express their needs and reasons, they can come and get the food.”

Instead, applicants are invited to the private food bank’s office in Yau Ma Tei for a casual chat with Lung and his colleagues who will try to understand and help them overcome their difficulties.

“Prior to government support, our income was not stable, but we had a lot of flexibility in the way we handled things,” says Connie Ng Man-yin, service manager of the St. James Settlement People’s Food Bank.

She adds that once the food bank received government support, the procedures became more rigid, less flexible. For instance, applicants are strictly means-tested.

Ng says that half the users of the People’s Food Bank comprise of families.

“If families are already on public aid, we will not assist because the financial aid should have covered food costs,” Ng says.

In addition, in order to apply for food aid, an individual’s salary must not exceed HKD3800 a month; while a two person family’s salary should not exceed HKD7000 a month.

Lung says these restrictions are one of the reasons why the Yau Tsim Mong Food Bank has not applied for government funding.

“Government food banks do not help people without an address proof, without residency, or have not lived in Hong Kong for at least 7 years. However, this has led to several problems. For example, homeless people definitely need food, but they do not have any address proof. You cannot tell the government that you live under X bridge near Y road; this is not an address proof,” Lung says.

In addition to the qualification process, the budget allocation of food banks is pre-assigned by the government. Food banks have little say in how the money is spent according to their operational needs.

“There is enough food for the people for now,” says St James Settlement’s Connie Ng. This is because the government allocates the majority of funds to buying and stocking food products, rather than for administrative purposes.

“Manpower is a problem,” Ng says, explaining the shortage of employees at the People’s Food Bank.

One of the critical limitations of the government-aided food banks for users is that they can only enjoy assistance for six weeks in the year. Private food bank users do not have to worry about a limit to the time they can seek help.

There is a relatively higher degree of flexibility in running a private food bank and in receiving help from one. Yet, Lung points out that private food banks still need to rely heavily on stable food donations in order to keep providing their services.