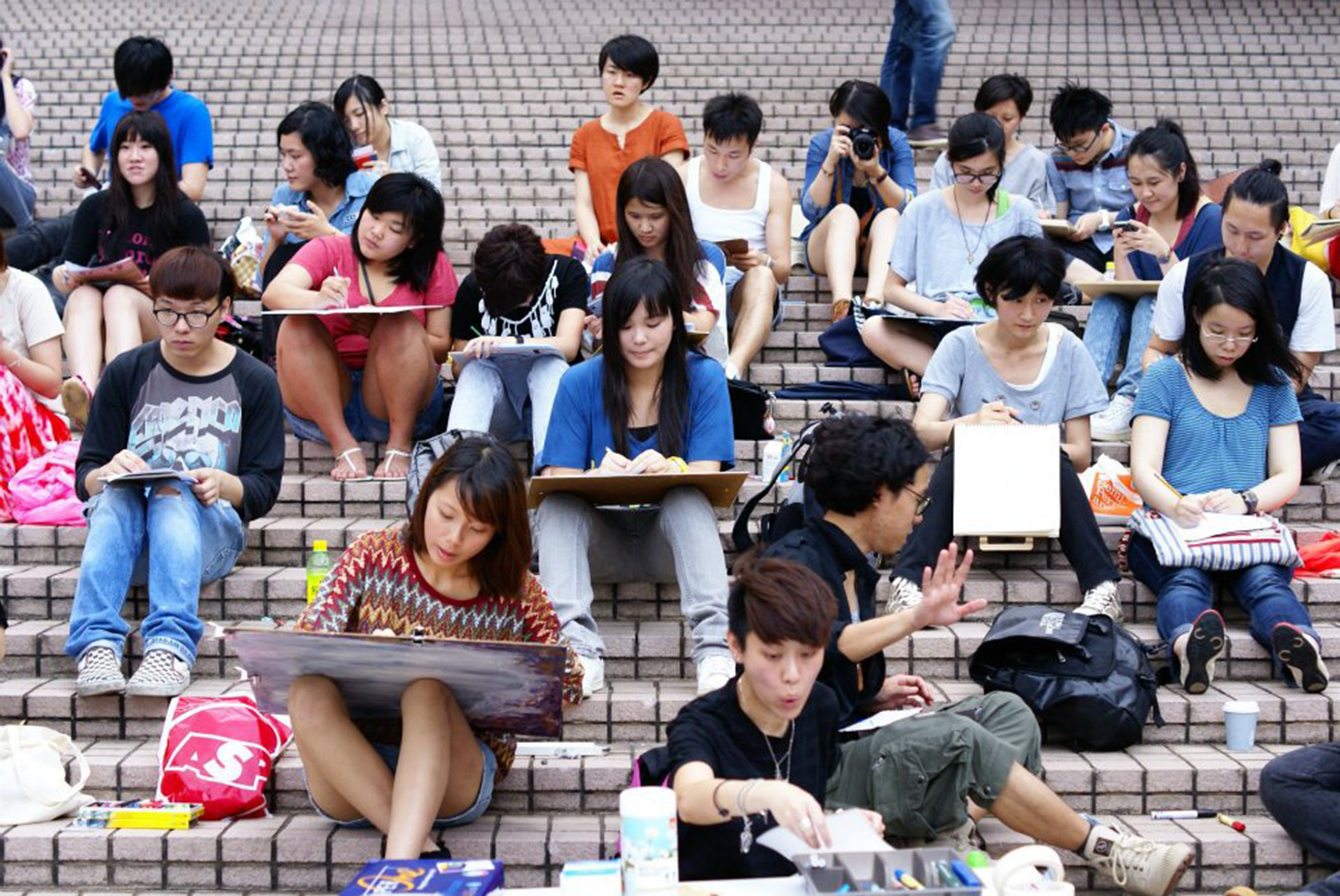 A group of young artists take art to the street

Earlier this year, guests in smart business attire admired contemporary Asian artworks in a 15,000 square-foot gallery space located in one of the city’s most exclusive office rental spaces. The artwork could be purchased for prices of between HK$160,000 and HK$5.5 million.

The guests were attending the opening party of a permanent new gallery opened by international auction house Sotheby’s and which is just one of the western art houses who want a presence in Hong Kong. The city has become the third largest auction centre in the world after New York and London. The Hong Kong art market is vibrant and new galleries seem to be opening constantly.

But that may not mean much to those who care about local art. Victor Liu Hing-yuen feels the art scene in Hong Kong only serves one group of people – the affluent. “It is just for rich people to buy luxuries and stuff,” says the 22-year-old fashion designer. “Art should be part of everybody’s life.”

At one gallery opening early this year, he began talking to a young artist who had just finished her studies abroad. He was attracted by her idea of bringing art onto Hong Kong’s streets, and joined her group of art lovers.

Members of the group do not create artworks in studios. They make art in unconventional venues and in public. They make life-drawings outside the Hong Kong Cultural Centre in Tsim Sha Tsui and in front of the Times Square shopping centre in Causeway Bay. They even have sketch-ins on the MTR.

This community of street art advocates has been growing since January this year and was hatched by two 22-year-olds, Jessica Poon Yin-tong and Vivian Ho Pok-yan. The two, who have been good friends since secondary school, both left to study in different US universities before returning to Hong Kong.