After working and living in the city for a while, Wong chose to return to Choi Yuen Village after he retired in 2008 because he found city life boring. “It is more comfortable living here, where all villagers are friendly with each other,” says Wong. “It’s not like living in those buildings where no one ever talks to you. You do not even know the surnames of the people living next to you.” Wong much prefers farming and talking to other villagers to watching television at his urban home.

If anything, the long struggle to build a new Choi Yuen Village has brought these remaining villagers closer together. Now there is also the opportunity to build something valuable, like a system whereby all the villagers can actively participate in village affairs.

They hold regular meetings every Saturday where everyone can discuss the details of rebuilding the village. Views are solicited through household visits before discussions of complicated agendas. They have agreed on a plan under which 43 per cent of the land will be allocated as communal farm land and public meeting areas, the rest will be used to build houses and public facilities.

Chen Yun-chung, research assistant professor at Hong Kong Baptist University’s Department of Sociology, lives near the new Choi Yuen Village and volunteered to help design the new village. He praises the village for its democracy which does not exist in other villages in Hong Kong.

Chen says this has had a positive impact on villagers, “Making the new village a better place gives villagers a brighter future to look forward to, and that provides them with psychological support to go through all the stress of having their homeland demolished.”

Chan hopes the new village will act as a model and show that organic farming is feasible for other villages. On Saturdays and Sundays, there are organised tours to Choi Yuen Village and the Pioneer Field. Fung Yu-chuk who acts as a tour guide, hopes these events will provide a channel for citizens to know more about the old village and help to sustain the livelihood of the villagers.

“We think there is an alternative. We organise tours, cook food for people, sell hand-made sauces. This is a second economy. We think villagers do not always have to work in towns to earn money,” Fung says.

After years of struggle, some have given up and moved out, some feel exhausted but persist. Perhaps 76-year-old villager Chan Kai-ching, is speaking for most villagers when he says: “[All we want] is a place to live, that’ll be fine. We are not demanding a thousand square feet home.”

“We do not aim high. All we want is a stable home,” he adds, echoing the wishes of Chinese farmers down the millennia. 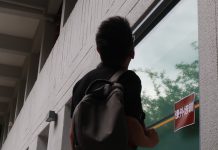 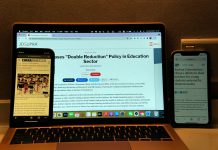