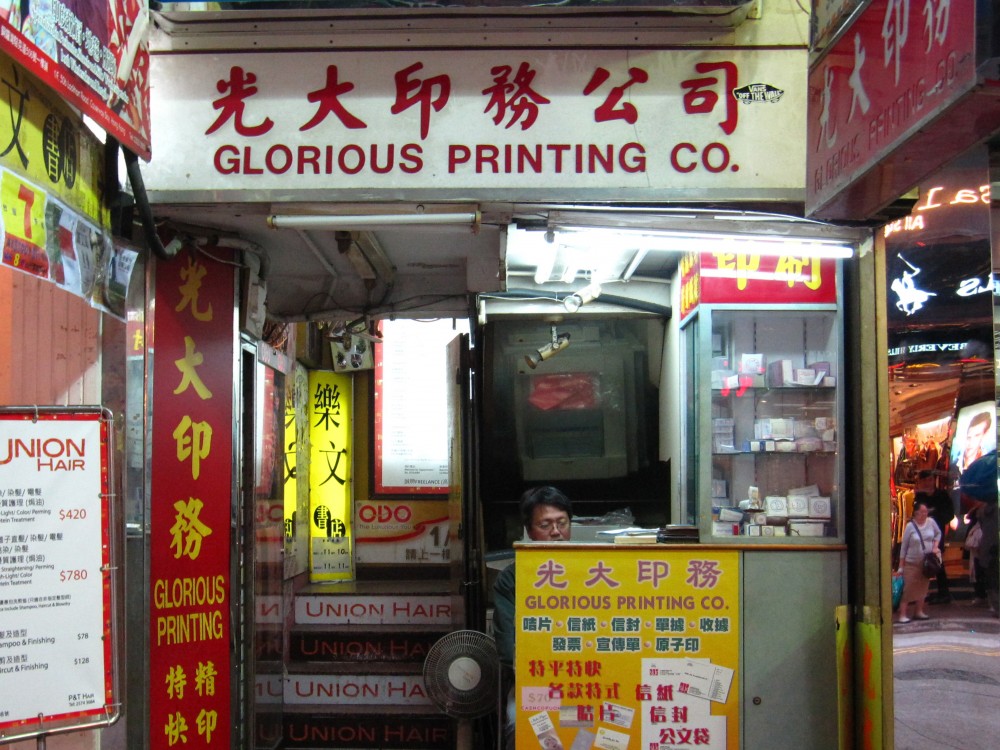 A recent report named Causeway Bay, Central and Tsim Sha Tsui as the most expensive shopping areas in the Asia Pacific Region. In fact, Causeway Bay has overtaken Fifth Avenue in New York to be the district with the most expensive shop rents in the world. The area saw a 35 per cent hike in retail rental prices last year, nearly eight times higher than the average increase in other countries.

An influx of mainland visitors with high purchasing power has attracted numerous international brands to establish branches in these popular shopping areas, leading to an overall increase in rental price.

This has had a huge knock-on effect on small shop owners. Many are being forced to close down their businesses as they are unable to afford the rents.

Mr Yam, who has been selling mahjong sets and accessories from an under stairs shop will be squeezed out when his rent triples. His landlord recognized an opportunity to lease out the shop at a much higher price to another tenant.

After 32 years of operation, Yam has no choice but to close up shop. “Of course I think it’s a pity to close down my shop,” sighs Yam. “But I cannot afford the rental price. What other choices do I have?”

Yam’s case is just the tip of the iceberg. Over the past years, small shops in Causeway Bay, especially those in Russell Street, Lockhart Road, Jaffe Road and Yun Ping Road have been gradually replaced by chain stores operated by international companies.

Russell Street is poised to become the world’s priciest street for shop rents with an average rental price of $1710 per square feet.

Brand chain stores selling watches, jewellery, and cosmetics are replacing former high street mainstays like traditional Hong Kong diners (Cha Chan Teng), grocery stores and small pharmacies and many more. While enjoying the economic gains, Hong Kong is suffering the loss of its local flavour.
Debra McGlynn, who has been living in Hong Kong for four years, was shopping for mahjong from Yam’s store during Varsity’s visit. McGlynn feels that Hong Kong is losing its uniqueness and attractiveness as traditional local stores are being closed down.

“To me, Hong Kong is all about the charm and the character of traditional stores,” McGlynn says.

Wan Chai District Councilor, Yolanda Ng Yuen-ting acknowledges the impact of high rental prices on small shop owners in Causeway Bay. She finds it absurd to see multiple branches of the same chain stores along the same street in the district.

Other then the influence on small shop owners, Ng points out that the rise in rental prices affect residents as well. To satisfy mainland visitors, the basic daily needs of residents are neglected and their living costs increase.

The huge revenue from mainland visitors and investment from international companies undoubtedly bring economic benefits to Hong Kong; however, it may be time to consider how to retain Hong Kong’s unique character.