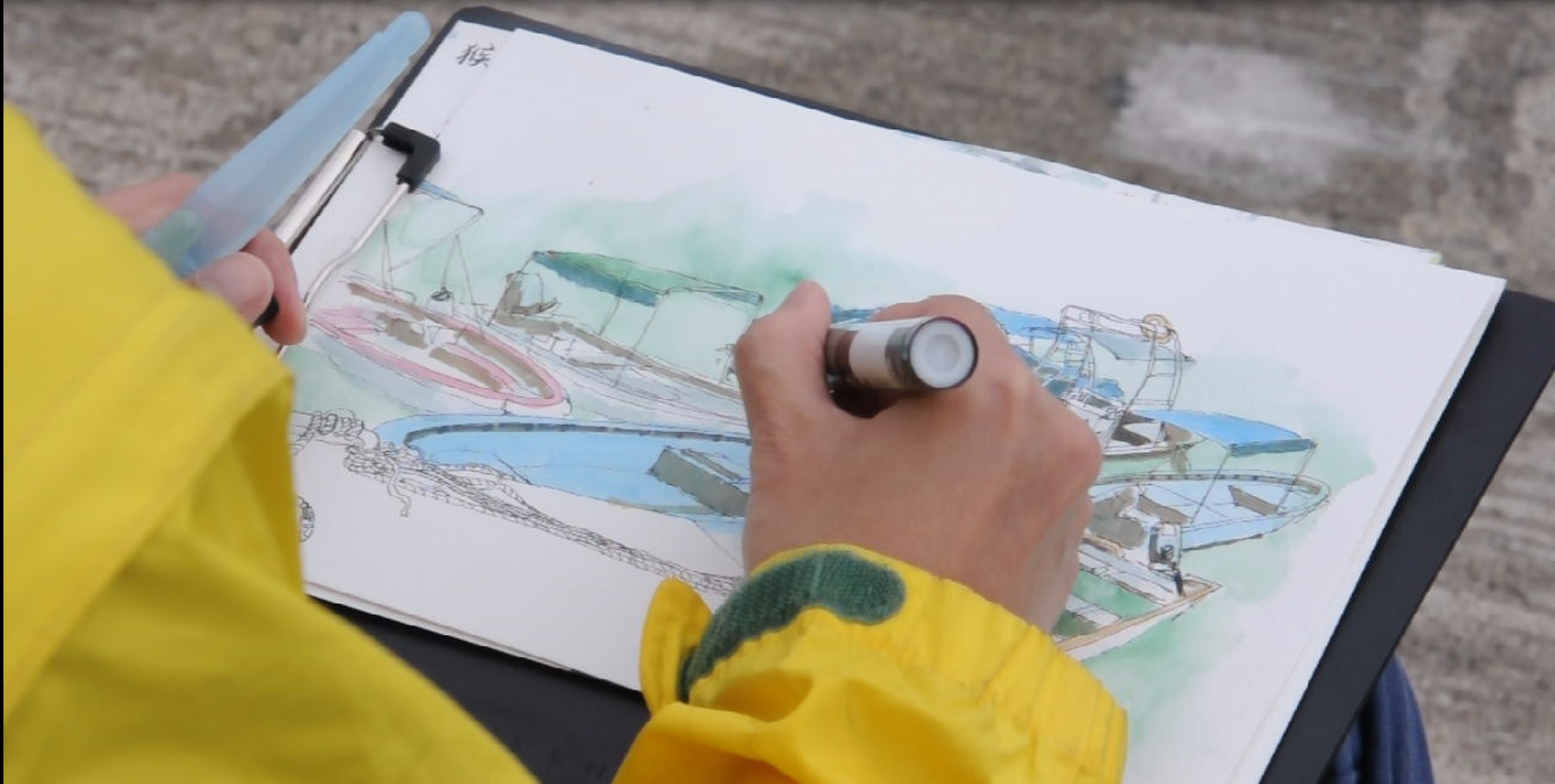 It has never been easier to capture scenes from the city with an array of digital devices. But even in the age of smartphones and numerous apps to shoot, edit and share still and moving images, there are some people who prefer to use non-digital means to record Hong Kong’s history and daily life.

Ric Tse works in property management and is a freelance photographer in his spare time. Apart from taking conventional photographs of scenes and events, he prefers to recreate them, with Lego bricks, before taking pictures of them. Tse’s Legography series includes such iconic scenes as the annual Hong Kong marathon and June 4th candlelit vigil. The works, combining 3D tableaux and 2D photographs have been a hit. So far, he has created around 30 pieces, through which he hopes people can look at the city from the perspective of children. Tse held his first art exhibition at Picture This Gallery in November 2014.

Apart from recreating three dimensional scenes, there are also artists observing and documenting the city through drawing and painting.

Luis Simões, a Portuguese Illustrator, started his World Sketching Project in March 2012. He planned to visit five continents in five years, sketching  the places he visits and the people he encounters. He has already travelled to 29 countries and made more than 1,000 sketches.

“The idea started after I realised I don’t want to be too materialistic.” Says Simoes“I wanted to explore some countries, to explore my art and try to be more like an artist.” So he quit his job as a motion designer and lifted up his backpack.

Simoes has spent ten  months in Hong Kong, and likes the contrast between urban life and nature in the city. Scenes from the Umbrella Movement have given him plenty of subject matter to sketch.

For local artist Gary Yeung, urban sketching is more reproducing  reality in pretty watercolours. As a Hongkonger born and bred , Yeung has always been attached to the territory’s idyllic charms, a side of Hong Kong he finds gradually receding due to rapid development. By using his brush, Yeung becomes a historian, documenting the city’s long-standing buildings and communities.

In 2012, Gary Yeung co-founded Urban Sketchers Hong Kong with a few other illustrators, and they started to meet regularly to recordcityscapes in different parts of Hong Kong. When the  Occupy Movement got underway, Yeung felt the group was playing another role as well“Since Occupy Central started, as urban sketchers, my friends and I became aware of another role we’ve been playing in recent months. We have in fact been reporting. We’re not just sketching, but sketch reporting.”

Yeung says, urban sketching is always about human life. “There are many shops in a street, but without humans, there’s no life… People are in action. And we are sketching actions.”