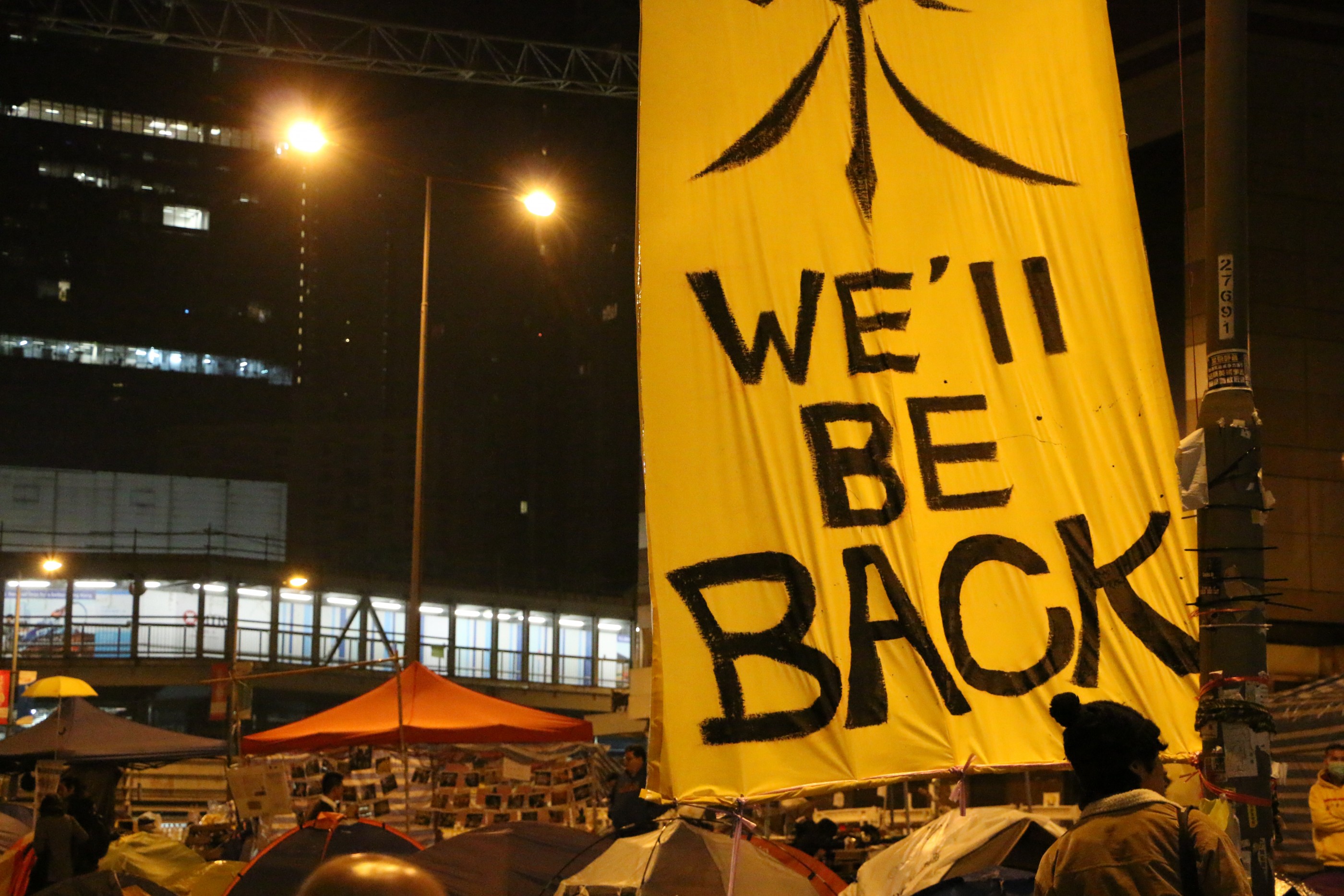 Public museums are not the only places to find artefacts that tell the story of Hong Kong’s development. Protest items collected by the public tell the story from another perspective.

Chong Yiu-kwong, who has participated in social movements since the 1980s and is now a Senior Teaching Fellow at the Hong Kong Institute of Education, started his collection in 1989. At the time, Hong Kong people from all walks of life threw their support behind the students’ pro-democracy movement in Beijing. Many posters, T-shirts and stickers were printed, and Chong still has many ot them.  Over the years, he has collected more than 300 t-shirts and many stickers.

Compared to when Chong began collecting,  protest items made by participants of the recent  Umbrella Movement show much more variety and creativity. There are leaflets, postcards, posters, statues, drawings, sculptures and installation artworks – you name it. Chong thinks advances in technology have made it easier for members of the public to create their own protest items, leading to greater diversity in the types of items that have been created.

Individual collections going back more than 20 years are relatively rare but as the number and nature of demonstrations increased after the handover, more people have become aware of the importance of collecting items that capture the concerns and spirit of the time. In  2002 the Community Museum Project held an exhibition on “objects of demonstration” to show the unique ways the public have used to express opinions . Exhibits included a bitter melon representing the hardship of life, mock coffins for government officials and the Goddess of Democracy.

Phoebe Wong Siu-yin, on the project members notes that unlike in previous demonstrations, notes participants in the Umbrella Movement  have turned tools used by police to manage and control demonstrations  into their own protest objects. For example, they utilize the police barricades to create road blockades to limit the police’s movement. Wong says such action reproduces the function of the tools of authority and shows the wisdom and creativity of protesters.

The sheer volume and diversity of Umbrella Movement protest items facilitates the telling of the story of the movement from the ground up.  A group of artists, curators and critics have established the Umbrella Movement Visual Archives and Research Collective to protect these items for history.

Clarisse Yeung Suet-ying is a member of the collective.She thinks it is better for the public to preserve Umbrella Movement protest  than for government-supported museums and organisations to do it. She fears that the government is responsible for preserving the objects, it  may rewrite the story and fail to present the voices of the public.