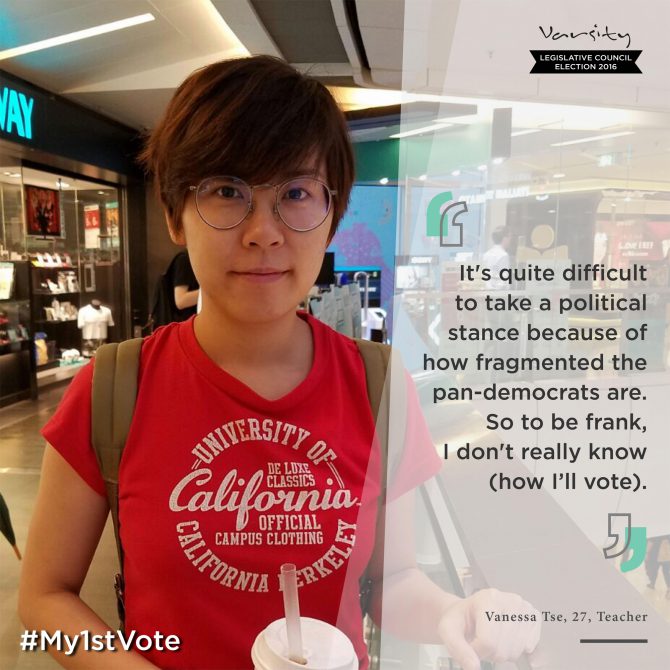 27-year-old Vanessa Tse, a teacher living in Tseung Kwan O, is going to cast her first vote at the Legislative Council Election on Sunday. Her key concern is the quality of life in Hong Kong. The city, she says, is about as habitable as Mars.

She has trouble deciding who to vote for in the face of a divided pan-democracy camp.

“I think most youngsters like me are quite concerned with Hong Kong’s quality of life. The situation in Hong Kong now is that it’s about as habitable as Venus, I would say Mars; but at least they found water there. And that’s already a bit better than Hong Kong. Just kidding.

It’s quite difficult to take a political stance because of how fragmented the pan-democrats are. So to be frank, I don’t really know (how I’ll vote).”­­