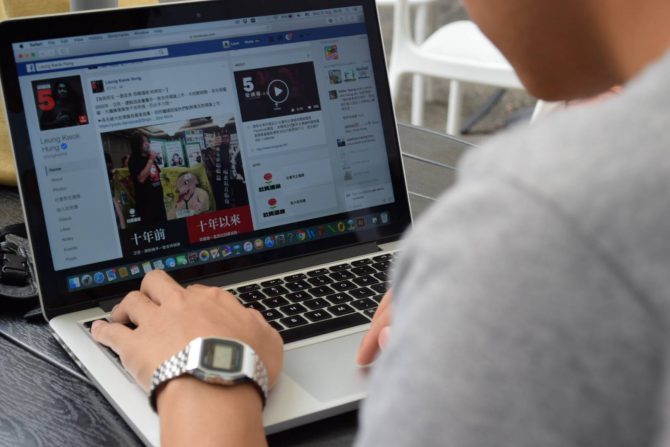 Can ‘likes’, shares and comments be turned into votes?

This leads to two major questions – how do candidates canvas support online and how do they transform their online support into votes?

Facebook is the most popular social media platform in Hong Kong. According to the Internet Usage in Asia Report, there were over five million Facebook users in Hong Kong up to June 2016, accounting for  almost 70 per cent of Hong Kong’s population and double  the number of users in 2012.

To look at how candidates use Facebook to campaign, Varsity analysed the Facebook fanpage usage of candidates from the New Territories East (NTE) constituency in the 2016 LegCo election using the analytical tool Fanpage Karma.

There are 22 lists of candidates running for the constituency, 20 of which have Facebook pages. Only non-affiliated candidates Estella Chan Yuk-ngor and Clarence Ronald Leung Kam-shing do not have Facebook fanpages.

As of August 25, the top five fanpages – those with the most likes – all belonged to pages run by pan-democrat candidates. ‘Longhair’ Leung kwok-hung of the League of Social Democrats topped the list with 206,000 likes, the Civic Party’s Alvin Yeung Ngok-kiu had 85,000. People Power’s Raymond Chan Chi-chuen had 20,000,  and the Neo Democrats’ Gary Fan and the Labour Party’s Fernando Cheung Chiu-hung both had 19,000.

However, the number of ‘likes’ is not necessarily an indication of support, still less an indicator of voting intention.  Professor Francis Lee Lap-fung, of the School of Journalism and Communication in Chinese University (CUHK) says the number of likes a page has reflects a level of attention more than support.

“It can mean anything. Many people who pay concern to  the elections actually like quite a lot of candidates’ pages, despite their disapproval of the candidates,” says Lee.

Turning to candidates’ frequency of posting on their pages, Fernando Cheung was the most prolific candidate, followed by Alvin Yeung and Gary Fan. The highest levels of engagement per post – including likes, comments and shares – were found on the pages of Alvin Yeung, Leung Kwok-hung and the Democratic Alliance for the Betterment and Progress of Hong Kong’s (DAB) Elizabeth Quat in descending order.

The photo post that gained the most engagement (sum of likes, comments and shares) was one that detailed Leung Kwok-hung’s various prison terms due to his involvement in social movements since he was 23 years-old. The top video post in terms of engagement is a clip of Alvin Yeung sparring with other candidates at an election forum  broadcast by TVB.

It may be tempting to think that engagement is a better indicator of support than likes, but CUHK’s Francis Lee says this is not the case.

“Many comments or shares could [express] resentment towards the candidates,” says Lee, citing the example of negative engagements with posts on the Hong Kong Police Force page.

Neither does higher engagement on Facebook necessarily translate into better performance in an election. In the NTE Legislative Council by-election earlier this year, six out of seven candidates used Facebook fanpages to promote their campaigns. Six days before election day on February 28, the Civic Party’s Alvin Yeung registered the most engagements per post, while Edward Leung Tin-kei of Hong Kong Indigenous was second in terms of engagement per post and was also the most prolific poster.

However, it was the DAB’s Holden Chow Ho-ding who finished second to Alvin Yeung in the race. Chow’s Facebook posts received less than half of the level of engagement of Edward Leung’s, but he got 80,000 more votes.

This is hardly surprising as pro-establishment parties tend  to attract older voters who are not as active on social media.

“It depends on who are we targeting,” says Lee. “Youngsters are the most frequent users of social media, meaning the target voters of the establishment camps are not on social media.”