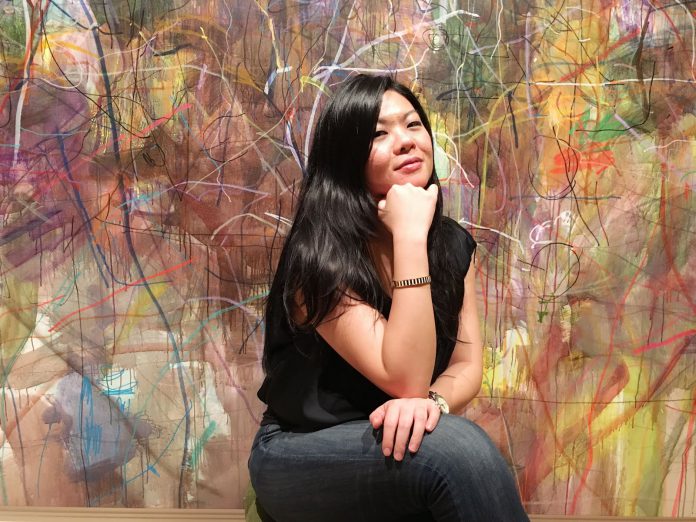 She is now regarded as one of the best cultural journalists in Hong Kong. Her bylines can be seen in big name media outlets such as BBC, Variety, Quartz and the South China Morning Post (SCMP).

The humble journalist, Vivienne Chow recalls she was not an outstanding student when studying journalism at the Chinese University of Hong Kong. She never thought of becoming a journalist. “I always wanted to be a film director, so initially I chose film school,” she says.

Like most typical Hong Kong parents, her mother worried about her future career. She signed up for CUHK journalism school which also offered television production and film studies courses instead of majoring in film.

Yet Chow has never forgotten her dream to pursue a career in the film industry. Her passion for film has inspired her to become a cultural journalist. “I have always been interested in arts throughout my teenage years. I love performing. I love cinema. I love painting. I used to paint,” she says.

Writing stories about film and entertainment is a perfect job for her. She was an intern at the Hong Kong Standard during her final year in college. She started her career as a junior writer at SCMP after graduation.

During her 15 years at the SCMP, she went to countless film screenings and interviewed famous artists and filmmakers including Tony Leung Chiu-wai and Wong Kar-wai. She enjoys meeting interesting people when covering stories.

When most people think culture is quite distant to the daily life of ordinary citizens, Chow argues: “Actually it’s not. It’s something that everybody can enjoy. It appeals to not only a small group of people but also the general public.”

She believes her job is more than just a journalist. She tries to bring her stories alive and conveys the message of arts to her readers with the hope that these creative minds can inspire others.

Chow’s job takes her to explore different parts of the world such as Europe and South America where she gets to see and experience different kinds of art forms and cultures. “Arts and culture are international languages and they always bring you a different dimension,” she says.

When asked about the most memorable interview she has done so far, she cites the one with Wong Kar-wai. “He is a mystery. He always wears his sunglasses so you can’t see his eyes. You don’t know what he is thinking… He is also a great storyteller who is eloquent and knows how to market himself.”

Famous for her cultural perspectives, Chow explains that there are two aspects of culture in Hong Kong. She points out culture is not only about arts, it is also related to politics and public policy such as urban development.

How can the government’s expenses benefit cultural development? How do certain projects affect the environment? How can these projects reach children? How can culture policies engage the general public? These are the questions Chow thinks about when reporting about culture and public policy.

Chow is also an advocate of preserving Hong Kong culture and heritage. She offered suggestions in the preservation of paintings by the King of Kowloon on doors and electricity facilities which otherwise would be demolished. The paintings are now conserved in the M+ collection. “I am preserving something that I think is important,” she says.

“I am preserving something that I think is important.”

Her passion for Hong Kong is overwhelming. Hong Kong’s soft power and the importance of Hong Kong culture as an international institution are the two issues she cares the most. “The world will know Hong Kong through exhibitions,” she says. She also points out it is important to maintain Hong Kong’s cultural identity.

Looking ahead to the future of cultural journalism in Hong Kong, she believes we need to find and build an audience. “We need a younger audience to become more interested in these topics. Young people are not interested in long pieces. So maybe we have to come up with different types of storytelling. Maybe I can do more videos. We have to rely on social media much more.”

Chow founded the Cultural Journalism Campus (CJC), a non-profit educational initiative in 2014, which promotes arts and culture among young people through the practice of cultural journalism, art criticism and storytelling.

At the end of the interview she has a message for the young: “Curiosity is one of the most important things for human beings.” On how to do future planning, she says: “Well, that’s life. You know, you never know what’s gonna happen. You know, it just happens.”