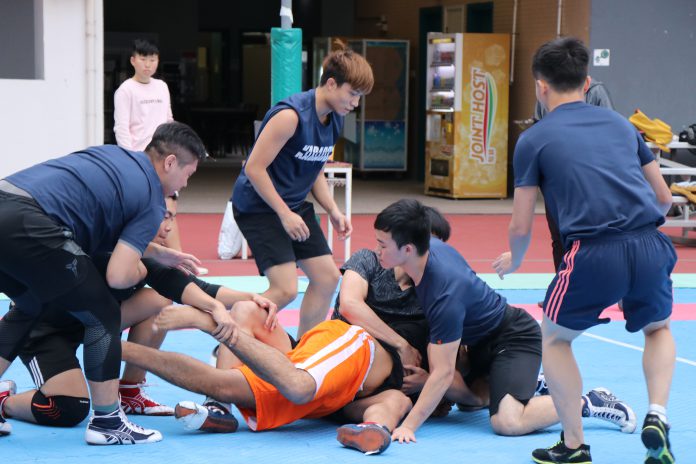 Kabaddi – a sport that brings Hongkongers of different ethnicities together

“Kabaddi is in the blood of everybody,” says Jazz, former professional Kabaddi player from Punjab in India. He simply cannot hide his love for the competitive contact sports. He loves it so much that he is trying to form a professional team in Hong Kong.

Jazz says the rules of Kabaddi are so simple that a five-year-old child can easily learn how to play. Originated from ancient India and South Asian countries, such as Nepal, Pakistan and Bangladesh, Kabaddi is an easy-to-learn and crowd-pleasing contact sport, but it remains unknown to many people in Hong Kong.

Kabaddi has been an official event in the Asian Games since 1990. The World Cup Kabaddi 2019 will be held in Melaka in Malaysia from July 27 to August 4 this year. A total of 32 men’s teams and 24 women’s teams, including representatives from Hong Kong, will participate in the tournament.

To play Kabaddi, all you need is a flat and rectangular area. Similar to a badminton court, a Kabaddi court is surrounded by boundary lines, with a middle line to indicate the area two teams occupy.

The match is divided into two halves and each session lasts for 20 minutes. Each team can send seven players onto the field and the two teams alternate between raiding and defending. To attack, one player from the raiding team runs across the midline to the defending side of the court and tag as many opponents as possible to score.

Players are sent off when they are tagged, captured, or break a rule, and can be “revived” by eliminating an opposing player. The team with the most points at the end of the game wins. “The difference of Kabaddi [with other sports] is its high flexibility,” says Ho Yan-yee, a Kabaddi coach. She believes Kabaddi requires both speed and strength. “Comparing with basketball or football which have fixed strategies, it is a blend of all sports,” she says.

Kabaddi United Hong Kong, founded in 2014, aims to promote social inclusion by introducing Kabaddi. Lo Yuk-kwong, one of the cofounders, says the sport is an active and concrete way to empower ethnic minorities (EM) in Hong Kong.

Lo explains why Kabaddi has been used to help solve the social inclusion problem. “There are people who want to help EM, unfortunately they only advocate policy changes, which turns out to be empty talks since it could not help explain why we should not discriminate them,” he says.

Kabaddi United Hong Kong aims to foster social integration and encourage the public to learn more about cultural diversity through the game. Since its inauguration, the group has collaborated with 42 organisations and arranged more than 150 Kabaddi workshops with a turnout of over 2,000 participants.

It has also organised Kabaddi fun days and beginners’ classes in the community with the help of its intercultural ambassadors. After playing Kabaddi, participants of different nationalities and ethnicities are encouraged to join a sharing session, in which they introduce their beliefs, culture, and languages.

Promoting culture through sports is not common in Hong Kong. “The major purpose is to integrate Chinese with other ethnic groups. Also, EM They can get very delighted when people in Hong Kong are actually interested in their sport and culture Lo Yuk-kwong Ho Yan-yee members can also be given job opportunities related to Kabaddi,” says Lo.

However, Lo believes career support is not the ultimate solution for EM to integrate into the society. “You may still get labelled with low-paid or simple jobs,” Lo explains. As the EM are not able to find their values, they have low satisfaction in life.

Currently, there are seven to eight EM intercultural ambassadors working in Kabaddi United Hong Kong. “They can get very delighted when people in Hong Kong are actually interested in their sport and culture,” he says. Lo added that there is a change in their identities. “They can gain satisfaction when they share their culture with Hong Kong people,” he says.

Kabaddi as a language

Language is always a barrier when it comes to communication with people from different countries, but Kabaddi is a sport that requires no verbal language at all. It enables people to communicate easily with physical touch. “If you are [only] learning the fundamentals, it’s very easy to communicate with everyone, whether we have a language barrier or not,” says Royal Sunar, a Nepali intercultural ambassador.

“When you belong to minority, whether others show it or not, you’re gonna feel you are left out,” he says. Even though he was born and raised in Hong Kong, Sunar always reminds himself to stay positive when trying to interact with people of different ethnicities. “Whether I’m understanding them or not, I just stay with them and then get to know them,” he says.

Language barriers can only be overcome with collective efforts. Wyman Tang Wai-man, adjunct assistant professor of the Department of Anthropology at the Chinese University of Hong Kong, is grateful that the Hong Kong Kabaddi Team members have the awareness to translate messages for each other in their WhatsApp group.

“They got the idea that it won’t feel good when you try to leave somebody out, and they start to have this kind of sense and take further actions,” Tang says. He hopes others can do the same. “Nowadays, the biggest problem for Hong Kong Chinese is not to have this kind of awareness. They take it for granted,” he adds.

Tang believes having fun is the key to arouse others’ interest in enthic minorties and help them intergrate into Hong Kong mainstream society. He adds: “But if we think: ‘We’re going to play, you’re going to have fun,’ then we can create something that is intercultural.”

Kabaddi is not just a notch on the belt of social integration. “It is actually mutual empowerment. It is mutually beneficial,” Tang adds. 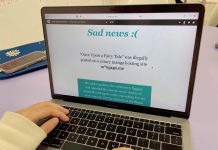