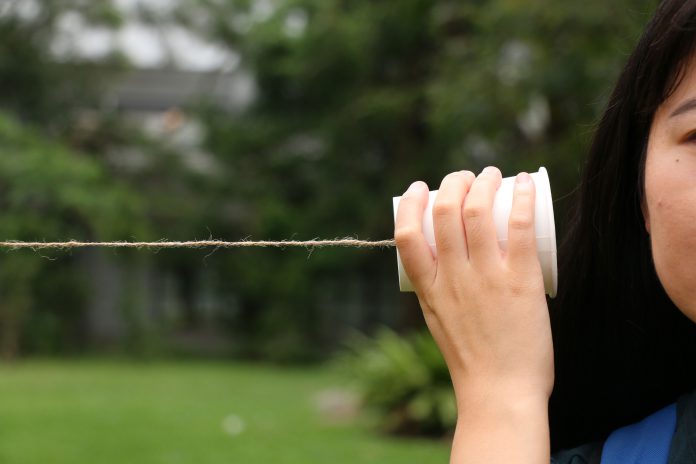 With a strong interest in Hong Kong environmental policy design, fresh graduate Natalie Chung Sum-yue, applied to join the Member Self-recommendation Scheme for Youth (MSSY) in June 2018. “I joined the scheme because I want to work on environmental policy,” Chung, who is now serving a two-year term as a member of the Council of Sustainable Development says.

Chung, who studied Geography and Resource Management at the Chinese University of Hong Kong (CUHK) is also a co-founder of V’air Hong Kong, an environmental organisation which advocates low-carbon lifestyle.

The MSSY was launched by the Home Affairs Bureau in 2017. The scheme aims to “scout for talent more widely and encourage participation of young people in policy discussion and debate”, according to the bureau’s website.

Under the MSSY, people aged between 18 and 35 can self-nominate themselves to join specified government advisory committees. The recruitment is held twice a year. Successful applicants will serve in the respective advisory committees they applied to.

Chung agrees that the MSSY can increase youths’ involvement in various policy aspects that they are specialised or interested in. “During my first year, I mainly worked on education and promotion of carbon reduction, such as organising a youth forum and visiting Mai Po Wetland with primary school pupils,” Chung shares.

However, she is doubtful whether the MSSY can sufficiently facilitate engagement of young people in policy discussion and debate, which is one of its major goals.

Chung says she can voice her opinions in the council, but whether her views are valued by the council is another matter.

“Professionals from the Environmental Bureau propose frameworks and policies for sustainable development before council meetings. After the meetings, what we have discussed are documented,” Chung says. “But I don’t know to what extent suggestions are adopted.”

Attempts to connect with youths

The Chief Executive Carrie Lam Cheng Yuet-ngor has sought to connect with the youth. In her Policy Address in 2018, there is a chapter titled “Connecting with Young People to Build Our Future Together”.  The MSSY was announced.

Amid the on-going protests triggered by the anti-extradition bill movement, on September 26, Lam had a face-to-face community dialogue with Hong Kong citizens at Queen Elizabeth Stadium in Wan Chai. Yet, protesters who are mostly young people remain discontented. Protests continue.

Another member of the MSSY and an activist for ethnic minorities’ rights issues in Hong Kong, Lamia Sreya Rahman says it is too late for the government to engage the young people. “The government should have done this (integrating youth in the government) a long time ago,” she says.

Rahman joined the MSSY in December 2018 and is now a member of the Committee on the Promotion of Racial Harmony. Rahman underwent a selection procedure which includes an application process, a group interview, and an individual interview.

Recalling the group interview, Rahman is shocked to find herself to be the only ethnic minority candidate. “People are having conversation about us (ethnic minorities) but without us,” exclaims Rahman, “they don’t even know about the problem.”

It turns out that many of her friends who are also vocal in ethnic minorities issues are not aware of the scheme. Rahman points out while there are promotions for the MSSY, most of the promotional materials such as posters are in Chinese. It makes ethnic minorities difficult to gain access to information.

The Home Affairs Bureau is contacted upon the issue. “Most of these publicity measures are delivered in bilingual version except a few in English/Chinese only in order to follow the market trend,” the bureau says in a written reply.

Rahman has just started her position for two weeks when she was interviewed, but she has already observed some advantages of the MSSY. “I have access to politicians like Matthew Cheung Kin-chung (Chief Secretary for Administration) and Yeung Yun-hung (Secretary for Education),” Rahman says. And she is confident that the officials will incorporate her advice in the policy, though she reckons it might be a slow process.

Rahman also points out there is still a lack of sufficient young voices in the council that she is serving. Taking the Committee on the Promotion of Racial Harmony as an example, other than the two MSSY participants, the rest of the members are either government officials or adults with professional experience. Therefore, Rahman thinks the Committee cannot fully represent the younger generation of the ethnic minority.

The government still has a long way to make the councils more youthful. According to the 2018 Policy Address, the government targets to raise the proportion of youth members aged 18 to 35 from 9% up to 15%.

President of Young DAB, Noel Shih, is confident that the scheme can help enhance communication between the youth and the government. However, he thinks merely counting on the MSSY alone is not enough to increase the number of young people in the government.

According to the Home Affairs Bureau statistics, the MSSY has recruited a total of 51 members out of some 4000 applicants since the launch of the scheme in 2017. Shih believes the government should also offer other opportunities for young people to take part in policy discussion.

“They (applicants of the MSSY) are passionate young people who want to contribute… the government can form focus groups with these passionate applicants who cannot pass the interviews,” Shih suggests.

Matthew Cheung Kin-chung, Chief Secretary for Administration and Chairman of the Youth Development Commission, says on his blog on September 29, that “Connecting with Youth is a crucial part of the government’s attitude on policy.” Besides, he also says the Youth Development Commission are working hard on strengthening the communication between the government and the youth.

Ma Ngok, associate professor of the Department of Government and Public Administration at CUHK is sceptical of the MSSY. He points out that members of the MSSY can hardly make a real impact on the government’s policy-making process. “These advisory boards are outdated. They have no say in policy making, not to mention adding one or two young persons in them, “Ma explains.

Ma is also pessimistic about candid dialogue promised by the government.” The government is not listening to the people. The claims they make are just shows. Not even adults have a say in policies, let alone the youths,” Ma says.