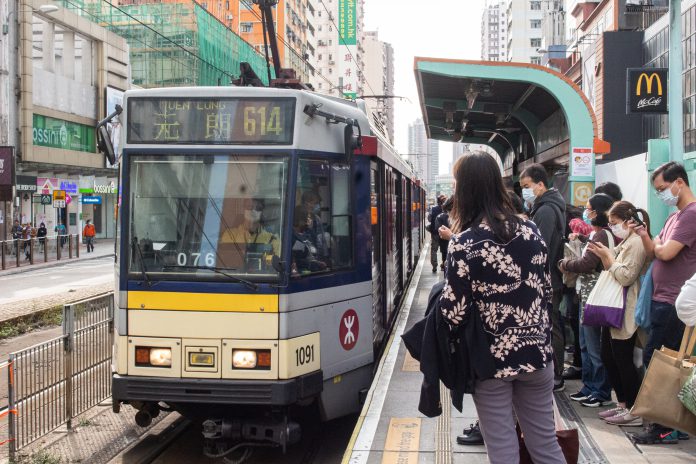 The landslide victory for the pro-democracy camp in the District Council election 2019 brings significant changes to Yuen Long.

Tommy Cheung Sau-yin, former spokesperson of a pro-democracy student activist group Scholarism, was elected as a district councillor in Yuen Long. Like other newly elected pan-democrats, the 26-year-old is passionate about making changes in the community he serves.

The former student activist is also the chairperson of a working group that was formed by the pro-democracy district councillors in the first meeting of Yuen Long District Council after the vote to investigate the 7.21 incident.

On July 21, 2019, mobs in white stormed Yuen Long MTR Station and attacked protestors returning home, passers-by and journalists indiscriminately with wooden rods and steel bars overnight. Emergency calls were made, but it took police officers 39 minutes to arrive at the scene – when the mobs had already left the scene. No arrest was made that night.

This incident has provoked a public outcry over the accountability of the police, who is accused of failing to protect citizens and colluding with the suspected triad gangsters.

“The government is not cooperative in investigating the incident,” Cheung complains. “Out of about 500 (suspected) gangsters, only 37 were arrested and seven were charged so far.”

Despite this, Cheung believes that forming a working group is still necessary. “It is very unlikely the government will give us a logical explanation. Yet, with the power of a working group, request for compensation and an apology are possible,” he says.

“The first thing we must do is to investigate 7.21 incident,” says Cheung, attributing his electoral success to his promise of probing the incident in his manifesto. Together with 32 fellow pro-democracy members in Yuen Long, Cheung has become part of the 45-member district council since the election.

More than 2.9 million people cast their votes in the district council election held on November 24, 2019, setting a record high of 71.2 per cent turnout rate, compared with 47 per cent in 2015. The election was perceived as a referendum for Hong Kongers to voice how they felt about protest crisis which broke out in June 2019. Having gained control of 17 out of 18 districts, the pan-democrats won nearly 60 per cent of the votes and secured a total of 392 out of 452 seats.

A shift in political power

Like many other districts, Yuen Long is now dominated by pro-democratic district councillors, with 33 out of 39 constituencies taken by pan-democrats. Cheung believes that with the pan-democrats being the majority in the district council, the policy-making process will be more efficient, and the council’s function of reflecting public opinions can be restored.

Regarding changes Cheung wants to make in Yuen Long, Cheung says he will tackle long-standing problems, such as poor hygiene and parallel trading. He says he would also like to organise town hall meetings to invite residents to take part in the policy design discussion.

Sharing similar views with Cheung, Johnny Mak Ip-sing, the vice chairperson of Yuen Long District Council, says there was not enough public consultation in the past, citing the controversial footbridge project in the district as one example.

Under the proposed plan, the government plans to build a 540-meter-long footbridge, connecting between Long Ping Station and South of Kau Yuk Road over Yuen Long Town Nullah, a major drainage channel in the district. The district council has been discussing the plan since 2009. The project is expected to be completed in 2023 with an estimated cost of HK$1.7085 billion. Various professional groups and Yuen Long residents have criticised the footbridge project for being too costly.

“The project was announced in the policy address…government officials all follow to please the Chief Executive just because she announced the plan,” Mak says. “The purpose of the project is to reduce the number of pedestrians crossing the road, thereby improving the traffic flow. But why shouldn’t the solution be the other way round? Instead of increasing the traffic flow, we should regulate the flow of private cars,” Mak says.

“Some sections of Yuen Long Nullah can be decked to create more road space and for people to do recreational activities,” Mak explains. “We will discuss the matter further in a working group, which was set up after we took office, for revitalizing the footbridge and the nullah, and we hope to address the matter this year.”

Joyce Lau Cheuk-kei, a 20-year-old Yuen Long resident, agrees that there was a lack of public consultation on the footbridge project. She says that the pro-government district councillors did not consider public needs at all in the past.

“More young pro-democracy district councillors are elected. There is a change in the political climate and the community as a whole,” says Lau. She hopes more voices from different stakeholders can be heard, and she is confident that the landslide victory can resume the function of the district council which is to channel public views into government policies.

Implications from the election

Ma Ngok, associate professor of the Department of Government and Public Administration at the Chinese University of Hong Kong (CUHK), believes the pro-establishment camp will not be able to regain public support. “The pro-government used to be the majority in district councils who have access to public resources. But they cannot do that now after losing their seats,” says Ma.

“It is impossible for her (the Chief Executive) to appoint hundreds of them (former pro-establishment district councillors) to take up positions at public offices or advisory committees. Actually, I think she is just trying to pacify them. There are not many such positions and they do not get paid. Also, most positions are occupied by the pro-establishment camp already.” Ma explains.

The political environment has led to a rise of new faces from the pan-democratic side. “This is what I have observed – political awakening brought by the district council election. The election was highly political, as the public voted with a political cause in mind,” Ma continues.

But Ma believes the momentum will have little impact in the coming Legislative Council election. “Unlike district council election, the legislative council election allocates seats with proportional representation and I can only foresee a slight win for the pan-democratic camp.”