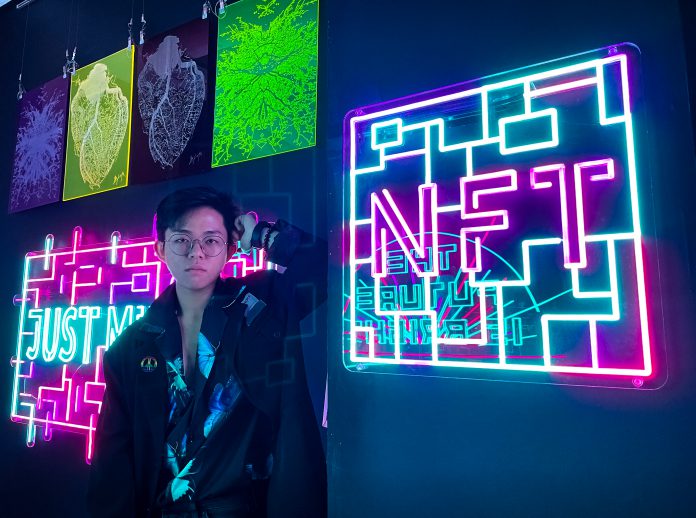 A transgender young man founded an organization to raise the public awareness of transgender.

Liam Mak Wai-hon, a 20-year-old associate degree student, faces more daily challenges than his peers, as he is going through gender affirming therapy.

Born as female, Mak has always wanted to live as a man and he turned into a transgender man four years ago.

“I told my mom I was a boy when I was three. My mom was not mad and thought I was just being childish,” Mak recalls.

Mak has been taking hormone pills bought from a pharmacy for his gender affirming therapy without medical advice since the summer of 2019.

Now he receives hormone injections every three weeks coupled with oral drugs and medical support to alter his body condition towards male.

“There is no end for hormone treatments, and I have to do it for the rest of my life,” Mak says. He is also considering going to Thailand for a top surgery to remove his breasts.

Along his transition journey, Mak has met other young transgender people, with whom he created a WhatsApp group of 10 members to share their experience in 2018.

Two years later, he formed Quarks – Hong Kong’s first trans youth organisation which now has over 2,300 followers on its official Instagram account and more than 100 members in the WhatsApp group.

According to the Food and Health Bureau, there were 495 patients diagnosed with gender identity disorder, and 40 persons have received partial or full sex reassignment surgery from 2010 to 2015.

Gender dysphoria, an unease caused by a mismatch between biological sex and gender identity, can lead to mental illness if such feelings grow intense.

“The state of life we (trans teens and trans adults) go through is different. Most organizations are for older transgender people aged over 30. We want to provide peer support for trans teenagers and young adults,” the founder of Quarks says.

“The state of life we (trans teens and trans adults) go through is different. Most organizations are for older transgender people aged over 30. We want to provide peer support for trans teenagers and young adults.”

Being trapped in a wrong body, Mak has always faced difficulties in his daily life.

Wearing female school uniform was one of the challenges during his school life.

It was not an easy battle since he studied in a Christian secondary school. His mother had to negotiate with his teachers and he needed to be assessed by a doctor.

Mak was finally able to dress in a male uniform when he was in Form Five, but he was not allowed to go to boys’ toilet even in his male uniform.

Dressing like a tomboy is not what Mak wants. “I want to be a man but not a tomboy. The latter is just a girl wearing male clothes,” he says.

“I want to be a man but not a tomboy. The latter is just a girl wearing male clothes.”

Apart from troubles encountered at school, he was also once offended at work.

He worked as a part-time bartender in January 2020. At first, everything went well. His co-workers addressed him as a man. But their attitude changed after the first week.

“My colleagues teased me by asking if I am a man or a woman. They thought I was a weirdo because I went to a male toilet,” Mak says.

He later found out his manager and co-workers gossiped about his gender. His employment application form which included his biological sex and other personal data, was shared among his colleagues without his consent.

“I think their behaviour is disrespectful, and it shows that the public lack understanding of transgender,” Mak says.

According to the Immigration Department, in order to change the gender entry on one’s identity card, one has to complete sex re-assignment surgery and only bottom surgeries would be counted.

But Mak does not find it necessary to undergo bottom surgeries at this moment.

Only 5.6 per cent of the transgender respondents had changed the sex entry on their identity cards, according to the largest transgender survey conducted by the Chinese University of Hong Kong and the Transgender Resource Center.

The future of Quarks

Looking ahead, Mak says he will register Quarks as a charity.

“I want to have long-term planning and ensure wider acceptance for our organization in the future,” he says.

For now, Quarks raises public awareness of transgender on social media and holds events for trans youth as a registered society under the Societies Ordinance.

“Our recent events include Diversity Hub, where three marginalised groups of people — transgender, ethnic minorities, and deaf people — come together for interactive workshops to embrace diversity and foster connection between communities,” Mak says.

“We plan to publish a book about experiences of being transgender and organise monthly reading club for them to share opinions,” he says.

“With Quarks and hormone medication, I am more relaxed and gain more confidence in myself. I care less about how others think of me and shift the focus back on myself now,” he adds.