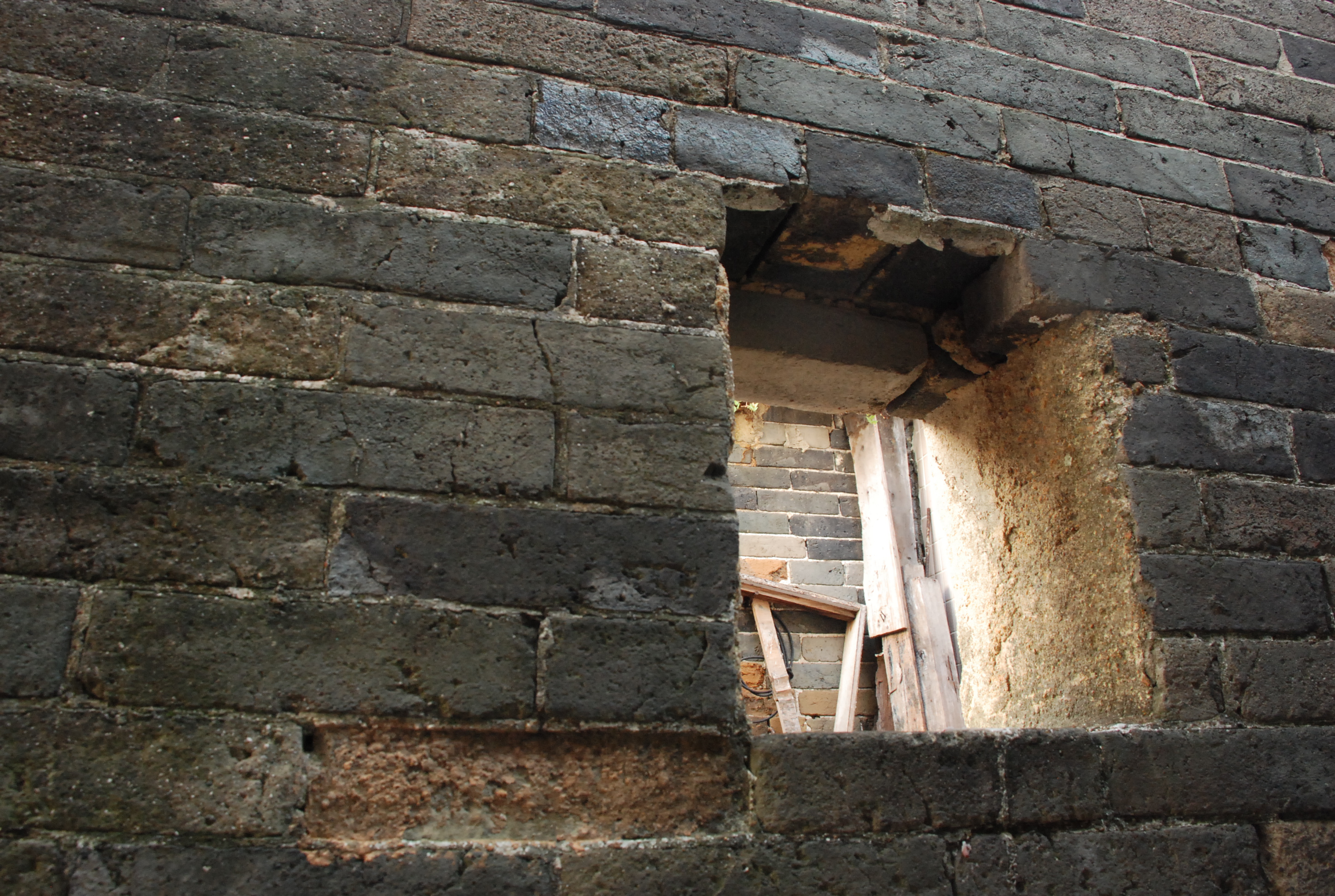 Hong Kong is known more for its high-rises than its rural villages but even in this crowded metropolis, some local communities have managed to retain their own distinctive features from the past. In parts of the New Territories, such as Yuen Long, Fanling and Sheung Shui, Tai Po and Sha Tin, you can still find walled villages.

A study of 131 villages conducted by historian Siu Kwok-kin and his coworkers in 1995 found 71 villages with the word Wai (walled) in their name.

Residents in the New Territories built walled villages for better security in the past. These villages usually contained brick houses, moats and wells. Today, most villagers welcome the conservation work on their walled villages, but some complain that their own rights have been overlooked.

Mr. Tang, who has lived in Kat Hing Wai in Kam Tin for more than 40 years, says the government must protect the benefits of the villagers while conserving their villages. Tang says the villagers have lost their privacy to conservation efforts.

“So many constraints come along with conservation. We have to open up the area to tourists on specific days at specific times.”

Tang describes the villagers as being animals in a zoo.

Tang rebukes the government for depriving the rights of the land owners in the name of conservation. He says this encroaches of the house-building rights of male indigenous villagers in the New Territories, adding that is why some villagers choose to sell their rights under the Small House Policy to property agencies.

Another Mr. Tang, a villager of Lo Wai in Lung Yeuk Tau, believes that the conservation of his village prevents him from improving his living conditions.

Although only the entrance tower and village’s enclosing walls at Lo Wai are declared monuments, Mr. Tang says villagers were not allowed to renovate their homes, even though they were falling down. He says the regulations have been eased now but it did make life difficult in the past.

Tang is also skeptical about conservation work carried out by the Antiquities and Monuments Office. He says repairs for structural problems often take too long, while renovation work on the ancestral hall would probably draw laughter from tourists. Tang explains that what he calls “so-called conversation” amounts to little more than applying a fresh lick of paint.

A visitor to San Wai, another walled village in Lung Yeuk Tau, says villagers should be allowed to make their own decisions about their properties. He suggests guidelines could be issued, but that villagers should still have the right to choose their preferred way of development.

Historian Siu Kwok-kin, who heads the Centre of Studies of Hong Kong History and Culture of the Chu Hai College of Higher Education, says Hong Kong’s conservation work lags behind places like the mainland and Germany.

Siu says Hong Kong people are pragmatic. When villagers know their houses will be taken over and they will receive compensation, they want to make sure they get the highest possible amount.

Some villagers may want to get financial aid from the government to renovate their houses. Others think they have the right to demolish their traditional houses and build new ones with several storeys.

But Siu believes traditional houses have to be preserved. He suggests the villagers could be relocated to facilitate the preservation of the walled villages.

But San Wai villager, Mr. Wong, says it is very unlikely for the villagers to move away from the walled villages because they are used to the lifestyle there. “For some villagers, they will not move even if a public housing is provided,” says Wong. Other considerations are feng shui and the roots they have in the village where generations of their family have lived.