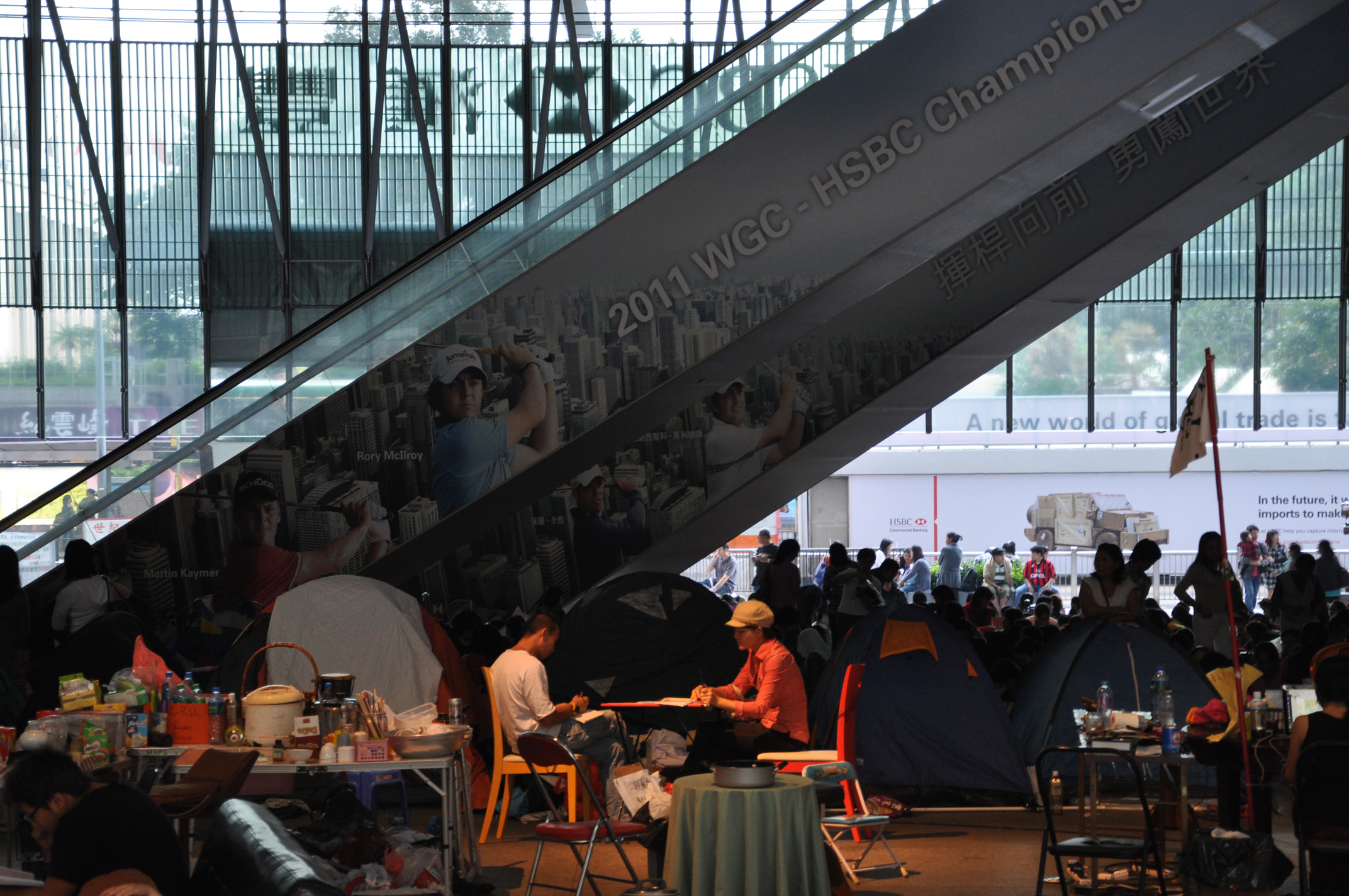 In response to the worldwide “Occupy” movement that began in New York’s Wall Street, Hong Kong activists began to occupy the city’s business on October 15th 2011.

In front of the headquarters of HSBC there are posters and boards displaying messages of their protest. “Humanity needs awakening” and “End the local Monetary System” are just two examples of the many slogans.

The occupiers come from all walks of life and share a common goal: to bring an end to the current model of capitalism and social inequality. For four months, these protestors have been camping in Central day and night; they say they are here to stay.

The protestors work together; helping one another to solve the everyday problems they face living away from the relative comfort and privacy of their homes.

“Occupy Central” is at its liveliest at night. This is when most activists return to base after a day at school or work. During the day, those who stay behind can usually be seen hanging up banners, handing out leaflets or quietly going about their business.

To pass the time and for leisure, they engage in activities of their own interest, such as playing the guitar and conducting yoga lessons. They hold regular meetings to review the current situation and come up with possible solutions for the problems they face.

Everything is discussed extensively before a consensus is reached. The occupation is a group effort. There are no leaders; just different people working to ensure that they succeed in working towards their goal.

The protestors are not alone in their endeavours. Ready support comes from volunteers who bring food, drinks and even cooking utensils. Some even come to cook for them.

On the whole, the occupiers are satisfied with their camping life. But they do have encounter practical difficulties, such as taking a bath. In order to shower, they have to take a 10-minute walk across several paths before finally reaching a public washroom at a public sports facility.

Many of the occupiers are university students and KY is one of them. He spends his mornings in school, and the rest of the day back in Central. He prefers to live here rather than at home. He is says he feels a greater sense of freedom here becaue he can do whatever he wants and says whatever he likes. “I like living here, it’s really comfortable!” KY says.

He has had to go home thrice to fetch his belongings but he does not mind the traveling back and forth. Nor does he worry about being arrested by the police, instead, he wonders what he would do with all his stuff if that happened. “With the amount of stuff I have here right now, I don’t know what I’d do if I got arrested by the police.”