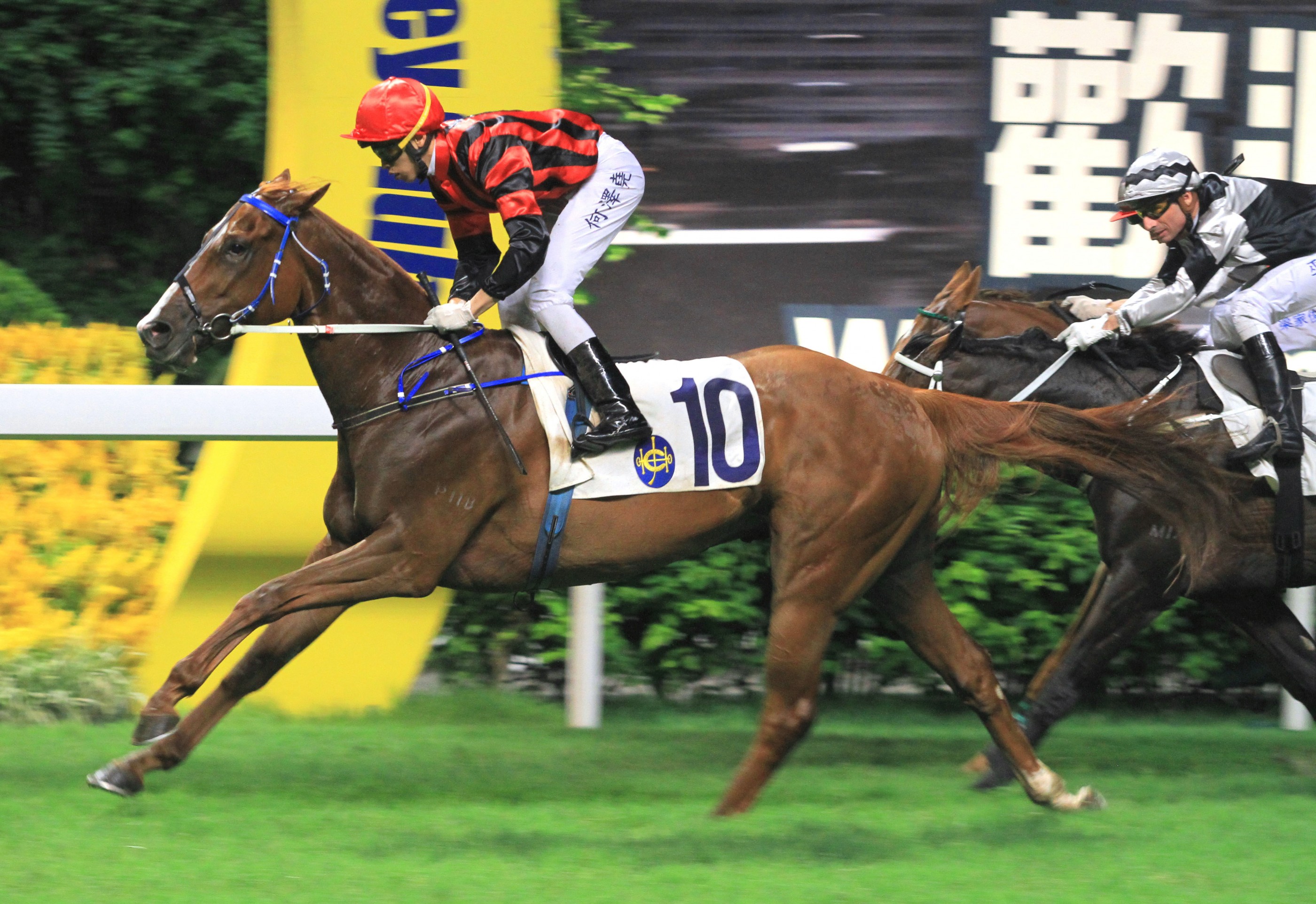 Jockeys need discipline and grit to excel in horseracing

By Tracy Cheung and Henry Lee

At 4:30 a.m., when most people are still in bed at, the jockeys are already out riding at Sha Tin Racecourse, preparing for the races held every Wednesday and Saturday at one of Hong Kong’s two venues.

Many people only associate horse racing with gambling, little realising that it is a sport with a long history and a reputation as one of the most dangerous.

Jockeys have to undergo years of training before they can ride in races and they also have to follow a strict daily routine. Vincent Ho Chak-yiu, 23, an active local jockey, wakes up at 3:45 a.m. every day so that he can start exercising the horses ‒ and learning about their behaviour and temperament ‒ at the Sha Tin course by 4:30 a.m. After riding eight to 10 horses every morning, he has breakfast. He will either take a nap in the afternoon or go to the gym for fitness training. Before each race day, he has to look at the form for the horses he will ride and develop suitable racing strategies.

“If you want to be the top of the top, self-discipline is extremely important,” says Ho.

That discipline means a jockey’s daily routine is more or less the same; repetitive, dull and montonous. Jockeys must be very disciplined to withstand temptations like staying up late.

Apart from a disciplined lifestyle, a jockey must work hard to maintain a low weight. In all handicaps, the maximum allocated weight is 60.3kg and the minimum allocated weight should be no less than 51.3kg. Since there are strict limits on the carried weight of horses, jockeys are expected to weigh around 49 to 53.5kg.

There is significant advantage to being light as jockeys may have more opportunities to ride a wider variety of horses of different sizes if they are light. Ho has resorted to extreme methods to maintain a low weight in the past.

He recalls how, when he was undergoing jockey training in New Zealand, he tried running in a long-sleeved windbreaker during the summer so that could sweat more in order to lose weight. Another time, he put chocolates into his mouth just so he could taste them before spitting them out again seconds later. Ho does not go to such extremes now and is more flexible about what he eats even though he still has to watch his weight.

But while jockeys strive to keep the pounds off, they also have to be physically strong. With as many as 10 races a day, a jockey needs to have stamina.

Still, keeping fit, trim and strong are not the most difficult aspects of being a jockey. Rather it is the dangerous nature of the job. “Horse racing is an extremely dangerous activity, it could almost be regarded as the most dangerous sport in the world,” says Ho who was unseated from a horse, hit by another trailing behind and broke his arm badly in a race in February 2012. It took him seven months to recover after the accident.

A racehorse can gallop at up to 70 km per hour and the rider, with rump in the air, is elevated around 2 metres above the ground during the race. This means that an accident where a jockey is unseated can cause serious injury or even death.

Ho says horse racing is even more dangerous than Formula One racing because the jockey is controlling an animal, which is a living, thinking creature, while a racing car driver is merely controlling a machine.

But with the danger can come great reward. The prize money from each race is a major source of income for jockeys. Under the current prize money distribution system, a jockey gets 10 per cent of the total prize money if he wins a race and 5 per cent of the total prize money if he finishes in second to fifth (or sometimes 6th) place. For each race they ride, jockeys earn a HK$1,000 race fee. Normally in a Class 1 race, the prize money is HK$2 million. However, in some international competitions, the jackpot can be over HK$20 million. As a result, many jockeys can earn a considerable amount of money through prize money. Some of the top jockeys earn over HK$1 million a year.