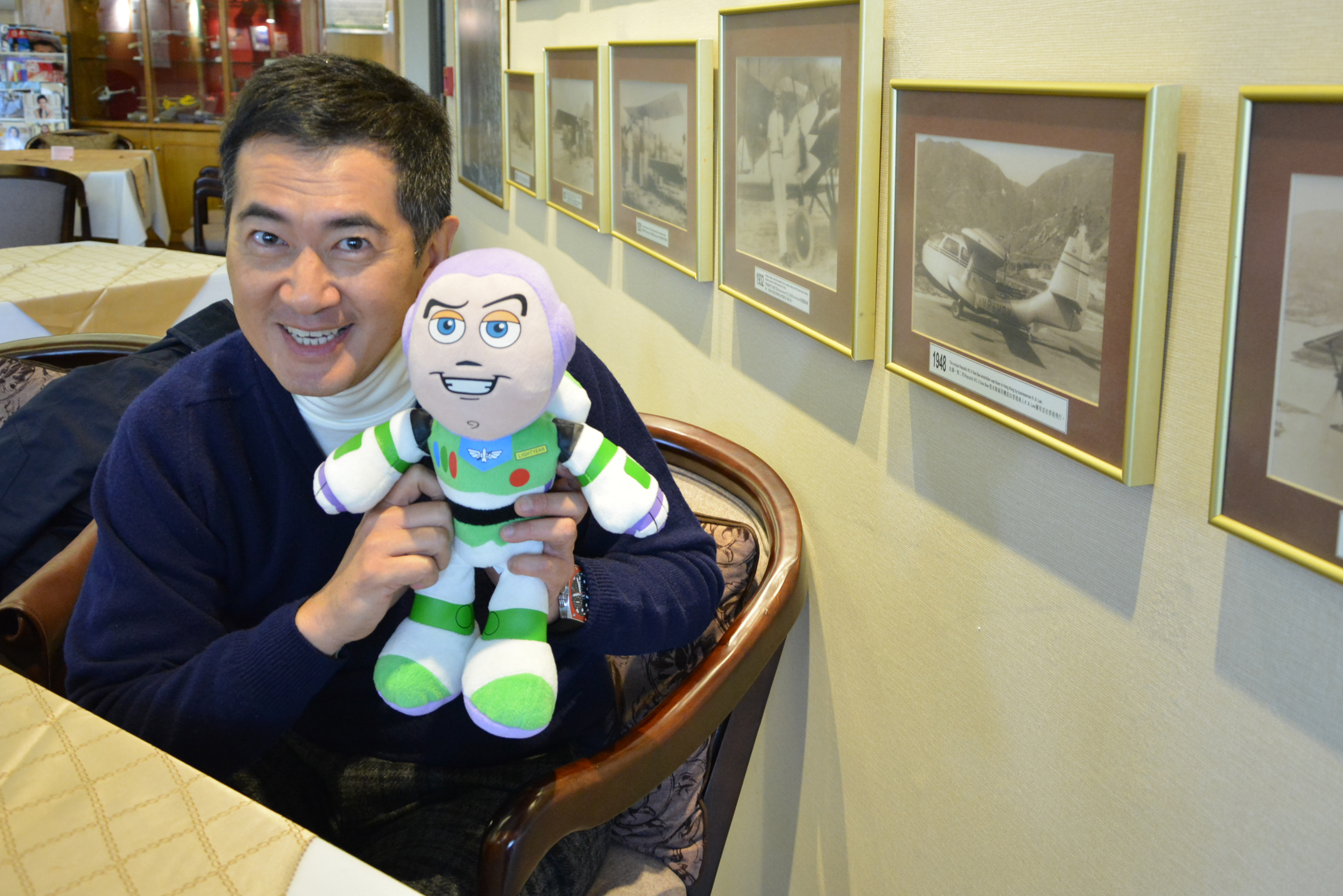 For many years, he was best known to TV audiences as an affable host of variety shows and occasional actor. But in recent years, Patrick Dunn has won fame and cult status among the younger generation due to an uncanny resemblance to the Buzz Lightyear character in Disney’s Toy Story. The 54-year-old Dunn treats this quirky development much in the same way he has responded to most things in life — with good humour, and not too seriously.

In person, Dunn is as cordial as his screen persona. Sporting an army overcoat, tartan trousers and a sweater bearing the insignia of the Royal Hong Kong Regiment, he says he does not think he really looks like Buzz Lightyear. But there are similarities; Buzz is an intergalactic space ranger and Dunn was once a real soldier in the Royal Hong Kong Regiment (The Volunteers), who patrolled the Hong Kong borders to apprehend illegal immigrants.

Military life may seem at odds with Dunn’s easy-going, laid-back personality but he is clearly passionate about it, eagerly showing off the photos and medals depicting his service in the regiment. As he looks over pictures of his younger self in camouflage fatigues and carrying more than 36 kg of military equipment, he cannot hide a smile at the memories of the harsh, but rewarding, military life.

Dunn joined the regiment in 1989 and served until it was disbanded in 1997 when Hong Kong was handed over to China. He recalls that in the physically demanding annual combat tests — which simulated real battle conditions — he and his teammates had to run 5 km on the ground and then up hill in full gear. “Some exercises were so exhausting that, at one point, I thought of quitting. But once you’ve finished it, you forget the tiredness and look forward to the next training,” he says.

Military training encourages discipline and the mindset of operating as a cohesive unit through physical training. The tough drills forced Dunn to make personal breakthroughs and perform seemingly impossible tasks. Gradually, he developed a sense of self-confidence. “When you can accomplish the high demands of the regiment, everything seems to be easier. It is like constantly challenging yourself,” he laughs.

The conditions of military training were certainly at odds with Dunn’s comfortable upbringing in a wealthy Hong Kong family but it was the realisation of a boyhood dream. Living in Kowloon Tong when he was young, Dunn always saw soldiers and army trucks stationed at the campground next to his house.

As the youngest of three brothers, Dunn was granted a lot of freedom growing up. The family owns two logistics companies in Hong Kong with six branches in the United States and three in Canada. But he did not face much pressure in terms of career expectations, and his parents never stopped him from idolizing soldiers or developing his own interests.

Dunn spent most of his secondary school days hanging out with friends and going to parties. In the Hong Kong Certificate of Education Examination, he failed four subjects out of nine. This prompted his brother to send young Patrick to further his education in the U.S. where he would have fewer distractions.