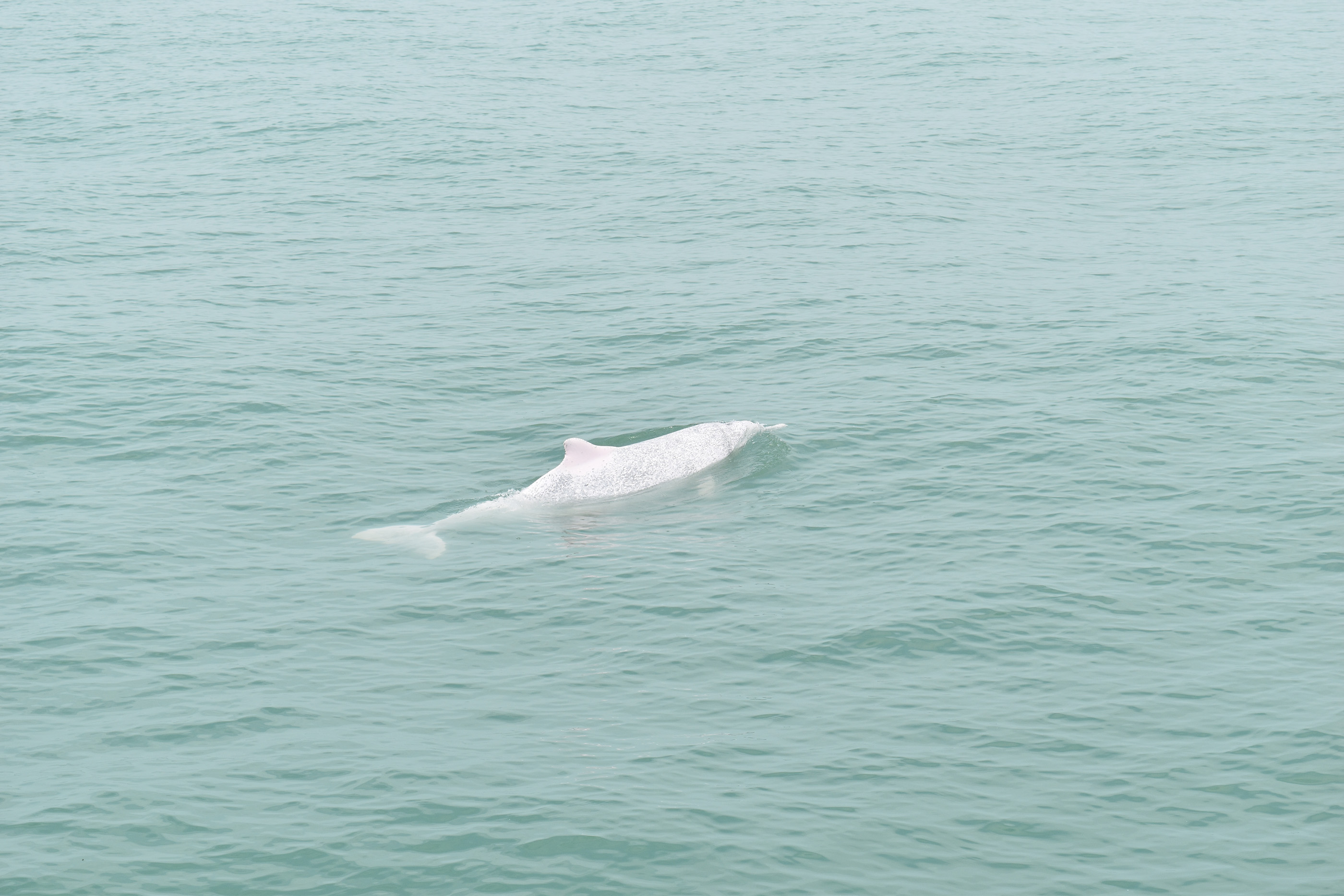 Mention the waters around Hong Kong, and most people will think of cargo ships or ferries rather than dolphins. But in fact, Chinese white dolphins have been recorded in the area since the 1600s. The marine mammals are usually found in waters around North Lantau, near Castle Peak, Lung Kwu Chau and Sha Chau Marine Park, Chek Lap Kok and Tai O. They can also be found in the waters south of Lantau, including Fan Lau and the Soko Islands.

Dolphin-watching is a popular sightseeing activity for both locals and tourists. However, the impact of dolphin-watching tours on the animals themselves has become a concern in recent years. Those concerns came under the spotlight in January,  when a Chinese white dolphin later named “Hope” was found injured with four severe wounds that were likely caused by a boat propeller.

After 18 days of observation and six attempts to rescue him, “Hope” was handed over by the Agriculture, Fisheries and Conservation Department (AFCD) to Ocean Park’s rehabilitation facilities for further care and observation. Unfortunately, he was euthanized four days later due to a drastic deterioration in his condition.

What happened to Hope triggered conflicting views over when and how the rescue was carried out. Some believe the injured dolphin was better off left alone in the sea, others thought that Hope should have been immediately rescued and sent for treatment  after he was first spotted with injuries.

As for the possible cause of Hope’s injuries, Samuel Hung Ka-yiu, the founder and chairman of the Hong Kong Dolphin Conservation Society thinks small-scale local dolphin watching tours may be responsible. Hung says many tours leaving from Tai O fail to follow the Code of Conduct issued by AFCD, which is a non-legally binding voluntary code established to reduce disturbances to dolphins during dolphin watching activities.

Under the Code of Conduct, vessels should cruise slowly, avoid a sudden change of course and always keep a distance from dolphins. What is more, the code stipulates there should only be one vessel watching a pod of dolphins at any time. According to a written reply for the AFCD, the department has been in regular contact with the local operators in Tai O to promote the code.

Although some local tour owners emphasise they slow down when approaching dolphins, Varsity still observed practices that could disturb dolphins in that area, for example, the chasing of the dolphins at high speed, calling other affiliated in the boat tours to speed into the same area and hover around the dolphins, cutting across the course of dolphins, and sudden changes in boat direction.

Tammy Cheung, of Eco Travel Limited says visitors, have a responsibility to choose a proper dolphin watching tour operated by companies that adhere to the rules of the Code of Conduct and employ a trained guide.

The negative impact of dolphin watching activities is cumulative, repeated disturbances can potentially lead to damaging effects in the long run for the dolphin population.

In view of this, related organisations such as Sea Shepherd Conservation Society and Ocean Park Conservation Foundation are working towards a solution to minimise the impact of the tours on the sustainability of the dolphin population and dolphin-watching as an activity. Measures could include effective regulation of dolphin-watching tours and a recognised protocol for marine mammal rescues.

Apart from inadequate regulation of local dolphin-watching tours, construction on projects such as the third runway for Chek Lap Kok Airport and the building of the Hong Kong-Zhuhai-Macau Bridge also threaten the dolphins’ natural habitat. Noise pollution from the construction works and water pollution from the Mainland are other factors that threaten the survival of dolphins in the area.

Gary Stokes, the director of the Sea Shepherd Conservation Society in Hong Kong suggests authorities designate a marine park for the dolphins before further construction in the western waters off Lantau begin to narrow the dolphins’ habitat, and to balance conservation and development.

It would all be too late for Hope, but not soon enough for Hong Kong’s ever declining Chinese white dolphin population.