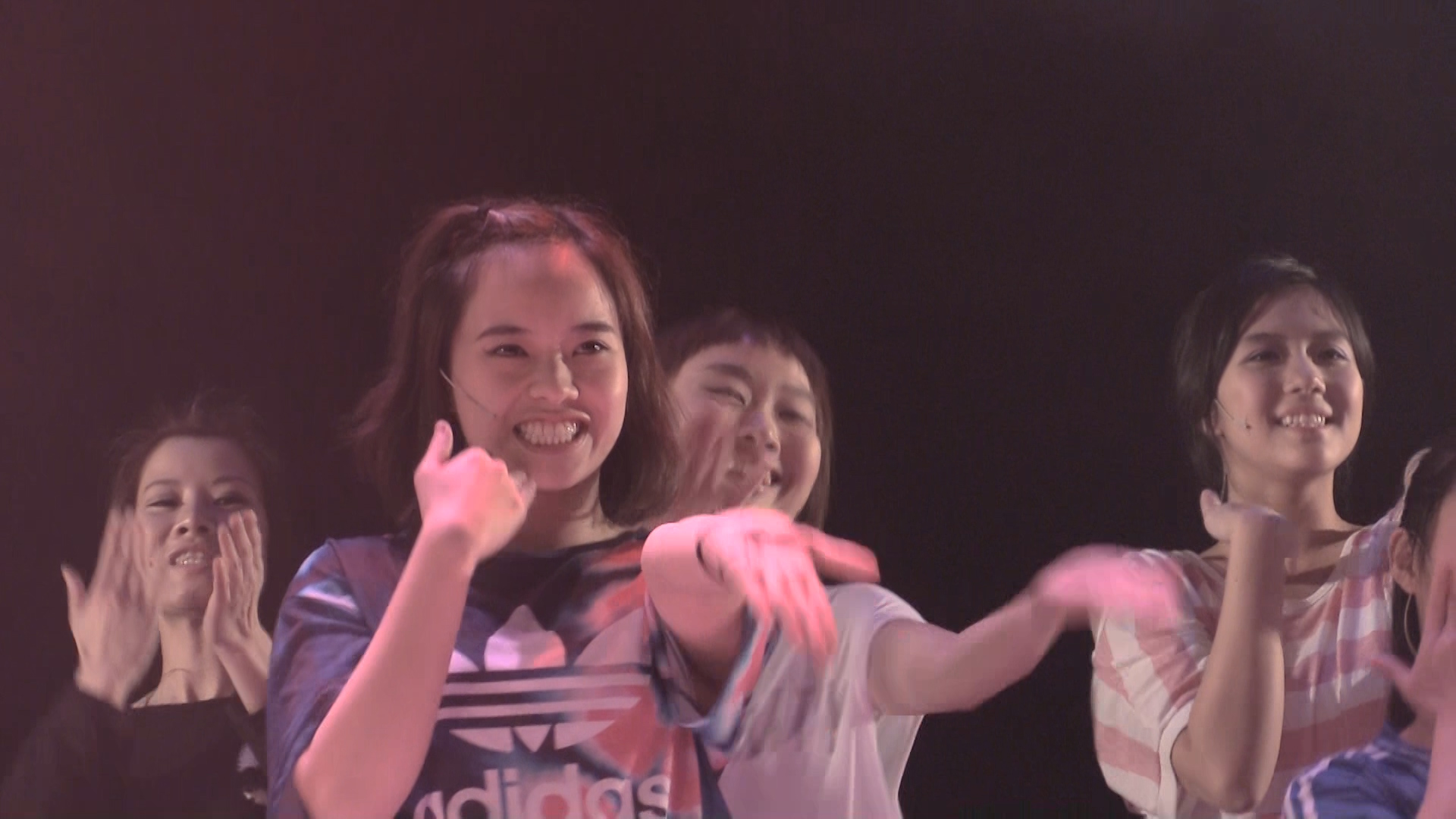 When it comes to the word “musical”, you may instantly think of Broadway and West End of London. However, there are some local artists and performers trying to create original Cantonese musicals which are tailored to Hong Kong culture and audiences.

Actor’s family, an award-winning theatre company, mainly produces original musicals. In their studio in Kwai Hing, they rehearsed a new musical, Beyond Paradise, staged in mid-April.

The story is about a man’s confession to a crime he committed years ago. Director Henry Fong Ka-wong hopes the musical could get members of the audience to reflect on morality.

Directing a new musical presents specific challenges. Fong found it hard to fit new songs into the drama. Once, he and his actors burst out laughing when they rehearsed a new song for the first time, because its style was at odds with the serious tone of the scene.

As for actors Jarita Wan Cheuk-yin, Gregory Charles Rivers and Margaret Cheung Kwok-wing, the biggest obstacle of local productions is singing in Cantonese. They say it is hard to get the intonations right when they sing.

Apart from technical issues, there are also structural problems hindering the development of local musicals. The Hong Kong government does not allow the booking of performance venues for long-runs, so it is not possible to stage long-running and big-scale musicals like on Broadway.

Since there is no long-term performance, actors have to do side jobs to make a living, like teaching, dubbing for cartoons and even providing backup vocals for Cantopop artists. “You can make a living and you can survive (as a musical actress),” says Margaret Cheung.

Jarita Wan says Hong Kong musicals are becoming more popular but are still not as well-recognized as other forms of entertainment and art. Despite all the hardships, the Beyond Paradise cast is proud of being local musical pioneers because they can tell Hongkongers’ stories.

Apart from professional actors, a group of youngsters are also passionate about sharing their stories using music. The students of Whole Theatre’s one-year drama programme used their own experiences to form the plot for the original local musical, Cabaret 2015.

Chan Suk-yi and Cecilia Ng Yan-kit, the directors of the show and instructors of the programme, were touched by the students’ sincerity during the rehearsals and performances. They believe the rich life experience of the actors is the key to their authentic acting.

However, Ng thinks it is premature to discuss the future development of musicals as a genre of the arts in Hong Kong. In her mind, theatre itself is not yet well-established enough for musicals to be considered a form of entertainment in itself.

“Drama and musical is not yet a ‘culture’ in Hong Kong,” says her artistic partner Chan, “a lot of theatre organisations are already working very hard, but it takes some time.”