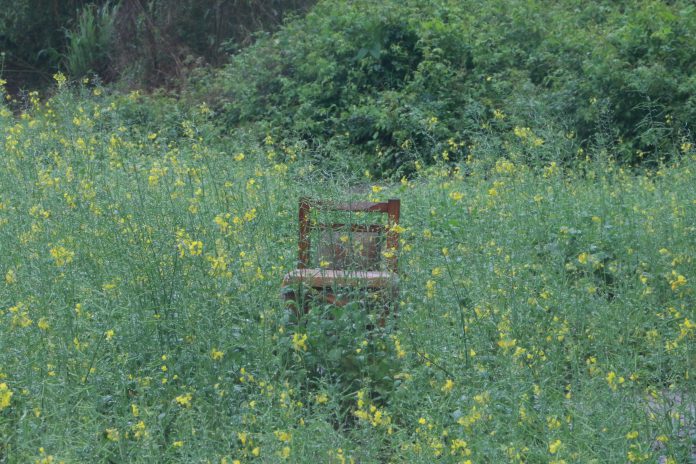 Visitors flocked to remote Sha Lo Tung in Tai Po in February to take in sight of a sea of yellow – a field of canola flowers. But behind this ‘natural’ attraction rages a controversy over the use of the land.

Enclaves are plots of private land next to or surrounded by country parks that the government has excluded from the country parks’ boundaries. This is to avoid infringing on the legal rights of the villagers who live there or own the land. There are 77 such enclaves in Hong Kong.

Here is a potted history of how enclaves came into being: This interactive map shows where the 77 enclaves are located. Click on the marker for more details about individual enclaves. The Sha Lo Tung and Hoi Ha enclaves are marked in red.

Whether and how enclaves can or should be developed is highly controversial and often sees villagers pit against conservationists. Sha Lo Tung is an important habitat for species such as butterflies and dragonflies. The villagers recent planted canola fields in the area to turn it into a tourist spot.

Hoi Ha Wan in Sai Kung is also an enclave. The area  was covered by an Outline Zoning Plan in 2015. The Outline Zoning Plan sets out approved uses for the land and major road systems. Hoi Ha is an area of  high ecological value because it is home to many precious coral reefs. However, the number of coral reefs has decreased recently. Some say this is due to the increasing level of development.

Environmental groups oppose development in enclaves because they say it will ruin the ecosystems and damage the environment. They urge the government to conserve the enclaves by for instance, incorporating them into country parks. However, villagers say they should have the right to decide how the land is used as they own it. .

A former country parks official and professor of geography, Wong Fook-yee says the demands of different stakeholders, including villagers, developers, environmental groups and the government have to be balanced. Wong says there needs to be more public education to raise awareness of the enclaves issue. He also suggests Hong Kong consider the setting up of a charitable trust to raise public donations to purchase private land that has high ecological value.