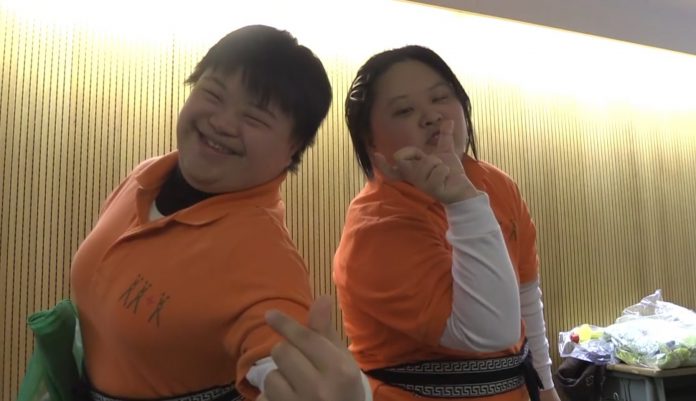 People with Down Syndrome live long and meaningful lives, but will they soon disappear?

Down Syndrome, a condition where babies are born with an extra copy of chromosome 21, is the most common genetic disorder, affecting around one in every 792 live births. The anamoly affects physical and mental development, and people with Down Syndrome have varying degrees of usually mild to moderate intellectual disabilities.

However, with advances in medical care, knowledge and support, people with Down Syndrome are increasingly integrated into mainstream society, lead rich, meaningful lives and make full contributions in the workplace.

Ho Kit-ting and Fong Ho-pong both work seven hours a day as cleaners in the Down’s Kwan Ngai Service Team, doing tasks that range from car “beauty work” to cleaning public facilities and offices. They have received positive comments from employers for their diligence and sense of responsibility.

Outside of work, people with Down Syndrome pursue their interests and develop their talents. The Down’s Cantonese Opera Group was set up by the Hong Kong Down Syndrom Association (HKDSA). The troupe consists of 13 members who have Down Syndrome, and some of their parents. In December, the group put on a public performance at The Chinese University of Hong Kong after months of practice.

Advances in medicine and technology have also improved pre-natal tests for detecting Down Syndrome. In the past, such tests would involve the extraction of fluid from the uterus or placenta using a needle or probe. This invasive test carries risk of miscarriage and a chance of false-positive results.

In recent years, the director of the Li Ka Shing Institute of Health Sciences, Professor Dennis Lo and his team developed a non-invasive procedure testing fetal DNA found in maternal blood plasma. This procedure is much safer and more accurate than the invasive tests.

However, it has not been completely free of controversy. In some western countries, there has been concern in the Down Syndrome community that the new test may lead to an increase in the number of foetuses with Down Syndrome being aborted. They think this may lead to the “extinction” of Down Syndrome people.

Maggie Yeung Pin-mui, director of the Hong Kong Down Syndrome Association says she has not observed any obvious drop in the number of the new cases of Down Syndrome people in Hong Kong so far. But regardless of how many people there are in Hong Kong’s Down Syndrome community, she hopes mainstream society can put aside their prejudices and treat them as people just like everyone else but who may just have a different way of learning.