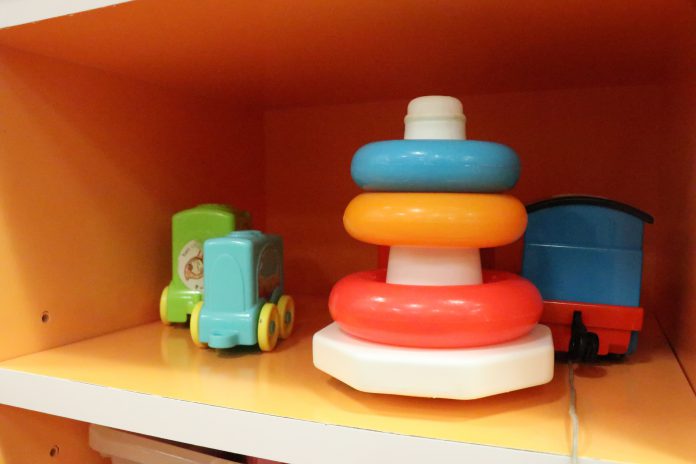 Children as young as toddlers are now dealing with stress from parental expectations and kindergarten hunting.

In May 2018, Hong Kong Playground Group interviewed 3,279 youth aged between 6 to 24 years old. Results showed that over 30 per cent had poor mental wellness, nearly 70 per cent suffered from insufficient sleep and around 40 per cent had insufficient exercise.

“Overall, I think Hong Kong children’s stress is increasing,” Chan says, “even to the point of juvenilization, meaning they start to suffer from stress at a younger age.”

She says toddlers are stressed from interest classes and kindergarten interviews, citing the case of a boy who could not stop crying outside a kindergarten. His mother tried to smooth talk him to go inside for an interview, telling him that everything would be okay and it was just for fun. However, her actions, such as dressing him in formal attire, revealed her expectations, and the boy would not budge.

Why is mental health of Hong Kong children declining?

Chan blames fierce competition for making children become more stressed. She says parents nowadays hope that their children can attain excellent achievements. They schedule many extra-curricular activities for their  children so that their curriculum vitae can be appealing and attractive. Competition among toddlers for the admission of elite kindergartens is vigorous. The playtime and rest time for children are curtailed with tight schedules and preparation for interviews.

“I think the consequence of having a competitive environment is that children can learn of win and loss and sense the tense expectations, atmosphere, and divide,” Chan says.

As the competitive atmosphere prevails at such an early age, children may be more sensitive to winning and losing and become more aware of their own performance. This also stems from the child’s ability to sense parental expectations. As a result, they often expect good performances from themselves to meet those expectations, which adds to their anxiety.

Chan adds, “They won’t have enough courage and won’t be adventurous enough to try new things. This is a sign of anxiety in children, and it sometimes grows to the point of evasion.”

If children fail to accomplish certain tasks, their self-esteem will be undermined more severely. However, on the other extreme, children who expect more of themselves may also become perfectionists.

To avoid exerting excessive stress on children, Chan thinks that  parents’ attitude are essential. “When children suffer from anxiety problems, 70-80 percent of their parents also suffer from anxiety problems too,” Chan says. Most of the therapies rely on the efforts of parents. They need to consider how to adjust their children’s schedule, and offer enough space for children.

She also suggests that parents should focus on building  emotional attachments with their children and devote more time to play with them. For instance, activities such as story-telling, physical activities or outdoor natural exploration should be indulged, rather than excessive enrollment in playgroups and interest classes.

How do we recognize children’s anxiety problems?

Suki Lung Wing-kei, a registered arts (expressive arts) therapist of AThR, says that anxiety problem can be divided into behavioral and mental anxiety. On behavioral anxiety, children will show their nervousness when meeting strangers, and they will be reluctant to be separated from their parents. As for the mental issue, children may suffer from nausea, headaches and stomach pain. Lung also adds that it is easy for parents to know whether their children are suffering from anxiety or not as they are willing to expose their inner emotions.

‘The mental health problem in one’s growth development is very essential. If the anxiety problem of children is serious, it will affect their social interactions like being afraid of speaking to outsiders or becoming very passive in learning,’ Lung adds.

Lung recalls a child from a single parent family in her child development class. The boy pulled at the door frame with his arms and legs to avoid walking into the room.

“He needed some time, so we slowly built up a relationship with him, and let him perceive that the environment is safe. We also gave him a certain extent of self-autonomy to do what he wanted in class,” she says. After a period of settlement, the child ended up making friends, participating more and even telling his mother about what he did in class.

A way for children to relieve their stress

Walter Assang, program director of The Little Gym of Hong Kong, says he established the baby gym because he wants to introduce Western style of learning activities to Hong Kong  children. The gym provides classes like gymnastics, dance and sports skills for children aged 4 months to 12. It aims to strengthen both mental and physical development of children through movement-based learning and imaginative role-playing.

Assang adds that courses provided by the gym embrace a proprietary philosophy called Three-Dimensional Learning. The growth of children can be fostered in three holistic dimensions: physical, social and emotional development.

“We want to nurture  pre-school kids with a positive personality and attitude so that they can be more prepared for school and have more effective learning,” he says. When young children can expose themselves to a larger social circle and increase their interactions with others, their confidence can be boosted and they will be less afraid of facing the crowd at school.

Apart from improving social development by interactions and physical health after sweating and exercising, Assang also says that baby gyms are able to relieve the stress problem of children. He reckons the learning environment of Hong Kong is stressful as it emphasizes schooling in a more academic way than  Western countries, especially for those conventional schools. Children can only sit quietly in classrooms or else they will be scolded by teachers.

In the baby gym, kids can explore and try new things without any confines. Autonomous thinking is developed as there is no restriction or instruction for children. Thereby, children can do whatever they want, having free playtime while their health conditions are alleviated.