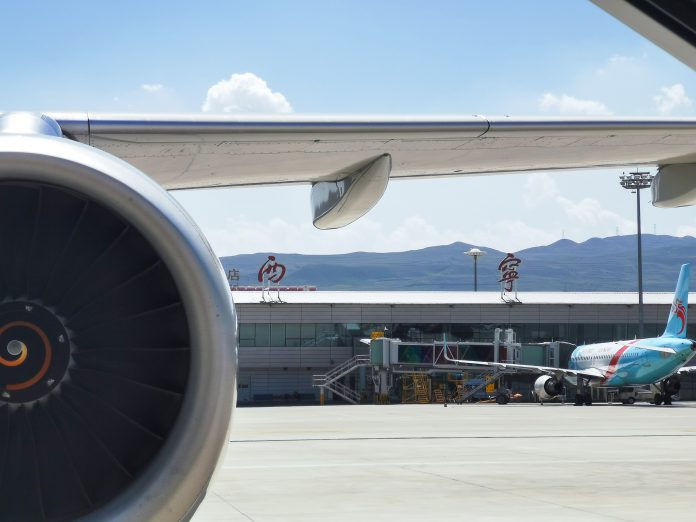 Aviation industry in China is undergoing changes during the pandemic.

“The public only talks about how crew members are facing a challenging time during the pandemic,” says Daniel Li*, a maintenance worker who conducts pre-flight and post-flight safety checks of a state-owned airline in China.

COVID-19 has taken a toll on the whole aviation industry. Pilots and flight attendants grab all the headlines, but little attention is paid to other workers in the industry.

“We only get blamed for accidents or safety problems, but people seldom care about our difficulties,” Li adds. He refuses to reveal his company name as receiving an interview privately is strictly forbidden for employees of the airline during the pandemic.

“We only get blamed for accidents or safety problems, but people seldom care about our difficulties.”

Apart from flight checks, Li also has to conduct daily maintenance work of airbus fleets including models such as Airbus 320, 330 and 350 families, which fly domestic and international flights. From early February to early April, all airplanes were grounded, only 10 per cent of his company’s fleet was used.

“When a plane has not been used for months, anything in the plane can go wrong – its engine, its landing gear, or flight control surface,” Li says, adding that having many planes parked on the ground means financial loss for the airline.

Li’s work was mainly about conducting flight inspection before the pandemic. Since many planes are parked on the ground, airlines are facing deteriorating condition of some planes.

Li is also deployed to conduct maintenance work for planes on the ground. But he has little time to learn skills required for the new task. “We need to learn all the maintenance manuals in English and how to repair and replace components. But time is limited,” Li says.

The good news is that state-owned airline employees do not worry about job security, and workers like Li are very much needed during the pandemic.

Though he can keep his job, Li’s bonus pay has been largely cut by nearly up to 80 per cent, as the airline suffers from financial loss during the pandemic.

“Though the basic wage counts for a large percentage of my monthly salary, it still cannot cover my loans,” he says.

“Though the basic wage counts for a large percentage of my monthly salary, it still cannot cover my loans.”

Oba Yu*, a Boeing 787 captain working for a private airline in China, shares that he also experiences changes in work arrangement due to the pandemic.

“More pilots are needed, as many passenger flights are converted to international cargo flights,” he says.

Yu says pilots’ income has not been affected much, but it is a different story for flight attendants.

He explained that flight attendants’ salaries are based on flying hours. The flying time takes up 50 per cent of the total salary.

“Flight attendants are not needed, since there is no passenger on these (cargo) planes,” Yu explains. “Each flight usually needs 12 attendants, but now they only need two to three crew members (for cargo flights),” he adds.

Many flight attendants have to make a living by doing something else. “They started to find other ways to earn money, like selling cosmetics or hand-made products on WeChat,” Yu says.

“They started to find other ways to earn money, like selling cosmetics or hand-made products on WeChat.”

The situation improved in September and October. The pandemic was largely under control in China, and the week-long national day holiday also helped boost the demand for domestic flights.

The pilot believes the pandemic will alter the development of China’s aviation industry in the coming years.

“It will probably take three to five years for the international flight volume to recover to the level before the pandemic,” Yu says.

“Over 90 per cent of the domestic flights in China have resumed since late August. The industry will focus more on developing more domestic flight routes in the coming years,” he adds.

While employees of the aviation industry are coping with the new normal, fresh graduates of aviation universities are facing challenging time in job hunting.

Lian Zhongyuan, who studied inflight service, graduated from Tianjin Transportation Technical College in June last year. He considers himself lucky as he managed to be recruited by China Southern Airlines at the end of last year.

“There is basically no recruitment exercise for flight attendants this year,” Lian says.

But he still has not joined orientation training. “The three-month training was supposed to begin right after the Chinese Lunar New Year. We are facing indefinite postponement, and some airlines have even cancelled the training until next recruitment,” Lian says.

Some of his peers are struggling whether they should wait for opportunities in the aviation industry – which was already extremely competitive before the pandemic – or look for other jobs.

A final year student of a pilot training college, Anpanman Zhang* is struggling about what to do in the future.

“It takes four to five years of training in order to become a qualified pilot. Many exams have been deferred and certificates have expired, graduation is also affected due to the pandemic,” Zhang says.

“The number of trainee pilots will continue to grow, as most airline companies have frozen recruitment. It will be very difficult for us to find a job,” Zhang adds.

Xiao Mo is an Airbus 330 captain who has worked in a state-own airline for nearly 10 years. He says training is so tough and time-consuming that he has some regrets about being a pilot.

“I don’t have the opportunity to cultivate any other hobby. Flying is my only hobby, my future career and my life,” Mo says.