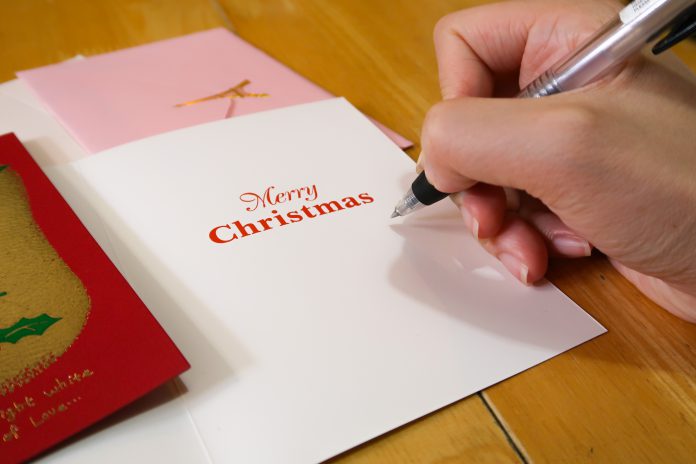 Mymailbox852 is an organization that promotes letter writing when people nowadays mainly text and send emoji.

When was the last time you wrote a letter with a pen? In this digital era, people always use instant messaging tools for communication.

Diana Lee Tsoi-wing founded Mymailbox852 in 2013 to spread love and happiness through handwriting. She was motivated by a disappointing experience her younger sister had after writing a letter to Santa Clause.

“My sister only received a response letter template from Santa Clause. I think children will be upset if they receive such a reply. So I decided to be Santa Clause and handwrite reply letters,” she says.

Replying to letters as Santa Clause in December 2013 was their first campaign. Only Lee and two to three of her friends helped to handwrite reply letters during that time.

“As many did not know about our campaign in the first year, we only received around 100 letters,” Lee recalls.

The campaign is now an annual event. Over 100 volunteers are recruited and around 3,000 to 4,000 letters are replied each year. They occasionally set up stalls in carnivals and markets in Hong Kong and Taiwan to promote letter writing.

Lee says volunteers are recruited through online promotion, schools and referrals from partners.

People can send letters to them by post, Google form and write letters at carnivals and market stalls. Volunteers will reply to the letters and send them back.

Lee says senders sometimes share their problems and difficulties in their letters. For example, they write about being stressed out by school or their family members suffering from severe illness. They also reply to letters from public examination candidates who seek support.

“The limitations of replying to letters is that we cannot physically help them. But we can give them encouragement and help turn their negative vibes into positive energy by using counselling skills,” says Lee, who studied counselling at university.

She says camps and workshops are held to train volunteers. They learn how to do replies in training sessions and form friendships with each other through the activities.

“In Hong Kong, people talk to their friends instead of social workers when they feel sad. If volunteers gain some counselling skills, they can help others,” she says.

Lee says volunteers with different backgrounds can brainstorm more ideas to help letter senders and learn from each other through discussions.

“If you are one of our volunteers and you are a student, you may not know how to write back to someone who is jobless. Another volunteer who has a job can help you and you can learn too,” she adds.

Lee welcomes everyone to join her team. “The most important trait is sincerity,” she says.

“Everyone can be a counsellor. It does not matter if you have not been trained in counselling or lack empathy. Others will help you. If you are willing to try, you will know how to respond to others’ emotions and concerns when giving replies,” she adds.