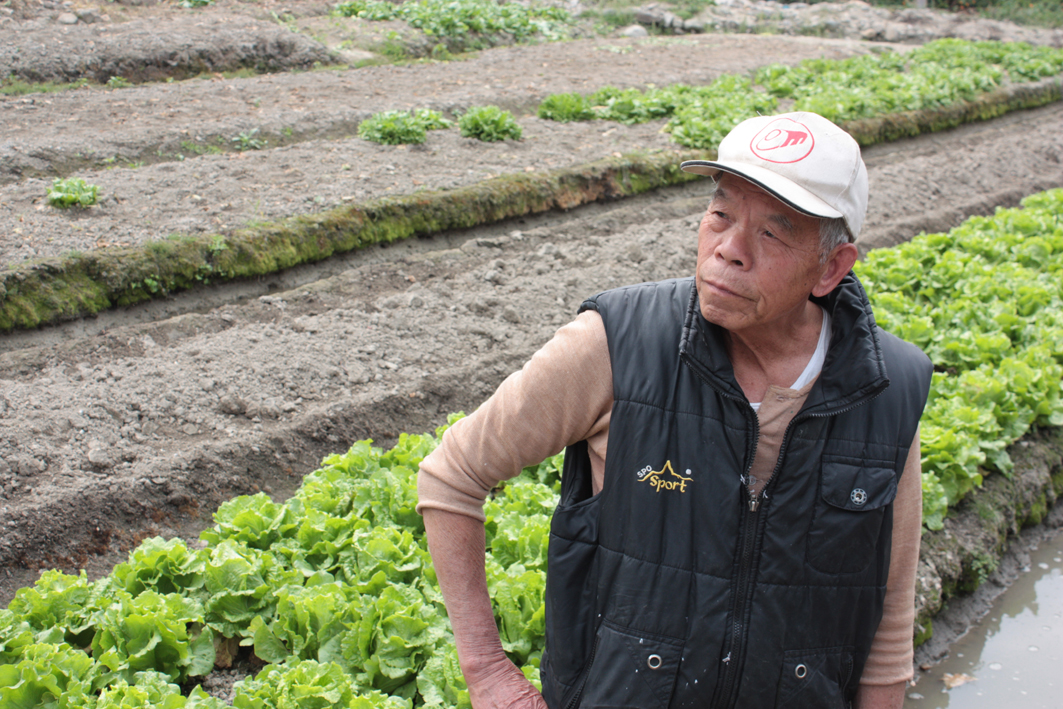 Shoppers do not just look for low prices, when they buy vegetables, they also want quality. This could provide the key for the survival of the local farming industry in the face of competition from imported farm produce.

According to the Census and Statistics Department, daily imported fresh farm produce from the mainland makes up more than 90% of Hong Kong’s total food supply. This has driven down the price of local farm produce.

In an attempt to give local farmers a competitive edge, if not on prices then at least on quality, the Agriculture, Fishery and Conservation Department (AFCD) launched the Accredited Farm Scheme with the Vegetable Marketing Organization (VMO) in 1994. The scheme emphasizes food safety, integrated pest control and proper use of pesticides.

Accredited farmers were told that they could sell their produce at a higher price and that the VMO would be responsible for marketing their produce. A Good Farmer image has been used since 1998 to publicise the accredited vegetables. However, some farmers who joined the scheme say they do not see much of a difference. Also, conventional farmers are not motivated to join the scheme unless they are invited.

In recent years, small local farmers have been turning to organic farming to avoid fierce direct competition with mainland imports. Local organic farm produce has increased accordingly. Statistics from the AFCD shows a rise from 185 tonnes in 2006 to 231 tonnes in 2010.

Organic support services, including technical support and farming advice, are provided by the Tai Lung Experimental Station to organic farmers. The number of farms receiving the service is increasing.

As part of the government’s plan to encourage the conversion of farms to organic ones, the Hong Kong Organic Resources Center (HKORC) was established in 2002. In 2004, the HKORC introduced a set of organic production and processing certification standards applicable to local farm produce.

However, there is no legislation regulating organic farming at the moment. In other words, farms may claim to be organic before obtaining the certification from the HKORC. Out of the 300 and more organic farms operating today, only 84 are certified.

It is too soon to say turning organic is the best solution to the problems that local farming industry faces today. Some farmers are reluctant to practise organic farming due to the high conversion cost, while some are held back by physical constraints.

Farming is never as simple as ploughing, seeding, weeding and harvesting, but requires careful management in different dimensions. It takes time to grow a crop, likewise, it takes times to solve a problem.