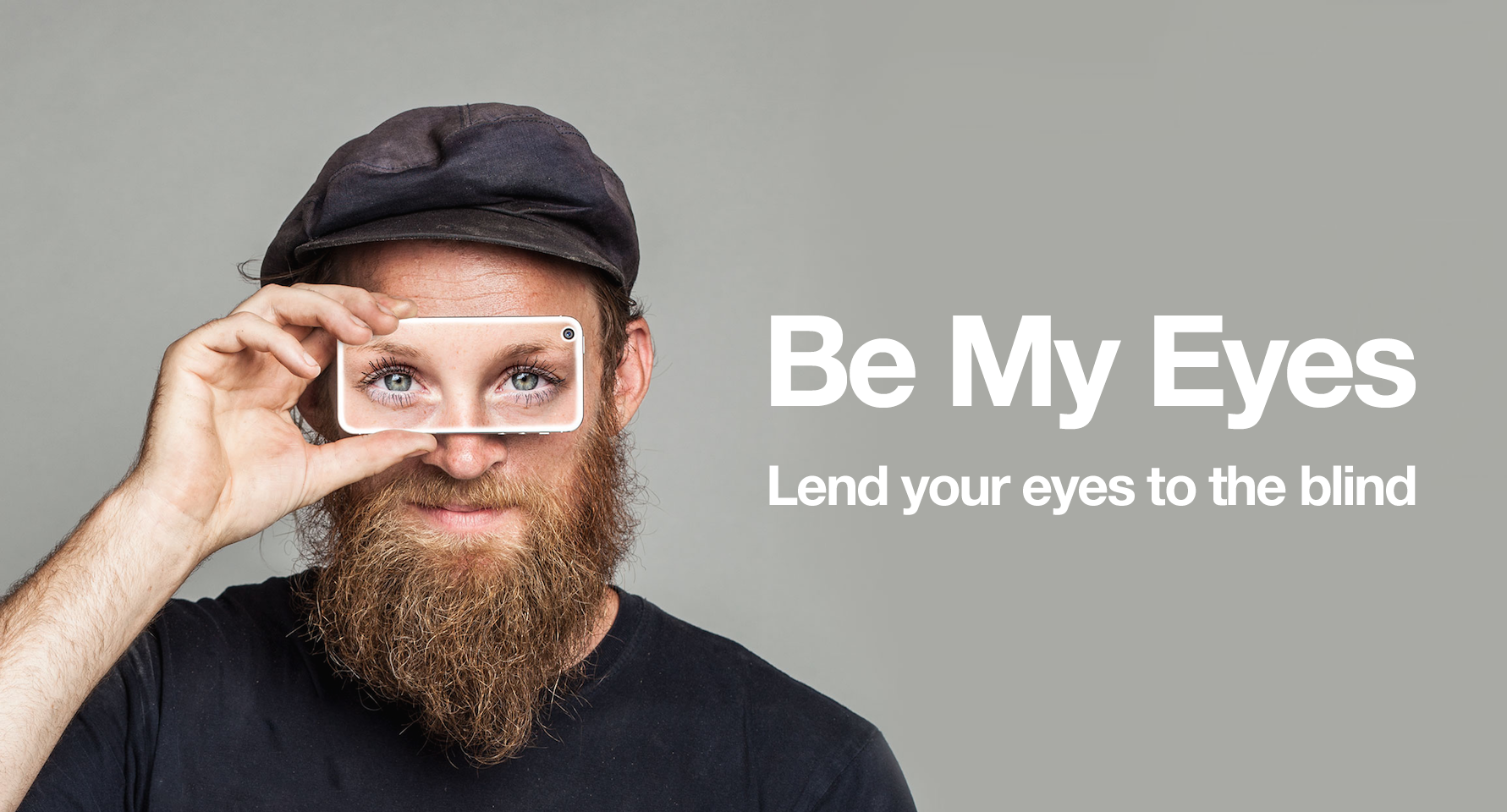 Mobile app lets you become the eyes for the visually impaired

Imagine that you are blind. You have to press an elevator button without markings you can feel and no one is nearby to help you. What can you do?

Be My Eyes, a free iOS application developed by Hans Jørgen Wiberg, can let you be eyes for the visually impaired.

Be My Eyes connects blind people with volunteers globally through live video chat. Users first have to indicate whether they are sighted or blind. Blind users can simply direct their phone’s camera on anything they need help with. Through video streaming, helpers can ask questions, communicate with the blind and provide instructions to assist them.

The Magic Tap feature allows blind users to ask for help by double tapping the screen with two fingers, while the sighted users can indicate their availability by tapping a button. A notification pops out whenever a blind user requests help. What if the helper is busy? Through a simple tap, they can deny the request and the app will notify other volunteers until one is found.

Users can rate and report misuse after each aiding session and anyone who abuses the system will be kicked off the network. The calls can only be placed between 7 a.m. and 10 p.m. in order to prevent helpers from being disturbed at midnight.

The app takes advantage of an iPhone feature called VoiceOver, a screen reader which assists the blind through synthetic speech and a touched-based interface to use the iPhone. This convenience allows quick publishing of the app in iOS but not in Android, although development of the app for Android is currently underway.

Wiberg, the app’s founder, is also visually impaired, with only five-degree vision and has first-hand experience of the inconveniences experienced by the visually impaired in daily life. After learning that his visually impaired friends were using the video-calling feature on their smartphones, he quickly came up with the idea of making this app and presented his idea to build a network of volunteers in April 2012 in the Startup Weekend technology competition in Denmark.

Together with Thelle Kristensen, his technical collaborator, they refined the app using Wiberg’s ideas and existing technology. The team will come up with a sustainable business model by September 2015, when their initial funding comes to an end.

Be My Eyes has now attracted more than 130,000 sighted users and more than 12,000 blind users. It is translated into 70 other languages and you can add new translations which are approved through crowd-sourcing.

Instead of just immersing yourself in mobile game apps, share your eyes and give help within just a few minutes.

Be My Eyes is now available for free on iOS. For more information, check out their website at http://www.bemyeyes.org.