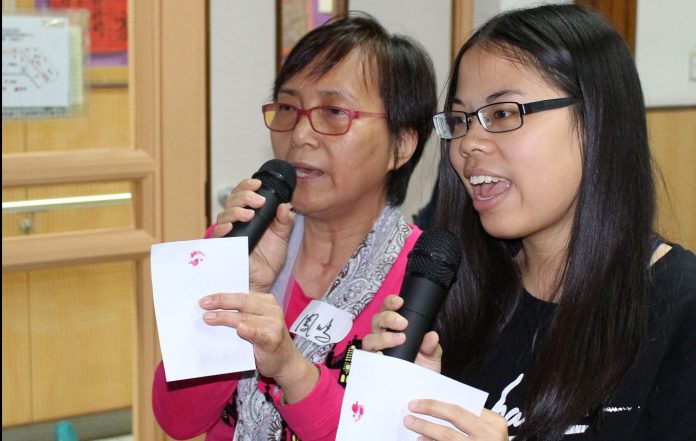 Young and old do not have to be at loggerheads

When it comes to their impression towards the elderly, many youngsters may think of terms such as stubborn, arrogant or garrulous. On the other hand, seniors who are asked to describe the young may resort to using terms like reckless, impatient or disrespectful.

Due to their different life experiences, the two generations are likely to hold different values and perceptions. For example, the elderly value stability and a higher living standard but younger people may think freedom and their rights are more important. Some young people would risk the stability of their lives to pursue these ‘higher values’. Given these differences, clashes seem inevitable.

According to a report by the Japanese Ministry of Health, Labour and Welfare in 2016, Hong Kong people enjoy the longest life expectancy in the world. Given this and the city’s low birth rate, Hong Kong has the second-highest proportion of people aged 65 or above in Asia. Therefore, young people are bound to come into contact with the elderly at some point.

Despite the perceived hostilities between the generations, relations may not be quite as dreadful as we think. A study called ‘Cross generation: Fallacy and Truth’ by the Department of Applied Social Science of The City University of Hong Kong and conducted from September 2014 to April 2016 found that the more young people understand about elderly, the more friendly they are towards them. Around 80 per cent of university students who responded to the survey feel positive about the elderly and are willing to talk to them. Similar results were reported for the way the elderly felt about young.

In fact, there are a number of charities and other groups offering various activities to promote and encourage communication between the two generations. These activities range from playing games together to, biography writing sessions and elderly home visits.

Emily Ng, a student of The Chinese University of Hong Kong, rarely got along with the elderly before several visits she made in Sha Tau Kok. After her visit, she realized that in contrast to what is portrayed in the media, the elderly are willing to listen and try to understand her. When she talked about the difficulties she came across, they would show empathy and tell her they encountered similar situations when they were young. She says she sees harmony instead of confrontation between young people and the elderly.