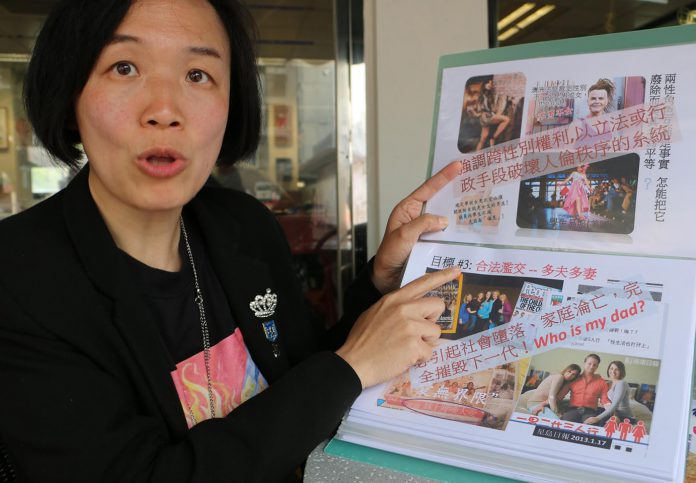 Anti-LGBT activist Joyce Chiu Pui-yuk says she is guided by God and the Bible in her bid for the New Territories East seat in Sunday’s Legislative Council By-election.

Chiu, who describes herself as a guardian of the city – says the defence of  “traditional” family values is at the centre of her platform.

Although the by-election is taking place against the backdrop of a slew of controversial issues such as co-location arrangement for the Express Rail Link and legislation of Article 23, Chiu says she does not have a clear stance on any of them. Instead of taking sides in the debates, she says she would make up her mind by following the words in the scriptures, even if this would lead to going against public opinion.

Chiu is a member of the anti-LGBT rights group, Family School Sexual Orientation Discrimination Ordinance Concern Group. She is best known for her opposition to same-sex marriage.

The 47-year-old former nursery school teacher says she wants to “build a caring society” and is concerned with the learning difficulties faced by students with special education needs. She says more resources should be allocated to this group of children, especially those from low-income families.

Chiu also says there is a need to strengthen the moral education of students and thinks the recent stand-off between students and staff at the Baptist University of Hong Kong over a Putonghua test highlights the need for students to respect their teachers.

For Chiu, a lack of mutual respect is a problem that isn’t confined to Hong Kong’s campuses, she says it is also rampant in the Legislative Council. Chiu is critical of what she thinks is the radical approach of some lawmakers.

“For some people, they would throw things at others inside the Legislative Council chamber whenever they’re dissatisfied with some issues, or they would threaten others in a loud voice. This is not good for Hong Kong society. Lawmakers should be role models in showing respect for others,” she says.

Unlike the other five contenders in the New Territories East by-election, Joyce Chiu is a first-time electoral candidate. She says she is neither with the pro-democracy or pro-establishment camp. But despite her limited political experience and lack of party support, she is confident she can impress voters with her diligence and outspokenness on the issues she is concerned about. “I won’t just talk the talk. I would walk the talk as well,” she says. 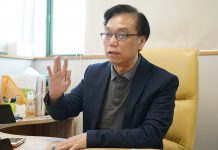