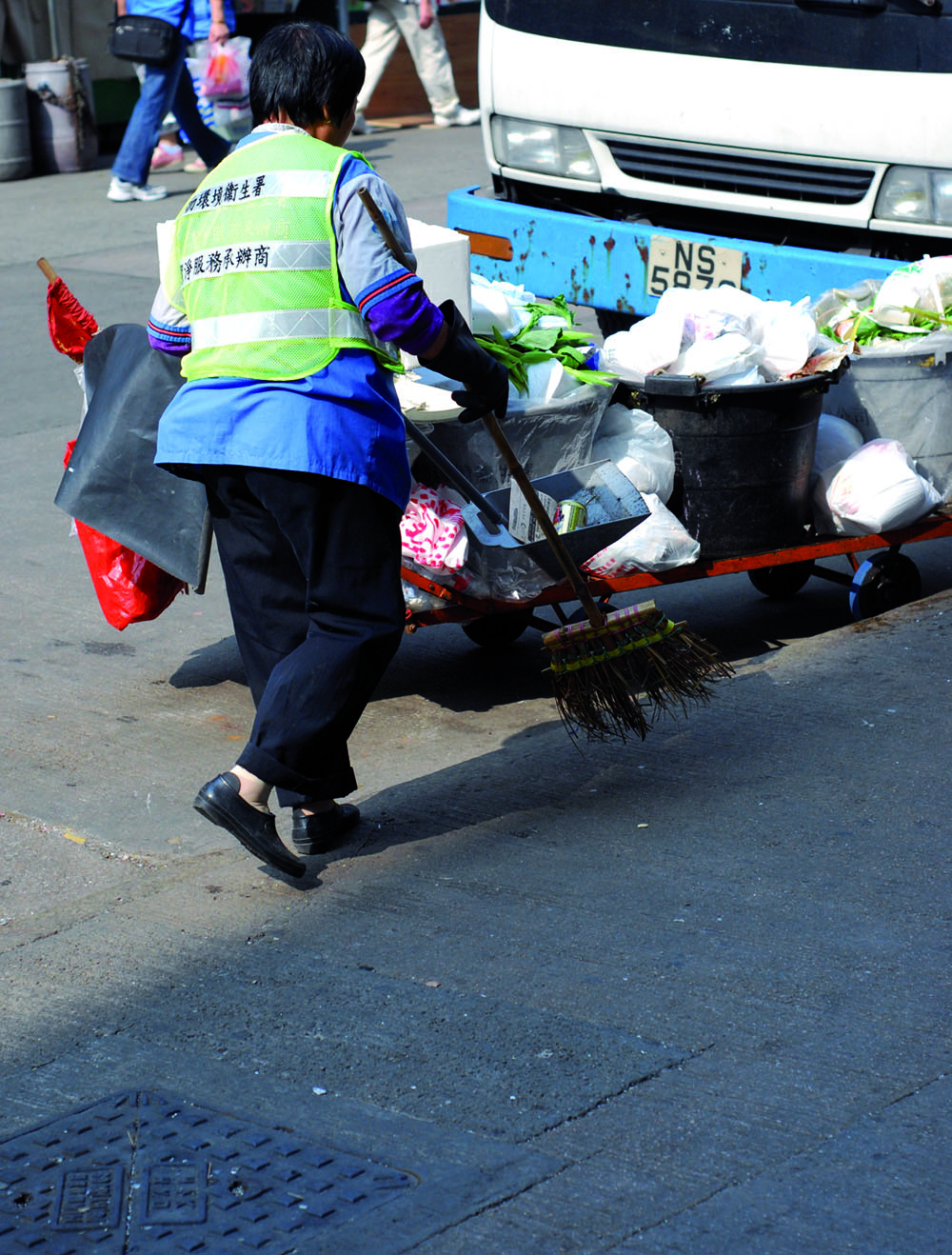 On a typical work day, 50-year old Tsoi Wai-man wakes up at around 5 a.m., gets ready and walks to the office to start his shift as a security guard at 6.45 a.m.

The shift is supposed to end at 7 p.m. but he often ends up staying longer, without overtime pay. Then, he goes home for a quick dinner and shower before it is time for bed and a night’s rest before another long day of work starts again.

“I don’t even have time to watch television. I never have my own time. I feel like I have sold myself to my boss!” he says.

His reward for selling himself to the boss is a monthly salary of $7,495 for a 12 hours a day, 26 days a month job. However, his income is unstable because he only gets to work whenever his company calls him to take up a temporary vacancy. “You work to death when you get calls. But you may get crazy waiting for the company to call you to work after a few days.”

Tsoi’s story is a common one for Hong Kong’s working poor. They tend to be people in their 40s, working 10 or more hours a day and for wages as low as $25 an hour.

A report released by the charity Oxfam earlier this year showed that between 2005 and the second quarter of this year, the number of working poor households had increased by 12 per cent to 192,500. This means one in every 10 families where at least one member is working has a monthly income that is less than half the median income of families of a similar size.

Like many of the working poor, Tsoi has a basic education level. He dropped out from school after form two and has been working for 35 years. He has been working as a security guard since 2005. It is a tough job – Tsoi summarized it using three descriptions – long working hours, low salary and harsh working conditions.

He once worked for nearly 15 hours but was only paid $307. Also, he once worked just 18 days in two months. He is barely able to maintain his daily life with the meagre and unstable income. “Sometimes, I have only one meal a day,” he says.
Security companies may require Tsoi to work anywhere in Hong Kong and he has to spend time and money on travelling to different places of work.

Tsoi is disillusioned with the security industry and has tried searching for different jobs, such as logistics clerk and outdoor office assistant. His attempts have all failed as employers prefer to hire younger, better educated workers who are willing to accept a low salary.

He also believes he has been punished for exercising his rights. Tsoi appeared in the news media when he demonstrated for better workers’ welfare. Afterwards, his then employer told him to leave, just a week before his probation period ended. “I am sure they fired me because of my actions outside the Legislative Council,” Tsoi grumbled.

But Tsoi’s worst employer was the one he had around two and a half years ago. At the time,his father, a long-term patient, was taken into intensive care. He asked for leave from work but his boss rejected his request. Tsoi had no choice but to quit his job and rush to the hospital. He was there when his father passed away.Still, Tsoi did not have enough money to buy a coffin and hold a funeral for his father. So he asked his friends and the Social Welfare Department for help.

He describes that period as the hardest and darkest time he has ever experienced. His message to employers is: “Labour is your asset, not your burden.”