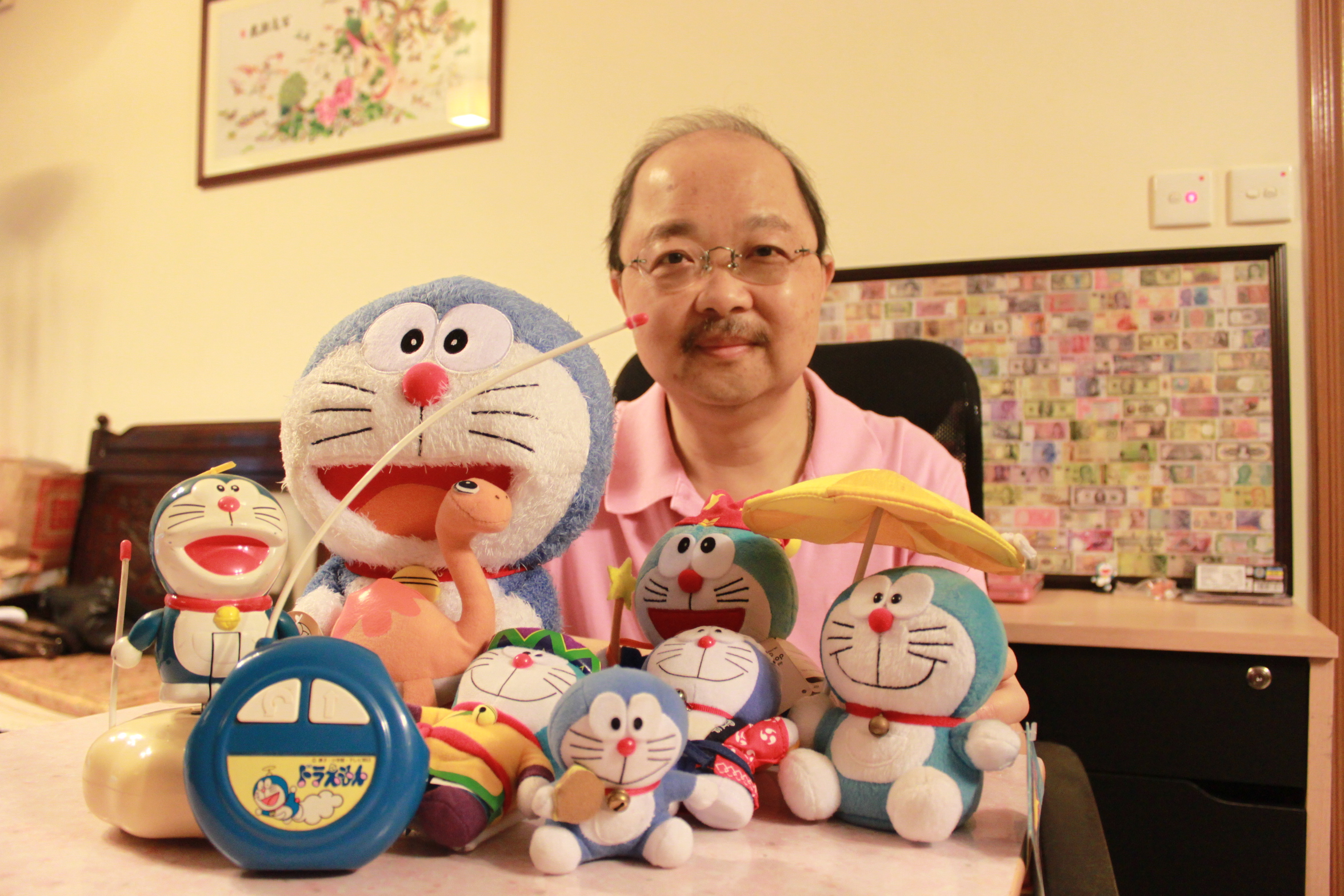 When Varsity mentions that his real voice sounds very different to the character that has made him a household name, Lam Pou-chuen breaks into a laugh and launches into the memorable lines, “Nobita! Wake up la! Wake up la! Hurry and wake up la! It’s time to go to school la! Otherwise you’ll be late again la!” These words are heard in almost every episode of the Hong Kong-dubbed version of the Japanese cartoon Doraemon over the past 30 years.

While Lam’s voice is deeply etched into the minds of Doraemon viewers of all ages, the cat with the magical gadgets is just one of Lam’s great achievements in his 42-year long career as a voice actor. “Voice actors are similar to chefs. If you cook a delicious dish that becomes popular, you will become well-known too,” says Lam.

Lam never set out to be a voice actor. After graduating from secondary school, he applied for bank jobs but failed. At that time, the dubbing industry was still in its infancy. Lam wrote to Television Broadcasts Limited (TVB) to apply for a job as a voice actor and passed the interview. He has been voice acting ever since.

During his early days, Lam did not have the chance to dub even a single word of dialogue. There were no training courses for him and other rookies. They were only assigned to produce sound effects like the sound of footsteps, opening doors and phone dialing with props in the studio.

“We did not have so much professional training like now. We just sat behind the seniors and learned from them while they were voice acting,” explains Lam. “These days there are professional voice actors giving lessons.”

Among his seniors, Lam most appreciates the actor Tam Bing-man, who belonged to the first generation of voice actors in Hong Kong. “I followed and learned from him since the first day,” says Lam. “I call him master.”

Lam did not just observe and learn while he was making sound effects at the back of the studio, he made use of all his time to perfect his art. After he got home every night, he read newspapers out loud to improve his articulation and pacing.