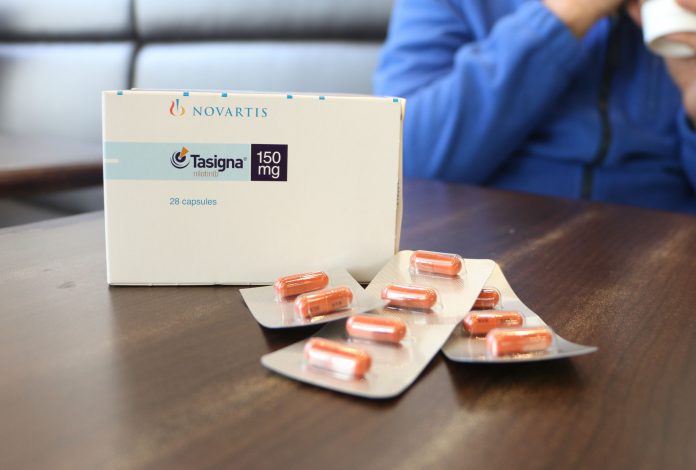 It is a cold morning and Lau Chi-kuen is sitting by the window in a coffee shop sipping his hot coffee. Nothing about him marks him out from other customers, or gives any indication that his life has been turned upside down in recent months.

Not long ago, Lau was a healthy, full-time Baptist pastor with a monthly income of around HK$20,000 and his own property.

Then, for no particular reason, he decided in December to undergo his first body check-up in eight years at the United Christian Hospital. A day after his assessment, the public hospital called to tell him he had been diagnosed with chronic myeloid leukemia, a type of blood cancer.

Wanting to be treated promptly, a shocked Lau decided to seek treatment at the private Baptist Hospital, where they could admit him immediately. He was there for seven days during which time he underwent chemotherapy, as well as targeted therapy.

But it can also be an expensive alternative. In Hong Kong, cancer patients at public hospitals can receive chemotherapy and radiation therapy for HK$80 per attendance. But the price of just one targeted therapy pill can be up to several hundred dollars.

Under the Drug Formulary established by the Hospital Authority (HA), patients can purchase general drugs at a standard charge of HK$10 for up to 16 weeks treatment. There are currently 30 types of targeted drugs that belong in this category.

There are also self-financed items (SFIs) — extremely expensive drugs for which patients have to bear the cost themselves. Some of the pricey SFIs have been shown to be very useful at controlling certain respective diseases. These SFIs are included in a “safety net” – a list of drugs for which patients with financial difficulties can apply for subsidies from the Samaritan Fund or Care Fund, both of which are funded by the government. There are 37 types of targeted therapy covered by this scheme and the level of subsidy depends on a complicated formula that takes into account family income and the cost of care.

Other SFIs, with only an exploratory indication of their usefulness must be bought by patients at their own expense.

Lau’s seven-day treatment at the Baptist Hospital cost him HK$160,000. After being discharged from treatment, he has to keep taking four targeted drug pills a day to control his blood cells. Using funds from his HK$500,000 critical illness insurance claim, he bought two months of medication from Baptist Hospital for around HK$37,800 per month.

Afterwards, he will continue his treatment at the United Christian Hospital, as he  cannot afford the cost of private medical care. The public hospital charges him HK$18,840 per month for his medicine, less than half of what Baptist Hospital charges.

Even so, Lau’s insurance money will dry up after two years of continuous targeted treatment. With his wife’s salary, the family income barely passes HK$30,000 a month, and he admits he has never been more helpless and desperate about his future.

“The thing is, there is no end for this [targeted treatment] and I do not know when I will die,” says Lau. “If I live till 80 years old, I don’t know how I am going to afford this life-long therapy with no subsidy.”

The high price tags of targeted drugs are a result of the patent system. Only the company that holds the patent of a drug can produce it and profit from it. Patent protection usually lasts for 20 years in developed countries like the US and Japan. Pharmaceutical companies say their drugs are priced to cover the cost of research and development, conducting trials, production and financial losses incurred from failed drugs. The size of the market also matters; if the drugs are produced for a smaller and more specific group of cancer patients, they are likely to be even more expensive.

Fortunately for Lau, the drug he has been prescribed for his leukemia is classed as an SFI under the safety net, which means he can apply for subsidy through the Samaritan Fund. However, he says the application process has left him feeling “very helpless and lost”. When he spoke to Varsity, he had already spent two weeks preparing his application and submitted more than 10 documents for the fund’s household-based income and asset review, but still had not completed the process.

“The process is too complicated for me to handle,” Lau says, “I am already troubled enough after knowing my health condition.”

Due to the limited resources of public hospitals, Lau says he normally has to queue for two to three hours for a three-minute consultation with the doctor. This gives him little time to understand more about his health situation, let alone have time to get a referral for medical social workers who could explain more about subsidy schemes.

Lau ended up proactively asking for a referral but was disappointed with the result.

He says the social worker he was assigned made him feel like he was trying to cheat the government out of money. What is more, she did not tell him about other possible subsidy schemes and he had to search for this information from elsewhere.

Indeed, navigating the cancer drug subsidy system can be a nightmare. Lin, a father of two who does not wish to reveal his full name, also faces the problem of unaffordable targeted drugs. He was diagnosed with a gastrointestinal stromal tumour in 2009 and was cured after surgery to remove it. However, he relapsed twice between 2013 and 2015, when the cancer cells spread to his oesophagus and small intestines.

Like Lau, Lin has to take four targeted drug pills every day. It costs him HK$18,000 a month, but his monthly family income is only around HK$20,000.

However, Lin’s application for subsidy from the Samaritan Fund was rejected because he could not meet certain criteria. This was not due to his family income but because to qualify for a subsidy, a patient must prove the presence of a tumour. Furthermore, the tumour should be too large for removal so that the patient has to control their condition through drugs.

As Lin’s tumour was removed in 2009 before it could grow and develop into a fatal stage, his application was unsuccessful.

While he criticises the system, Lin cannot see a way out. “The doctors knew I needed the medicine,” he says, “but there are too many patients and the system is like that, they did not have a choice.”

Fortunately, Lin managed to get a full subsidy from the Apple Daily Fund just when he was about to give up on targeted treatment.

Those who are not as lucky may try turning to non-governmental organisations (NGOs) like the Philanthropic Community Pharmacy of St. James’ Settlement. The pharmacy has been running since 2009 and, in recent years, it started offering targeted drugs at half the price charged by public hospitals.

Leung Pui-hon, a pharmacist working at the charity, serves up to 30 patients a day for free. He explains the pharmacy receives private donations and collaborates with drug companies to subsidise medicine excluded from both the Formulary and the safety net. The pharmacy currently subsidises more than a dozen targeted drugs. It also provides psychological support, referral and counselling services.

Despite expanding from one Community Pharmacy to three since 2009, Leung says they cannot meet the service gap. He says it is a huge financial cost to subsidise each patient to the tune of over HK$100,000 – the NGO cannot cater all cancer patients.

When even the HA and charities cannot afford to sponsor some of the targeted drugs patients need, it is unrealistic to expect patients from the grassroots and even the middle class to do so. Tim Pang Hung-cheong, a community organiser of the Society for Community Organisation (SoCO), believes there is still room for lowering the cost of care for cancer patients.

He suggests the government could purchase medicine from pharmaceutical companies in larger amounts in order to get more discounted prices. It could consider being the purchaser not only for public hospitals, but also for private hospitals.        If necessary, the government could also set a price ceiling to prevent a further increase in drug prices. However, Pang notes this is unlikely to happen as it goes against the government’s non-interventionist approach to markets.

More importantly, what it could do is increase transparency over the process by which drugs are included or excluded from the safety net and the criteria for deciding on and calculating subsidies for patients.

At present, the Drug Management Committee, Drug Formulary Committee and Drug Advisory Committee, which manage and evaluate the Formulary, only involve professionals like pharmacists and professors and there are no patient representatives. Patients cannot participate in reviewing which drugs should be included in the safety net. They are merely notified of policy decisions, not consulted on them, says Pang.

In a written reply to Varsity, the HA says the review process will “take into account scientific evidence on safety, efficacy and cost-effectiveness as well as actual clinical experience in the use of drugs”. It also says the views of patient groups will be considered, but does not explain how.

Joseph Lee Kok-long, legislative councillor for the Health Services Functional Constituency, concludes the situation faced by cancer patients is a result of the conflict of interests between patients, drug companies and the government. Patients naturally want the best treatment for their diseases, and those with less purchasing power expect the government to help. At the same time, drug companies will use different means to pressure the government, their biggest client, to buy their medicines at the highest price.

The government, however, does not have the financial capacity to provide the best and most expensive medication for every patient. The current healthcare system, says Lee, is one where the rich get the best quality care while poorer people get basic treatment. “The government will never admit it adopts such capitalistic approach, because this is politically incorrect,” Lee chuckles dryly, “but it gives people wrong expectations.”

Any change to make the subsidy application process more transparent would be welcomed by Pastor Lau Chi-kuen. Sitting in the coffee shop, he continues to talk about his struggles with his application. He has no idea when he will complete it and given the opaque nature of the process, he does not know when he will be given the result, or even if his application will be accepted.

While acknowledging the complicated situation facing Hong Kong’s public system, Lau thinks the government could at least adopt a more proactive attitude in communicating with patients. “Is the government trying to help patients by standing in our shoes, or just trying to muddle through?” Lau sighs.