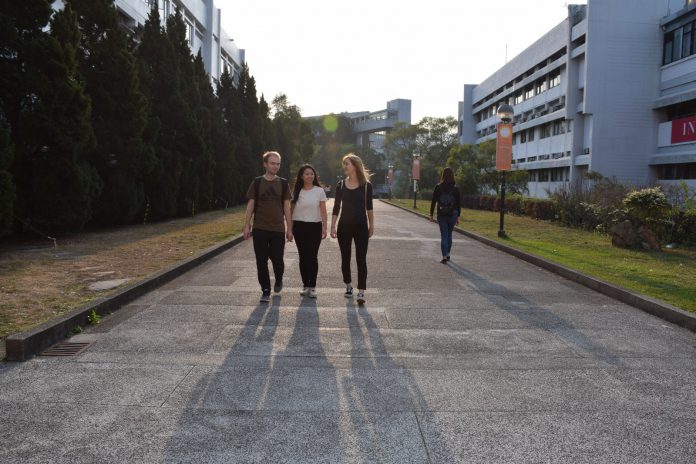 Foreign students feel left out as universities rush to internationalise

Hillary Susanto had expected to meet people and make new friends from all over the world when she came to Hong Kong. Now, as she approaches the fourth year of her Bachelor of Business Administration (Honours) in Management at the Hong Kong Polytechnic University (PolyU), she is bitterly disappointed by the mismatch between her expectations and reality.

“Every article says Hong Kong is an international city and that’s what I thought,” says Susanto. “But I did not expect that they would be this really closed … they close themselves towards foreigners and I didn’t expect that.”

Looking at the composition of university clubs and societies, Susanto says they are all composed of local students and international students have few chances to participate. She cites the experience of a friend from India who tried joining in an activity held by a local society on campus. As the only non-local student at the event, her friend sat for two hours without understanding a thing as the proceedings were conducted exclusively in Cantonese.

“I have the experience of being isolated in a group of local students. So I wouldn’t want that kind of experience happening again,” Susanto says.

However, she does not bear a grudge because she says she understands the culture of local students and their preference to not interact with international students.

“Like when you’re in your comfort zone and you have all of your, you know, friends where you speak the same language. You wouldn’t want to step out of it,” she says.

Like many institutions around the world, Hong Kong universities want to pursue internationalisation to become and remain globally competitive. This is partly driven by university rankings systems which include international indicators in their ranking criteria.

According to the Quacquarelli Symonds (QS) World University Rankings 2018, five out of Hong Kong’s eight publicly funded universities are among the top 100 out of 959 ranked universities in the world. The number of international students, international faculty and co-authored articles has a significant impact on the rankings, with the first two making up a total of 10 per cent. And in recent years, Hong Kong institutions have scored highly in these two areas.

David Ho Wai-lun, a researcher with the SynergyNet think tank and teaching fellow at the Technological and Higher Education Institute of Hong Kong says: “The ranking of universities somehow is just a game that cannot reflect how internationalised Hong Kong universities are.”

Ho, who has conducted research on the topic, thinks internationalisation should be about bringing Hong Kong’s higher education into line with international standards. He says this helps to build up the global networks for academic research and the exchange of knowledge, ideas and expertise. However, he is worried that an over-emphasis on conducting research of global interest and with global impact could lead to neglecting the development of local research. It could also affect the career development of young scholars who want to focus on researching local issues.

Another side-effect of pursuing internationalisation is the use of English in university classrooms. While there are benefits in Hong Kong students achieving improved English proficiency, some students question what they describe as the “overuse” of English in lessons.

Wong is sceptical about universities’ attempts to boost their rankings in order to attract international students. “The most important thing is what kind of experiences you are giving to the non-local students to attract them, and that doesn’t come from rankings,” says Wong.

Having shared a room with a Taiwanese student and a Korean student last term, Wong thinks the needs and welfare of international students are not adequately addressed.

“I feel like they are being thrown in here and then ignored with no support and assistance,” he says.

It is not just the administration side which is at fault. Raees Begum Baig, an assistant professor at the Social Work Department of CUHK, says local students are not sufficiently sensitive to or aware of the presence of international students on campus.

Baig gives an example from her class in which she noticed that during discussion time, a Mexican student who was the only non-local student in a group of four, sat silently while the others spoke in Cantonese.

Baig thinks international students can bring more diverse views into classes. For instance, when she talks about migration in class, European students, whose home countries are experiencing refugee crises can share their points of view with local students.

“So it depends on the students or the teacher how they try to incorporate the two groups together,” she says.

Baig points out that merely having international students studying at a university does not mean the whole campus becomes more international.

“It’s the parallel society within the campus,” laments Baig.

To transcend the parallel society phenomenon, Baig says internationalisation should be defined by daily actions and interactions on the ground.  She thinks internationalisation is only achieved when local and non-local students can really interact with each other and have the same choices in their academic life.

“So it’s all about the same choices and whether we perceive the two batches of students as [having] one identity as students, rather than we always have to separate them as international students and local students,” she says.

Baig is currently working on a study on inclusion on campus and has a group of five students helping her on the project. Park Soo-bin, a Korean member of the team, thinks there are very clear-cut social circles on campus and that international students and local students belong to different ones.

Leung Mei-sze, the only local in the group, thinks the university wants to welcome more international students but local students do not give them any support.

“In the societies’ promotion period, you see the dem-beats [cheering], or the tiny leaflets that they gave out are also in Chinese,” says Leung.

Simone Charlet, a German member of the group, adds that language is only a symptom of the underlying reasons for the separation. “People don’t see us as one of them,” she says. Charlet thinks there are many barriers and walls in people’s minds and that local and international students are not really one. She for one, feels excluded.

Instead of just trying to attract international students, Albrecht hopes the university can go a step further and think about what happens when they get here and provide assistance for them.

Cheng Kai-ming, an emeritus professor in the Education Policy Unit of the University of Hong Kong (HKU), agrees universities have a role to play and should think carefully about what to do after international students are admitted.

Cheng thinks Hong Kong, as a metropolis, should not have universities that are confined to local students. He thinks it is not the intention of the universities to admit more mainland students, rather that there is just an overwhelming number of students from the Mainland applying to universities all around the world. “It’s nothing about good or bad. It’s that you have to live with such a situation,” he says.

All UGC-funded institutions in Hong Kong have a cap on non-local students, where they may make up to 20 per cent of the undergraduate population. Peter Li from the International Office of the Hong Kong Baptist University (HKBU), says that of this 20 per cent, they aim to admit 10 per cent from mainland China, and 10 per cent from other parts of the world. “Basically for diversity sake, to make sure that, you know, not creating a ghetto type of situation on campus to make sure that we are keeping balance so to speak,” Li says.

Li admits that, in order to improve or maintain a university’s ranking, it is necessary to be able to present some numbers. While bringing in international students would boost these numbers, he hopes the numbers do not dictate the kind of programmes and activities that take place on campus. After all, Li says, ranking is not everything.

“In my opinion, I think internationalisation is beyond the numbers,” he says. “Like it or not, local or mainland or other international students, if you have a critical mass, chances are students will try to interact.”