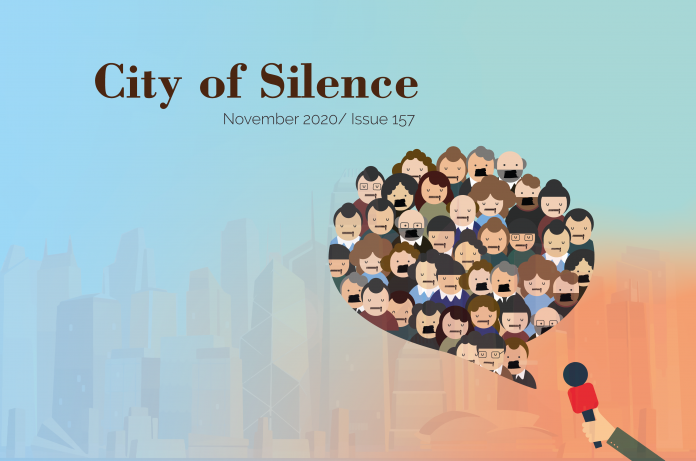 With the introduction of the national security law this year, fear is in the air in Hong Kong.

Content providers in journalism, publications and music industry are worried whether their creation will lead them to legal traps.

Our Periscope section looks into creative industry’s fear under the new law. We try to look at content providers who are affected by the law and their ways of coping with the situation.

Soon after the law was introduced, books written by prominent pro-democracy figures were removed from public library shelves, triggering fears and concern for freedom of speech. We talk to independent booksellers to understand their worries about vagueness of the law.

Security concern when doing reporting or conducting interviews grows after the implementation of the law. Some journalists are self-censoring their works to avoid violating the law. We speak to journalists to learn their concerns and worries about press freedom that Hong Kong was once proud of.

This issue of Varsity also features a wide range of stories in different places, such as Chinese students’ visas being cancelled by the U.S. and cinemas hit by COVID-19 in China, pregnant women doing strength training in Taiwan, press freedom under threat in Indonesia, and overworked delivery workers in South Korea. We also have coverage about Hong Kong on other issues such as young people starting e-business amid the pandemic, overworked domestic helpers, popular trend of eating vegetarian food and online counseling service. Enjoy the read!